Church Modesty and Militant Breastfeeding – Do They Mix?

I get that this is a touchy subject for some women, especially nursing mothers. That being said, are we so far gone in this world that it should be a problem in the church?

Apparently it is an issue that needs to be addressed, before we get too far down this particular rabbit hole.

A case in point would be a Brighton, Michigan church – the Naz Church – wrestling with the prickly issue of mothers openly breastfeeding their babies in the church environment.

Amy Marhant is the 29 year old mother at the center of the controversy.

Back in June, Marhant explains, she was waiting to pick up her twin 4 year old girls, when her 1 year old daughter began to get fussy. To calm the child, she plopped down on a bench and began breastfeeding.

I breastfed my son. I’m a supporter of the practice, fully believing in the health benefits, as well as the bonding process between mother and child.

The line gets a bit less clear when you factor in just how much freedom should be allowed for those breastfeeding mothers in public.

In the case of Marhant, her choice to whip out a ninnie and feed her child on church property took on a controversial turn, when someone with the church reached out to Marhant about her decision.

“She said that ‘nursing fully exposed,’ the term she used, was making people uncomfortable,” the mother said.

“She told me to cover up, use an empty classroom, or go down to the main worship area, to part of the bathroom, but which has a nursing area attached to it. It wasn’t presented as an option. She told me to do one of those three things from now on.”

According to Marhant, no one said anything to her at the time, so I’m assuming she was allowed to feed her child, uninterrupted. As she says here, the church official who reached out to her did it privately, one on one, through a Facebook message.

So I’ll go ahead and give my thoughts here, based on what Marhant says happened.

To begin with, the church official who approached her in a Facebook message did the right thing. She didn’t blast Marhant on church grounds, or in front of anyone else. She explained to her why it was an issue (it made others uncomfortable), and then gave her several alternatives.

This was civil and reasonable.

This is where the militant breastfeeders usually take up arms (or something else) and begin railing against those who have a problem with open breastfeeding.

Marhant went on to say that the official that reached out to her suggested exposing her breast to breastfeed could lead to lustful thoughts in some of the men.

“Of all the places, it is most hurtful when it comes from your own church, that you are going to cause guys to lust after you,” Marchant said about her experience.

“I was told it was immodest, that it was not shaming, that (breastfeeding) can cause men to lust and stumble,” she added. “They said as long as they provided places for women to nurse, they didn’t have to allow them to nurse anywhere.”

No, breastfeeding is not a sexual act, but because most of us would not see it that way, doesn’t mean that there are none who struggle, so why take that risk?

The pastor of the church, Ben Walls, Sr., has apologized to Marhant for any embarrassment or pain she is now feeling.

“That is what we want to say — we have nothing against breastfeeding and we are in favor,” the pastor stated.

“It’s very hard because we understand that she was very hurt and we apologize to her. We’re very sorry for the embarrassment and hurt caused when she was asked to cover or use one of those rooms. We apologize for her hurt and embarrassment; that wasn’t the intention.”

That’s a reasonable and sound apology, but was it warranted?

Marchant is obviously thinking more of her own comfort level, than with being part of a church community and taking the feelings of others into account.

“Even if I wanted to go somewhere private, that’s not reasonable when I have to watch my 4-year-old twins, and legally speaking, it’s not something she is allowed to ask,” she added.

Even if I wanted to…

So there it is. The very core of the militant breastfeeding movement. As I said, it’s about self first.

It’s definitely not about the needs of the child. I promise you, a breastfeeding baby doesn’t care if you’re in an open area or a private room. The desire to announce to the world: “LOOK AT ME! I’M A GOOD MOTHER! I CHOSE THE BREAST OVER THE BOTTLE! LOOK AT ME, I SAID! LOOK AT ME BREASTFEEDING!” is strictly limited to the ego of the mom.

This time last year, Pastor Steven Furtick’s Elevation Church, in North Carolina, faced a similar controversy, when a nursing mom decided in the middle of a service was the right time to feed her child.

Elevation Church released a statement arguing that “a volunteer had a conversation and felt both parties arrived at the same conclusion to exit mutually. We are sorry that this in any way offended anyone. We welcome everyone and anyone to attend Elevation church.”

“We have several designated areas for nursing moms at Ballantyne specifically — one private to allow pumping and it’s close to the auditorium for convenience and the other in the actual baby area with a TV to allow mothers to still be part of the worship experience,” the church added back then.

Back when I was a breastfeeding mom, if I was leaving the house, I pumped and stored the milk. When it was time to feed my son, I used a bottle.

That was a personal choice, but it was also a choice I made because it was never my desire to make my decision to breastfeed about me. It was always about my child and the reported health benefits.

Marhant’s “church hurt” over being asked to consider the feelings and comfort of others around her in the church environment is not a fault that lies with the church.

She’s refusing to go back to the church, and that’s unfortunate. She wants the church to conform to her wishes and wants, rather than doing what she can to be a reasonable, thoughtful member of the church community.

One so selfish and easily offended has a lot to learn about the Kingdom of God.

Philippians 2:4 AMP – “Do not merely look out for your own personal interests, but also for the interests of others.” 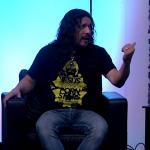 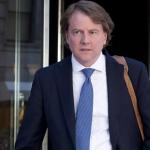 August 18, 2018 WHOA: White House Counsel Covers His Back by Cooperating FULLY With Mueller
Recent Comments
55 Comments | Leave a Comment
Browse Our Archives
Related posts from Susan Wright on the Right