In Montana, Trump Claims ONLY HE Can Prevent the Nation’s Slide to Third World Status

In Montana, Trump Claims ONLY HE Can Prevent the Nation’s Slide to Third World Status September 7, 2018 Susan Wright

With this week’s mountain of reports of an incompetent, mentally unhinged President Trump hitting the public from all sides – and with sobering believability, I might add – how rattled do you think the president is?

President Tweeter McBestWords was rallying in Montana on Thursday night, and as is always his way, those rallies tend to be about the four touchdowns he ran in one game, back in high school.

There was also a lot of talk about the need for voters to pull his carcass out of the fire with their midterm election vote. The desperation in his speech was obvious.

Being Donald Trump, however, he framed much of his talk in a way to suggest that we, as a nation, are clinging by the tips of our fingers to the slippery ledge of prosperity. In fact, the only thing keeping the nation from spiraling downward into wretched poverty and ruin is him.

It is by Donald Trump’s benevolent hand and all-sufficient grace that we’re not all beggars in the streets, and our nation has been saved.

That might go over well at the raging MAGA rallies and from the pulpit of reprobate Trump’s Temple services on Sundays, but it doesn’t really mesh well with reality.

In fact, it absolutely clashes with the news from this week that White House officials, like the unfortunate guy who follows behind the elephant at the circus with the big shovel, are constantly working to protect the nation from Trump’s incompetence.

The anonymous senior White House official who wrote the op-ed for The New York Times on Wednesday said that any successes from this administration were not because of Trump, but rather, in spite of Trump.

“You’ll have a country that’s going to turn into a third-world country because if the opposite party becomes president, every time before it even starts, before you even found out whether or not he or she is going to do a great job, they’ll say, ‘We want to impeach him,'” Trump said at a campaign rally in Montana on Thursday.

“If that happened, every time a Republican or a Democrat – opposite – got elected president. Let’s say a Democrat gets elected … and let’s say we have a Republican House. We will impeach that Democrat, right?” Trump said, warning against the idea.

I realize that was barely coherent. To translate: he’s saying that if Democrats take control of the House and Senate in November, they’ll impeach him and the nation will be ruined.

That wasn’t even the worst of what he said (ignoring his multiple, failed attempts to pronounce the word, “anonymous”).

He told the crowd that if Democrats took over, it would be their fault.

In Trump’s world, it’s always someone else’s fault. He never carries any blame.

To address his panic, House Minority Leader Nancy Pelosi has already dismissed the calls for impeachment, saying they were “not a priority.” How that would change if Democrats took over the majority remains to be seen. Regardless, there has to be a reason and just cause for impeachment. They can’t just call for it and get it.

This isn’t Trump’s first time suggesting that he’s the only one keeping us from ruin.

In August, during an interview with Fox News’ Ainsley Earhardt, he stated that the market would crash without him.

“I think everybody would be very poor,” he said, before pointing to his head. “Because without this thinking, you would see numbers that you wouldn’t believe.”

He went on to show his fundamental lack of knowledge about the impeachment process by suggesting he didn’t know how anyone could be impeached that was doing a great job.

“Narcissist” is the term sideline psychiatrists keep bringing up.

On Wednesday, a top economic official with Barclay’s chimed in on the idea that our economy needs Trump.

“We doubt that capital markets would collapse if President Trump’s administration was endangered either electorally or indeed legally,” William Hobbs wrote.

“The forward momentum of the world economy, and therefore its capital markets, has little to do with the actions of the White House, past, present or future in our opinion,” he added.

Imagine that. An America that thrives, with or without a reality TV huckster at the helm.

Trump's pronunciation of "anonymous" is the best video of the night. pic.twitter.com/HCyo5fpN7a 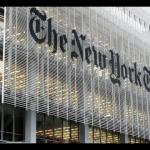 September 7, 2018 Trump Wants the DOJ to Go After the New York Times Op-Ed Author
Recent Comments
5 Comments | Leave a Comment
"It is appalling that if we'd had a concentrated effort on masks/distancing back in even ..."
Michael Weyer Battleground: SCOTUS
"If Biden can cobble that coalition together and our country is in better shape in ..."
Pennybird When It’s All Too Much – ..."
"I am disappointed in the SCOTUS ruling. BUT, I do believe masks should be mandated ..."
Ellen Elmore Battleground: SCOTUS
"Key thing to remember is right now, GOP would have media-savvy guys making ads sharply ..."
Michael Weyer When It’s All Too Much – ..."
Browse Our Archives
get the latest from
Susan Wright on the Right
Sign up for our newsletter
POPULAR AT PATHEOS Politics Red
1