As a woman, and as a Never Trump conservative, I caught a lot of grief for defending Brett Kavanaugh during the Senate Judiciary Committee testimony, in regards to accusations that he was a teen rapist and drunkard, per a spate of female accusers who came forward to speak of his alleged crimes.

My position then, as it is now, has always been that we don’t condemn anyone based on accusations, alone. We can have opinions, certainly, but when those opinions turn into malicious actions, meant to destroy lives, then a line has been crossed that all people of moral character should reject.

I was not a fan of the idea of Kavanaugh as a Supreme Court justice. There were better, more conservative choices.

I’m even less of a fan of the #MeToo movement being wielded as a political weapon, and that’s exactly what has happened.

If liberals wanted to assure that every woman coming forward with a harrowing story of sexual abuse or rape was looked at with skepticism, they’re off to a great start.

Brett Kavanaugh was confirmed and now can be called Supreme Court Justice Brett Kavanaugh, and that’s great. I doubt he’ll do anything to advance a conservative agenda in the courts, and that sucks, but at least the women who came against him didn’t have the final victory.

No, it would appear that last laugh will belong to Kavanaugh.

A week ago, Senate Judiciary Committee Chairman Chuck Grassley (R-Iowa) referred one of Kavanaugh’s accusers, Julie Swetnick, as well as her attorney, Michael Avenatti (also the lawyer of former Trump mistress, Stormy Daniels) to the Department of Justice for potential criminal charges, pertaining to lying to Congress and obstructing a criminal investigation.

Swetnick is the woman who claimed she was gang raped at a party Kavanaugh attended, and that she’d attended many such parties, observing Kavanaugh and his friends spiking the drinks with drugs and gang raping girls.

None of that made sense, and in fact, makes Swetnick seem kind of creepy for continuing to go to these alleged “rape parties” and never once reporting them.

Swetnick later claimed Avenatti had twisted her words. Of course, she only said that after it appeared there would be a price to pay for giving false testimony.

On Friday, another piece of that #MeToo offensive against Brett Kavanaugh and his character came crashing down.

Another accuser will be facing potential criminal charges for making false statements to Congress, and she’s furiously trying to take it all back.

Grassley, in a letter to the Justice Department and FBI, said a woman by the name of Judy Munro-Leighton took responsibility for authoring an anonymous letter that made allegations that Kavanaugh and a friend raped her. After she was tracked down and interviewed by Senate investigators, the woman recanted and said she was not the author and had never met Kavanaugh.

Grassley claims the woman is a left-wing activist and told investigators it was “just a ploy,” he wrote in the letter. Her full comments to investigators were not made available and efforts by USA TODAY to reach Munro-Leighton were unsuccessful.

So who is Judy Munro-Leighton? I mean, who is she, besides a liar?

To figure that out, you have to look at California hypocrite and Democrat, Senator Kamala Harris. She’s one of the aforementioned liberal saboteurs of the #MeToo movement.

Harris received a letter from a woman who signed off as “Jane Doe” that contained graphic details of sexual assault and rape in the back seat of a car, by Kavanaugh, as well as one of his friends.

Kavanaugh vehemently denied the charges during his September hearing.

Several days later Grassley says Munro-Leighton wrote an email that included her name. He said Senate investigators were able to track her down and found she lived in Kentucky, not California, and was a Democrat.

Investigators got in touch with her over the phone and Munro-Leighton admitted she wrote the email after seeing the letter in news reports. She said she claimed to be Jane Doe so the letter would gain attention.

“I was angry and I sent it out,” the woman told investigators, according to Grassley’s letter.

She wanted attention, so she claimed to be a rape victim.

She also was opposed to Kavanaugh’s nomination to the Supreme Court, so what better way to head that off than to dive into the feeding frenzy of false allegations against Kavanaugh’s character? When asked if she had ever even met Kavanaugh, she was quick to point out that no, she had not.

Are we at a place, at least in the minds of liberals, where truth is only valued in as far as it can achieve your political agenda?

Grassley is absolutely correct in referring Munro-Leighton for criminal charges. What she did was despicable, and there is zero defense for it.

“The Committee is grateful to citizens who come forward with relevant information in good faith, even if they are not one hundred percent sure about what they know,” he wrote in the letter to the FBI and DOJ. “But when individuals intentionally mislead the Committee, they divert Committee resources during time-sensitive investigations and materially impede our work. Such acts are not only unfair; they are potentially illegal.”

And that is reasonable and fair.

To date, four people are looking at criminal charges, related to Kavanaugh’s case: Munro-Leighton, Swetnick, Avenatti, and an unnamed man who recanted a statement he’d made about Kavanaugh.

Only the initial accuser, Dr. Christine Blasey Ford has not folded, but she currently sits on a tidy $1 million GoFundMe haul, so her testimony, wrought with inconsistencies as it was, has proven to be too profitable to go back on, now.

People, I don’t care what your politics are. Fair is fair. Truth is truth. What was attempted against Brett Kavanaugh should never be allowed in a society that supposedly honors order and justice.

You can read Grassley’s full letter to the DOJ here. 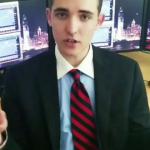 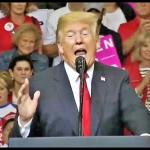 November 3, 2018 Trump Is Counting on Evangelicals in America to Pay Homage With Their Votes
Recent Comments
13 Comments | Leave a Comment
"First, Susan, hope you're okay as been a bit since last update.Second, we see the ..."
Michael Weyer Reopening During a Pandemic: Is it ..."
"You should have the IRS give you tax exempt status. The order of Trumpianity definitely ..."
Daniel Ramos Riding Out the Blue Wave
"Hi Daniel good to hear from you again and I hope all is well with ..."
The Blue Tail Gadfly Riding Out the Blue Wave
"Gadfly my chum, your intellect and conservative adherence is a welcome oasis from the mental ..."
Daniel Ramos Riding Out the Blue Wave
Browse Our Archives
Follow Us!