This is a step in the right direction, and if the liberal talking heads are even remotely serious about “women’s health,” they will give this a thumbs up, as well.

I’m not holding my breath.

On Friday, the Trump administration announced that they’re awarding a $1.7 million family planning grant to the California-based Obria Group, a chain of pro-life crisis pregnancy centers.

The group, while they don’t provide contraceptives, consider themselves to be the equivalent of Planned Parenthood, minus all the slaughtering the unborn in the womb stuff.

It will receive $1.7 million in 2019 and, along with other Title X providers, will receive funding through 2022 based on availability of funds, grant compliance and the project’s progress, according to an HHS spokesperson.

The Obria spokesperson put a guesstimate of funds at $5.1 million through 2022.

This is one of the first real moves of the administration to begin cutting funds to the abortion industry, while pivoting support to more faith-based centers.

The $1.7 million is really a drop in the bucket, when you consider between 2013 and 2015 United States taxpayers – whether they oppose abortion or not – saw $1.5 billion of their hard earned dollars go to the killing floors of Planned Parenthood.

In the 2018 omnibus bill, Republicans failed to make any moves to curtail that amount, and signed off on fully funding the abortion industry, to the tune of $500 million.

I’m the first to admit I’m horrible at math, but compare $1.7 million to $500 million and somebody is coming out much further ahead.

Still, I’m not going to knock it. I’m going to encourage taking those steps forward, no matter how small. Just keep moving.

One of the points I’ve long promoted is the benefit of community health centers. Most every county in the nation has them, and they offer a broad range of services, including in matters of reproductive health. They just don’t provide abortions.

When you take that into account, Planned Parenthood only has one service that sets them apart, and it’s government-funded infanticide.

These health centers or crisis pregnancy centers, however, apparently don’t appeal to the left, even though the communities they serve are generally the economically depressed that Democrats claim to champion.

If they’re such heroes of the downtrodden, why aren’t Ashley Judd or Susan Sarandon leading marches to up their profile?

I’ll let you ponder that one, a bit.

“Many women want the opportunity to visit a professional, comprehensive health care facility — not an abortion clinic — for their health care needs; this grant will give them that choice,” Kathleen Eaton Bravo, founder and CEO of The Obria Group, said in a statement.

Obria will oversee the work of seven clinic partners, including three of its affiliates that don’t provide contraceptives or perform abortions, in four California counties, the group said in the statement.

Obria has four additional clinics, with two of them providing contraceptives. Those two will not be allowed to use Title X grant funding to pay for it, however.

So are those who are profiting from stopping the beating hearts of unborn children willing to share even a scrap of their government haul with alternative centers?

Julie Rabinovitz, president and CEO of Essential Access Health, which will receive $21 million in 2019 to provide family planning services in California, said she is concerned about Obria entering the program because it doesn’t provide a comprehensive range of contraception options.

“We’re very concerned that by Obria entering into the program, they’re denying women information about all their health care options,” she said. “It could really reduce the progress we’ve made in reducing unintended pregnancies.”

They’re providing everything except abortions. As was stated above, they even offer post-abortion counseling.

Another bit of good news is that out of the 11 affiliates of Planned Parenthood, four have recently been stripped of funding. Those four affiliates served Wisconsin, Ohio, Hawaii, Virginia, and my home state, North Carolina.

“Today, they are removing funding from these trusted health centers and providing funding to entities that do not provide evidence-based treatment,” Planned Parenthood President Leana Wen said in a statement.

“This continued attack on Title X will result in dismantling our nation’s program for affordable birth control and reproductive health care, risking access to comprehensive health care for millions of low-income women and families.”

And of course, there’s currently a lawsuit pending in order to stop more changes to the Title X program from dropping later this year.

Other changes made by the Department of Health and Human Services include banning abortion referrals from Title X providers, and they’re not required to suggest abortion as an option.

Anti-abortion groups and abortion rights groups alike see this as a way to strip Planned Parenthood of the millions of dollars it gets from the Title X program.

Providing a federal judge doesn’t side with the abortion industry, those providers will either be forced to comply with the new rules, or drop from the Title X program.

Some have suggested that they will not comply with the new rules, and that is entirely on them.

I think it says a lot about their motivations if they’re that unwilling to give up even a small amount of funding to organizations like the Obria group. 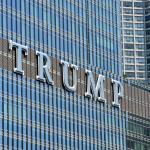 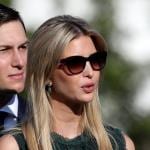 April 1, 2019 Whistleblower Claims Administration Jammed Through Security Clearances
Recent Comments
10 Comments | Leave a Comment
Browse Our Archives
get the latest from
Susan Wright on the Right
Sign up for our newsletter
POPULAR AT PATHEOS Politics Red
1