One of the funniest anecdotes I’ve read about Donald Trump was featured in GOP strategist, Rick Wilson’s book, “Everything Trump Touches Dies.”

In the book, Wilson recounts his conversation with an [actual] successful Manhattan businessman, in regards to the Trumpian fantasy of the president as a high-rolling, wildly successful entrepreneur, rather than a reality TV punchline, with comic strip hair.

Donald Trump’s scams and screw ups in the business world are no secret to natives of New York and New Jersey. It’s just the rest of the country that seems to be drawn in by watching too much television.

Wilson noted that in listening to this businessman, he described Donald Trump as being “a clown living on credit.”

And now, it appears The Washington Post has done the footwork, gathering up the financial documents that prove it.

According to WaPo, Trump would exaggerate his assets and hide his mountain of debts.

Trump would reportedly hand out documents called “Statements of Financial Condition” during business dealings. In these documents, Trump would allegedly misrepresent the property he owned, including omitting debts and overvaluing assets.

According to one such financial statement from 2011 reviewed by the Post, Trump said he had 55 home lots to sell at his golf course in Southern California. However, according to city records obtained by the Post, he only had 31 lots zoned and ready for sale. That difference accounted for at least $72 million in future revenue.

It’s not like this is the first time anyone is hearing this. Trump’s former personal attorney and fixer, Michael Cohen testified before Congress recently that he helped Trump inflate his worth, in order to acquire loans from Deutsche Bank.

Deutsche Bank is one of the only banks still willing to do business with Trump, given his well-known history of failing to pay off his debts or claiming bankruptcy.

He’s not a good businessman.

Because of this new focus on the scams he ran on the banks, there are more investigations.

OH – You thought Robert Mueller was the beginning and end of investigations for Trump?

Just kidding. If you’ve been following me here, you’re not hearing any of this for the first time.

The House Oversight and Reform Committee, now in the hands of Democrats, have opened two investigations based on these misrepresentations. On Wednesday, they began the process for obtaining ten years of financial records from the Trump Organization.

They made the request based on the testimony from Cohen, who presented the committee with the same three years — 2011, 2012 and 2013 — of Trump’s financial statements that the Post obtained.

During his hearing earlier this month, Cohen had claimed that Trump often inflated or deflated his net worth for “potentially improper purposes.”

According to Cohen, his old boss would falsify insurance paperwork, in an attempt to get lowered premium payments.

He is not a good businessman.

And he did not suddenly get better or less corrupt because he gained the presidency, or even because Robert Mueller failed to recommend indictment.

Chew on that one, for a bit. 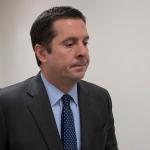 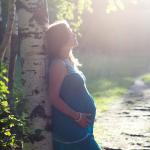 March 30, 2019 Baby Steps: Trump Administration Awards Funds to Crisis Pregnancy Centers
Recent Comments
13 Comments | Leave a Comment
Browse Our Archives
get the latest from
Susan Wright on the Right
Sign up for our newsletter
POPULAR AT PATHEOS Politics Red
1