Nepotism continues to be a problem for the Trump White House.

You have to fix this scenario in your head to understand what is going on in the most high levels of the American government, at this moment.

A reality TV huckster, with a long, checkered history of corruption and con jobs, infidelities in both his business and personal life, manages to make it to the Big Show. He’s in the White House, sitting behind the Resolute Desk in the Oval Office.

Does the presidency make a bad man better? Can that happen?

While the weight of such responsibility may cause others to shine, if one’s entire life is cowardice and scheming, it is quite unlikely.

Now, consider that this pox brings in his equally corrupt and ambitious offspring, and with absolutely no government experience, he appoints them to high levels of influence in his Cabinet.

Consider all the ways this scenario could go wrong, and you’ve got our president, and the situation with his daughter Ivanka Trump, as well as her husband, Jared Kushner.

Both Kushner and Ivanka Trump are serving as senior aides to the president, and both have his ear.

In fact, Trump has rolled a vast catalogue of duties into the hands of his son-in-law, covering everything from solving the opioid crisis to the Middle East peace process.

Meanwhile, Kushner’s greatest achievement, to date, is being born into a family of investors and real estate developers struggling to keep the business from going belly up.

Since joining the administration, Kushner’s scandals have almost kept in perfect time with President Trump’s.

First of all, there were his multiple attempts to get his security clearance paperwork right. He kept “forgetting” about the foreign contacts he’d made during the campaign that he was required to report.

A recent story emerged that suggested that the security clearance he got, against the advice of the intelligence community and then-White House Chief of Staff John Kelly, came after his father-in-law demanded he receive it.

Other curious bits about Jared Kushner’s time in the White House include overtures made by his family to foreign investors, as they sought to keep the family business afloat.

The suggestion was that because of Kushner’s relationship to the president, these foreign investors could potentially gain access to the United States president, through him.

There’s also a matter of Kushner’s close relationship with the Saudi Crown Prince Mohammed bin Salman. Some believe that relationship is what kept the Trump administration from issuing a more forceful response to MBS’ order of the murder of a journalist residing in the United States.

That should be troubling enough, but it doesn’t end with him.

Daddy’s little princess, Ivanka Trump, has inserted herself into multiple policy decisions, which is not her role.

Nobody is really questioning at great length the multiple new trademarks her business scored with China, after her dad took office.

On Thursday, the attention has turned to an issue that should be of great interest to the “Lock her up!” crowd.

According to members of the House Oversight and Reform Committee they’ve received information that Kushner, as well as Ivanka Trump have continued to use unsecure apps and personal emails to conduct sensitive government business.

This isn’t a sudden, “OOPS!” moment, where they didn’t realize it was wrong. They’ve been warned before.

The WhatsApp encryption service has been plagued by security issues, making it an intensely unreliable means of communicating official business.

And while using your personal email account to do government business is not forbidden, you are required to forward those communications to an official account, in order that they will be part of government record, per the Presidential Records Act.

Ivanka Trump and Kushner have not been doing what is required of them.

“The White House’s failure to provide documents and information is obstructing the Committee’s investigation into allegations of violations of federal records laws by White House officials,” Cummings wrote.

“In fact, as you know, the White House has not produced a single piece of paper to the Committee in the 116th Congress—in this or any other investigation,” he continued.

Among other things Cummings and the committee are looking for would be transcripts or records of President Trump’s secretive communications with Russian President Vladimir Putin.

The White House has refused to turn over any records, claiming to do so would hinder Trump’s ability to conduct matters related to foreign policy.

Cummings, who flashed the power of the subpoena, says he is asking the White House to confirm by March 28 whether the White House plans to “comply voluntarily with its requests or whether the Committee should consider alternative means to obtain the information it needs to conduct its investigation.” 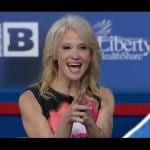 March 20, 2019
Kellyanne Conway Demonstrates How NOT to Be a Supportive Wife
Next Post 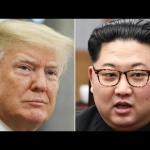 March 23, 2019 President Trump Puts Dictator Over Treasury Department
Recent Comments
12 Comments | Leave a Comment
"You are bananas on this .. everything trump bad !! I don't see it quite ..."
bdog Trump’s Disloyalty to Our Troops Revealed
"I'm a little late to this conversation, but it seems like Brad Parscale grifted a ..."
chemical Former Trump “Fixer” Releases Astonishing Tell-All
""What does it profit a man if he gain the whole world and lose his ..."
EMS Former Trump “Fixer” Releases Astonishing Tell-All
"I am a member of a large (1,500) member Evangelical church. With very few exceptions ..."
Ellen Elmore Former Trump “Fixer” Releases Astonishing Tell-All
Browse Our Archives
get the latest from
Susan Wright on the Right
Sign up for our newsletter
POPULAR AT PATHEOS Politics Red
1