So after seven years of hiding from justice, tucked away in the Ecuadorian embassy, it appears that WikiLeaks founder, Julian Assange, has worn out his welcome (and it’s about time).

On Thursday, officers entered the embassy, located in London, at the invitation of the ambassador and took Assange into custody. This followed the withdrawal of asylum by the Ecuadorian government, and at the request of United States authorities.

“This is an extradition warrant under Section 73 of the Extradition Act,” London’s Metropolitan Police Department said in a statement.

Assange, 47, “will appear in custody at Westminster Magistrates’ Court as soon as possible,” the department.

Lenín Moreno, the president of Ecuador, said in a tweet Thursday that the country decided to stop sheltering Assange because “his repeated violations to international conventions and daily-life protocols,” according to The New York Times.

And quite the statement it is!

Ecuador has withdrawn its asylum for @wikileaks founder Julian #Assange for "violating international conventions". He’s been arrested outside the Ecuadorian embassy according to @BBCJLandale. https://t.co/YUIRf6f0Wu

Those who have kept up with Assange’s antics while using asylum as his shield from facing justice know he hasn’t been the best example of a cordial house guest. They couldn’t even get him to clean up after his cat!

Assange and his outfit have their hands in a lot of corrupt and underhanded activities, some potentially dangerous to the national security of the United States.

Back during the 2016 election season, WikiLeaks published the hacked emails of the Democratic National Committee and Hillary Clinton’s campaign team, setting the party into chaos.

That’s how we found out that Clinton was the handpicked choice of the DNC and the whole notion of a Democratic primary was simply a charade. The party leaders never intended to let the people decide.

I’d like to say that was justice for their treachery, but I’m not about celebrating one bad act because it exposed another bad act. Consistency and principle requires we condemn ALL bad acts.

Assange is also responsible for exposing United States troop movements in the Middle East back in 2010, putting those troops at risk.

He does all this and calls it “journalism.”

I remember at the time, American Pravda’s Sean Hannity was raging about Assange’s illegal actions, how our troops were put in danger, and how he should be arrested.

Oddly enough, all that ended and Assange became a “patriot” in Hannity’s eyes, after the DNC emails were leaked.

U.S. intelligence has long since labeled WikiLeaks as a Russian cutout, doing the bidding of the Kremlin.

You can expect the usual suspects from the Trump right to clutch their pearls and squeal in protest of this move, but let’s not forget why Assange sought asylum.

He threw himself on the mercy of international law, after rape and sexual assault charges were brought against him by several women in Sweden. After losing a long court battle in those cases, he claimed that if Sweden were successful in their attempts to extradite him, they would turn him over to the United States, where he would face espionage charges and could face the death penalty.

The rape case against him was dropped in 2017, due to the fact that his asylum meant Swedish authorities could not get to him. Hearing that his asylum has been withdrawn, however, one of his victims wants the case reopened.

“My client and I have just received the news that Assange has been arrested. The fact that what we have been waiting and hoping for nearly seven years is now happening, of course, comes as a shock to my client,” Elisabeth Massi Fritz, the attorney, told Reuters in a text.

“We will do all we can to get prosecutors to reopen the Swedish preliminary criminal investigation so that Assange can be extradited to Sweden and be prosecuted for rape,” she added.

Ms. Fritz may have to wait in line.

In 2018, it was accidentally revealed that our Justice Department had the charges for Assange’s role in publishing those DNC emails ready and sitting on go.

“We are aware of the reports that Julian Assange was taken into custody by United Kingdom authorities. We refer you to the U.K. for comment regarding the arrest,” a DOJ spokesman told the Times on Thursday.

Just a thought, but those charges came about as part of the investigation into Russian activities in the 2016 election. Since we have a president who is amenable to allowing Russia to interfere, or at the very least, is willing to look the other way, and we also now have a Trump toady as attorney general, what do you think the chances are that Julian Assange ever faces justice in the United States?

I’m calling it now. If Assange finally tastes justice for his acts, it won’t be for what he did to the United States on behalf of Russia. 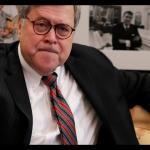 April 10, 2019
Trump Buffer Vows to Work to Diminish Effectiveness of the FBI
Next Post 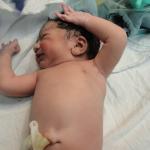 April 15, 2019 Director of "Unplanned" Movie Offers Some Good News
Recent Comments
27 Comments | Leave a Comment
Browse Our Archives
get the latest from
Susan Wright on the Right
Sign up for our newsletter
POPULAR AT PATHEOS Politics Red
1