Well, this is good news. I’d even say great news, and an encouragement to keep fighting the good fight.

Recently, I wrote about the movie, “Unplanned,” out in theaters now.

The movie was taken from the book of the same name by Abby Johnson, formerly the youngest Planned Parenthood director in the history of the whole wretched organization.

Johnson was a true believer in the cause of the industry, duped into believing Planned Parenthood was actually helping women, rather than serving as a ghoulish center for infanticide-for-profit.

While popular media and the industry seemed to align against the movie, it actually did quite well, given its mere $6 million budget and limited release.

In its opening weekend, it exceeded box office expectations and landed at a respectable fourth place in the box office ratings.

In its second week, it continued to cling to top 10 status, coming in at eighth place.

It has been out now for three weeks and has slipped to number 11, with a total gross of just about $16 million.

All of those numbers are solid. Johnson, and everyone involved in bringing her story to the big screen are to be commended for their willingness to see this project through.

Those numbers, however, are not the most important numbers.

Johnson, who now is an outspoken pro-life advocate, formed an advocacy group called And Then There Were None, with a stated purpose of helping abortion workers leave the industry and find employment elsewhere. To date, she says they’ve helped relocate around 500 workers.

That number may be growing.

Last Wednesday, while giving testimony before  the Senate Subcommittee on the Constitution, in a hearing titled “Stifling Free Speech: Technological Censorship and the Public Discourse,” Chuck Konzelman noted that the movie is having an impact.

Konzelman is the writer and director of the “Unplanned” movie, and was there to discuss how social media may have sought to censor – or at least diminish – news of the movie.

The official account for the movie was briefly suspended from Twitter, raising the eyebrows of pro-life advocates, as it appeared there was no logical explanation for why the account was taken down.

We may never get a satisfactory answer to that question, but nevertheless, people have heard, and some are responding.

According to Konzelman, abortion workers are reaching out.

“The number of actual workers who have reached out is 94,” Konzelman revealed, estimating that this accounts for about 1 percent of abortion workers in the U.S.

“One percent of the abortion workers in the United States, after getting one look at them being portrayed on film … have decided to change their lives … and what they do for a living,” Konzelman said.

Only 94, or a mere 1 percent may seem like nothing. It would be easy to scoff, but as is said in Zechariah 4:10, do not despise these small beginnings.

It is a fact that we may never get rid of the shameful abortion industry in this nation. Neither major party is making any tangible efforts to decrease those numbers. Any real change will only come when hearts are changed about what abortion truly is – the end of a developing human life.

If 94 more workers have determined that their skills and talents will not be used to end a life, then that is progress. Those of us who value life and champion the cause of the unborn should continue to pray for those changed hearts.

Perhaps we will see the day in our lifetime when the doors to every abortion clinic are closed for good, but it all has to start somewhere. 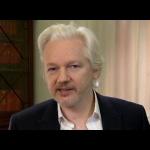 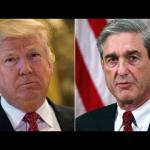