All these curious threads.

So while the former attorney and “fixer” for Donald Trump, Michael Cohen, sits in a federal prison, paying for a litany of crimes, including, but not limited to wire and tax fraud, a judge has unsealed court records connected to special counsel Robert Mueller’s investigation.

And what did those records reveal?

Well, for one thing, they showed over 1,000 contacts between Cohen and a Russia-connected company and other foreign entities, initiated by Cohen after Donald Trump won the presidency. There was also an issue of hundreds of thousands of dollars collected from foreign sources collected at that time by the disgraced former attorney.

The media has been pursuing information on what Mr. Mueller uncovered, so on Wednesday, a federal court in Washington, D.C. ruled to unseal five search warrants obtained by Mueller. The information from these warrants was forwarded to federal prosecutors in Manhattan, where the bulk of the case against Cohen was handled.

This is just a Cohen problem, right?

These contacts went on after the election, and extended into 2017, while Trump was president and he and Cohen were still on speaking terms.

Mueller told a federal judge in 2017 that investigators believed Cohen’s contact with foreign companies may have included an American investment firm linked to a well-connected Russian oligarch and a Kazakhstan-based bank that was entangled in a massive fraud scheme.

At the same time, Cohen maintained close relationships with key members of the Trump administration, including the President. In the search warrant application, prosecutors cited news reports about Cohen’s efforts with a Russian-American businessman to craft a Russia-friendly “peace plan” for the Ukraine conflict and deliver it to the White House.

The payments uncovered from Russian sources was all the probable cause a judge needed to see, in order to allow for Mueller to go through Cohen’s email, including his Trump Organization emails.

Apparently, there were at least three banks handling the exchange of funds between Cohen and foreign companies, as related to work he was doing for Trump.

In a search warrant application from July 2017, prosecutors outlined how Cohen started communicating with a Russian-connected company on Election Day. Over the next year, there were more than 1,000 calls and text messages between Cohen and the CEO of that company, Columbus Nova.

In the filing, Mueller’s team made it clear that Cohen began contacting the company immediately after the election: “Telephone records show no such text messages or telephone calls between COHEN’s cellular telephone and the CEO of Columbus Nova prior to November 8, 2016.”

Columbus Nova is an American company linked to Viktor Vekselberg, a prominent Russian oligarch. In the documents, prosecutors noted his “various connections to Russian President Vladimir Putin.” Columbus Nova has always denied being a tool of the Kremlin, and Vekselberg was questioned by the FBI in early 2018 after being stopped at a New York-area airport.

Cohen’s ties to many of these foreign companies are already well-documented. But the search warrants provide some new details about his transactions, including a contract he negotiated with a Kazakhstan-based bank to pay him a $150,000 monthly consulting fee. Cohen’s links to the bank spilled into public view during his dramatic daylong public hearing on Capitol Hill.

Some of you may remember talk of Cohen’s “consulting” firm, Essential Consultants, LLC. This name first popped on the radar when news of Trump’s payoff to two mistresses, Stormy Daniels and Karen McDougal, dropped on the public.

Records show the payments were funneled through the firm.

There are still considerable portions of the warrants that are redacted, and those portions apparently have to do with the payoff to the mistresses.

Parts of the first search warrant mention how Cohen was involved in an effort to broker a peace plan for Ukraine. Citing heavily from The New York Times, prosecutors laid out how Cohen met with a controversial Ukrainian lawmaker while taking big money from Columbus Nova.

The insinuation was that somehow the payments could be connected to the proposal. In July 2017, Mueller said he was still investigating whether the payments were part of a quid-pro-quo.

To date, there has been nothing out of the Trump White House to suggest they acted on anything that was included in Cohen’s version of a peace plan.

There were never any conclusions drawn by Mueller’s report on what may have happened with the plan put forth by Cohen. It was just sort of left out there.

There was, however, study of another pro-Russia peace plan involving former Trump campaign chairman Paul Manafort, and a Russian associate by the name of Konstantin Kilimnik.

That would be the same Kilimnik getting polling data from Manafort.

In some of those conversations, the former head of Trump’s campaign talked with Kilimnik about pursuing Trump’s approval on the foreign policy.

Yet Mueller appears to not have been able to get to the bottom of what happened with the peace plans. Manafort lied about it during his post-plea interviews with prosecutors, and some of his online communications were encrypted. And the Cohen plan was left unmentioned.

Just imagine everything still redacted, and why those things are redacted.

It’s a lot, and much of it is still unresolved. 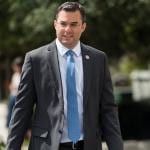 May 21, 2019
House Freedom Caucus Rebukes Justin Amash's Stand on the Rule of Law
Next Post 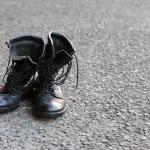 May 24, 2019 Who Is Lobbying Trump to Pardon an Accused War Criminal?
Recent Comments
0 | Leave a Comment
Browse Our Archives
get the latest from
Susan Wright on the Right
Sign up for our newsletter
POPULAR AT PATHEOS Politics Red
1