Wall Donors Left in the Dark by GoFundMe Campaign Starters

Wall Donors Left in the Dark by GoFundMe Campaign Starters May 13, 2019 Susan Wright

We tried to tell them. Now we’re well within our rights to say, “WE TOLD YOU SO!”

The “them” we’re addressing in this particular instance is the painfully gullible rubes who felt money donated through a GoFundMe page to a private citizen, promising to use the funds to begin building a wall on our southern border was actually a legit cause.

Oh, they may have felt that it could happen, but for them to believe such, it would mean that they think any random person can grab the land of any other citizen for their own ends, without any consequences.

You also have to consider what would go into the zoning and preparation of those lands that are public or government owned. From the beginning, the idea that you could just throw your money at a shady sales pitch from a group with no connection to the government and then see anything other than your money going bye-bye was laughable.

We told you so.

So you’ve probably figured it out by now that I’m talking about the massive con GoFundMe campaign launched in late 2018 by Brian Kolfage, the triple amputee war veteran and Trump supporter.

Kolfage claimed that he and his organization, We Build the Wall would take donated monies and begin building the southern border wall, themselves.

It was a successful campaign, no doubt. With a projected start date of April, they were quickly able to raise around $20 million.

How much wall has been completed?

We Build the Wall has frequently presented itself as poised to start building portions of the wall on private land. In February, former Kansas Secretary of State Kris Kobach—who is a member of We Build the Wall’s board of directors—claimed that the group was “getting ready to break ground, probably in April.”

Kolfage himself went further, saying in a radio interview in March that “we’re going to start breaking ground next month.” The group had even promised to invite donors to a groundbreaking ceremony.

We’re midway into May, folks.

Donors to this cause were told that they would be invited to the groundbreaking, and as of this writing, none of them have received that promised invite.

Some of those donors are slowly waking to the realization that those of us not Trump-drunk tried to tell them: THIS. WAS. A. SCAM.

These folks are storming the Facebook page of the organization, demanding answers.

“Show me video of wall being built and I’ll pony up my next donation,” reads one angry Facebook comment.

“Where is the rest of the money going?” reads another.

It’s all going on Kolfage and his co-conspirators’ pockets.

I wrote about Kolfage and his history of raising money and then not quite following through on his stated plans back when news of this latest venture became known.

Making donors more nervous is that Kolfage has a history of participating in questionable endeavors. He was a prolific operator of hoax pages on Facebook, and money he raised in the past to help veterans’ programs in hospitals never actually went to those hospitals.

If they’re only now getting nervous, they deserve to be scammed.

Kolfage and We Build the Wall’s board of directors have spent plenty of time in Arizona, ostensibly scouting private land to build the wall. But The Phoenix New Times reported in March that the “vast majority” of land on the border in the state is owned by the federal government. Meanwhile, many of the people who actually own land on the border told the New Times that they hadn’t been contacted by We Build the Wall.

Of course they haven’t.

Kolfage and his now-richer crew claim they’re “close” to beginning, but that they must keep the location secret.

Liberals and the Deep State might be listening in, ya know.

“VERY soon we can release the details but have to keep that information secure for the time being as to prevent giving our detractors a heads up to derail our progress,” the statement reads. “Soon, everyone will have the update they’ve been waiting for which we can’t wait to share. This updated delay is just the unfortunate process of building a controversial barrier some people don’t want to happen.”

Anybody else looking at this and seeing it as a blatant move to soothe rising tensions from donors?

Kolfage gave a similar statement in a March radio interview.

“I wish I could name where it’s at, but we can’t name it because of the ACLU, these other liberal groups that want to sue us and impede our progress,” Kolfage said. “But it’s actually happening.”

I do have to note that back when questions arose, regarding Kolfage and his shady past, GoFundMe shut down the campaign. Donors were given an opportunity to request a refund, or do nothing, effectively giving Kolfage and his crew their money.

I don’t know how many of them actually requested a refund, but given the amount of anger surrounding the information blackout around the efforts, I’m going to say far too many allowed for this man to make off with their donations.

I’d say this should be a lesson to those who go all in on deals like this with disreputable individuals, but human nature is such a funny thing. As we’ve seen, any lessons to be learned here are lost on the truly gullible. 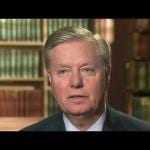