The GOP Long Con of the Pro-Life Movement

The GOP Long Con of the Pro-Life Movement May 10, 2019 Susan Wright

A host of Republican-led states have made the bold moves to appeal to their pro-life base, by passing bills aimed at curtailing the gutless, cold practice of abortion.

Neither of these bills successfully dig up the ill-formed Roe v. Wade law at the root of the abortion issue, but that’s not their design. The purpose is more as a deterrent or at least, to curtail the prevalence of the detestable practice.

In recent months, states like North Carolina, Mississippi, Ohio, and Kentucky have all tackled the issue with various proposed bills.

Some have been successful, while others, in places such as North Dakota and Iowa have been permanently blocked by infanticide-loving courts.

I recommend those states look at why their bills were blocked and go back to the drawing board. Their cause is just.

Now, I say all that as a preface to what I’m going to point out next.

First of all, abortion is only an issue to the GOP during election season. Anyone who feels they have a friend to the pro-life cause in the upper levels of government is deluded.

And please, no need for the whataboutism that usually follows these remarks. I don’t need to hear anyone say, “Well, we surely don’t have a friend on the Democrats’ side!”

Of course we don’t. They’re as pinned down by their partisanship as their colleagues.

In fact, I often wonder how many Democrats – not just in Washington, but in general – actually consider the act of abortion, the horrors and heartbreak it entails, and would secretly consider themselves opposed to it, but because of what their chosen political party demands of them, they keep it quiet and toe the “pro-choice” line?

That’s the point. Republicans are pretty vocal, bringing out all the bells and banners, when it comes to stating their pro-life cred, but when the rubber meets the road, where are they?

One indicator would be the first two years of the Trump administration, when Republicans had the presidency, the House, and the Senate in their camp.

What did they do to curtail the abortion industry?

Nothing. It wasn’t a priority.

I mean, they increased the tax-supported funding of Planned Parenthood, so I guess that’s something – just not the something pro-lifers tend to hope for.

When the federal government fails to represent us, or to show any actual courage, it really is up to the states to take the lead.

Abortion would be one of those matters. The Tenth Amendment makes it clear that anything not enumerated in the Constitution falls to the states to decide, and for far too long, states have abdicated that duty.

So we’re back to the individual states attempting to pass abortion limitation bills.

I don’t want to discourage that, because it needs to happen. Part of making that happen is having the citizens become proactive in knowing what’s in the bill, leaning on their state lawmakers, and assuring that they’re kept in the loop.

Specifically, I want to use the recently approved Georgia HB 481 bill, titled the Living Infants Fairness and Equality (LIFE) Act as an example.

So what the bill does is require doctors to check for a fetal heartbeat, then it bans abortions after the point where a heartbeat is detected. In most cases, that’s around 6 weeks of pregnancy, so, right away, it feels like a win.

It will be the abortionist who is required to listen for the heartbeat. A lot is banking on the integrity of someone who dismembers sleeping infants in the womb.

The bread and butter of Planned Parenthood is abortion, no matter how they publicly tout their “other” services.

Why put so much in their hands?

Still, there’s more in the bill, tucked away in the morass of technical language that most pedestrian voters would likely overlook, preferring to trust their Republican lawmakers.

HB 481 was presented with exceptions.

So I’m going to put this rhetorical question out there: Is the pro-life fight simply a fight in theory, or do we actually care about ending this genocidal practice?

If you’re firm in that this is a fight worth having, then we need to be concerned about bills like HB 481 that are presented with exceptions.

On page 3 of the bill, several important points are made, in determining the personhood of an unborn child:

(d) Unless otherwise provided by law, any natural person, including an unborn child with 68 a detectable human heartbeat, shall be included in population based determinations. 69 (e) As used in this Code section, the term: 70 (1) ‘Detectable human heartbeat’ means embryonic or fetal cardiac activity or the steady 71 and repetitive rhythmic contraction of the heart within the gestational sac. 72 (2) ‘Unborn child’ means a member of the species Homo sapiens at any stage of 73 development who is carried in the womb.”

I can get on board with all of that. Further down the page, however, it gets into the definition of “abortion,” and those things that would be exempt from the law.

The emphasis there is mine. You see a lot of exceptions. Some would argue they’re reasonable, neutral ground in the battle.

The mother’s “mental or emotional” state should raise some eyebrows. What are the parameters of that one?

It does not clarify if we’re talking about a woman with severe developmental delays, a diagnosed mental illness, or simply a woman that can convince an already willing abortionist that they’re having a rough day, and they’re in a bad head space, therefore – abort.

Are we to believe Georgia’s Republican lawmakers didn’t consider this?

What about “medically futile”?

Apparently, if it is determined the child may have some birth defects, their life is not worth saving to the “pro-life” Georgia lawmakers.

Possibly the most common and known instance of a “chromosomal anomaly,” as mentioned in the exceptions to the LIFE law would be Down Syndrome.

Awhile back, I read a gut-wrenching piece about how Down Syndrome has been close to eradicated in the Netherlands, because prenatal screening that shows a child will likely be a Down Syndrome baby results in almost 100 percent termination of the pregnancy by the mothers.

I’m not cheerleading for Down Syndrome. It’s stressful for the parents who have to worry about the well-being of their children when they pass.

That being said, I also know that Down Syndrome children are some of the happiest, most loving and good people you’d ever want to meet.

I know that there are resources available to give them life training, and education, so that they’re better prepared to handle more independent living, with very little supervision.

It’s not ideal, but life is always better.

While the passing of HB 481 caused the usual suspects to throw themselves across the altar of the Church of Abortion, I can only imagine they’re not completely informed about the new law, either.

There is very little ground that they’ve lost. The bill serves more as window dressing for the 2020 election.

What about the pro-life crowd?

Many have praised the passage, but does it do enough? Is this really a win for the side of life, or are conservatives being jerked around?

The devil is in the details, as they say, and Georgia pro-lifers should demand more.

In fact, in every state where heartbeat or born alive bills are presented, the pro-life crowd should look at the specific language, and then they should ask questions.

The sad matter is that Republicans in power have given lip service to the pro-life cause, but if they were to actually do something about it, what would they use as a campaign issue when the next election rolled around?

They don’t want the fight. They just want the votes, and as long as they can convince pro-lifers that they’re on their side, they have a built in voter base.

I really hate to be a cynic, especially when the stakes are so high, but somebody needs to say it, because the notion of the GOP as the party of pro-life has proven to be woefully ineffective. 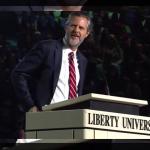 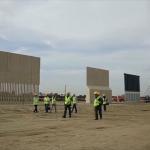 May 13, 2019 Wall Donors Left in the Dark by GoFundMe Campaign Starters
Recent Comments
14 Comments | Leave a Comment
Browse Our Archives
get the latest updates from
Susan Wright on the Right
and the Patheos
Politics Red
Channel
POPULAR AT PATHEOS Politics Red
1