Riding Out the Blue Wave

I’m going to start this piece by dispelling a myth about myself, in order to approach a growing debate across our nation.

Anyone with the vaguest familiarity with my work over the last four to five years knows I am vehemently opposed to Donald Trump and his presidency. I am aghast at how easily this incompetent charlatan overtook the party I once called my home. I based my objections to his candidacy on the simple principles of conservatism, driven by my deeply held values: morality, freedom, smaller government, and the worth of every life.

As an immoral and corrupt man, Donald Trump cannot be a moral or competent representative of the office of the presidency.

Over and over again, I have voiced my objections to King P***yGrabber, because when I stand before my Father in Heaven, I will not have the stain of endorsing his adulteries and multiple offenses on my hands. I will not use the excuse, “We weren’t electing a pastor,” while simultaneously calling him “God’s man.”

I will not lie about who Donald Trump is. I will not make myself comfortable with his abusiveness, repeated and outrageous falsehoods, attempts to remake our republic into a Trump dynasty, to enrich himself and his family, or his spineless acquiescence to tyrants and dictators around the world.

It is clear that for our nation to survive, there must not be a second Trump term. If you think of the damage he’s done in his first term, we should fear the depths he will stoop to in a second term, when whatever imaginary restraints there may have been are taken off.

With all that being said, I must stress this point: I LEFT THE REPUBLICAN PARTY. I DID NOT JOIN THE DEMOCRAT PARTY.

It’s a shame I have to clarify my stance, based on the binary shackles the majority of American voters have so willingly burdened themselves with, but it is what it is.

It’s worth noting that I have friends from a wide political spectrum, and I value them all. Interestingly enough, it is those friends who have devoted themselves to the MAGA way of life who are most likely to forget that friendships should be about more than our political affiliation.

And now I must address the budding anti-Trump movement known as the “blue wavers.”

The “blue wave” movement actually picked up steam in the last midterm, as rightly-disgusted independent and “NeverTrump” voters determined that to rid ourselves of Trumpism and undo the damage he’s caused, we must cleanse Congress of the MAGA stench.

Republicans in Congress have become nothing more than the neutered enablers of a corrupt, would-be caudillo. They have gladly welcomed the kakistocracy and as a result, the vast majority of them have shed any act of conservative or Constitutionally-rooted idealism. I completely understand this new disdain for all-things-GOP.

I am not a blue waver.

What I’m seeing from blue wavers now is not a simple desire to rid ourselves of Trump and the cancerous growth of Trumpism.

No, they want to burn conservatism to the ground, feeling that that is the only way our nation will survive. They seek a cleansing, just as controlled forest fires can burn away rot and debris, to make way for new growth.

Except this is not a forest. This is a republic.

Most blue wavers, NeverTrumpers, and yes, even MAGAts have a common lineage: the Tea Party.

Most of us rallied around the idea of smaller government and rejected the overreach of the Obama era.

It was the Tea Party movement that swept in conservative stalwarts, like Representative Justin Amash, as well as the political equivalent of the pet rock, Sarah Palin.

While some of us actually believed the hype, others proved that with the right dose of snake oil, they’d abandon every ounce of free market, small government, conservative credentials they ever claimed.

For the Trump cult, it was his unbridled idiocy. He played well to the angry, frothing, low end/low info voting bloc.

I understand the damage of Trumpism. I see a party I once revered turning to accomplices, rather than defenders of the republic, and selling our national soul in order to cling to their seats of power.

I want it to stop.

What I want more, however, is for there to be a national revival, both of the spirit of freedom and the Spirit of God.

I don’t see either of those happening with the binary choices that have become haven for the weak.

There are a lot of people out there that I admire greatly, and stand in almost total agreement with, when it comes to the dangers of allowing Trump a second term. Some of them have joined the blue wave group and now, even as they still identify as Republicans, have joined forces to push for what will amount to a third term for Barack Obama, by supporting former Vice President Joe Biden’s nomination.

And yes, I get it. It’s not just Trump’s liberalism. It’s his corrupt, entitled nature. It’s his idiocy-in-action. He has driven the debt up to back-breaking unsustainability. His latest freebie was to the tune of $2 trillion, with the bulk going to big business.

That, and he’s just an awful person. He’s an embarrassment, and a stain on the face of this nation.

Why aren’t you willing to do anything to get rid of Trump? If you don’t vote for Biden, you’re helping Trump win another four years!

These are the arguments I’m hearing from the most devoted blue wavers.

Guys, it didn’t work in 2016 when Republicans said, “If you don’t vote for Trump, you’re helping Hillary” and it won’t work now.

Why would I vote for a liberal, who has a stated platform of pushing the nation further left, if my values are conservative? It has to be about more than getting rid of Trump. I want to see things fixed. I want to see positive movement right.

I’ll concede that Joe Biden is more suited to hold political office than Trump, but that doesn’t mean he has earned my vote. It simply means he knows the game. He’s just not on my team.

The same ones who so vehemently call for the end of the Trumplican party, feeling that they are just and righteous in their crusade are the same ones that balk and quiver at the thought of pushing for an actual revolution that shakes the status quo.

They are tools for liberalism and every damaging aspect of the ideology, simply because they want the work to be done for them. They don’t have the actual motivation to fight for a truly conservative answer.

Can a third party candidate break the duopoly?

I think the time is now, given the right man or woman steps forward, but the voters need to be motivated enough to do their part.

He can if you vote for him.

I don’t have a problem abstaining from the top of the ticket in November, should there be no other choice than the right or left wing of the same dirty bird. I’ll do it and let the chips fall where they may. I’ll do it with no guilt for what comes after, because my vote must be earned, not guilted or threatened out of me.

I hope, however, that someone DOES step forward, whether it’s a Justin Amash or another liberty-minded individual.

But no – neither Trumpism nor the blue wave cult can sway me to bend to their alarmism. And I won’t lose a minute of sleep over it. 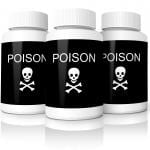