Even in the midst of a global pandemic there is no end to Donald Trump’s petty, self-absorbed vindictiveness.

Let us begin by noting, without question, that Trump has handled the Covid-19 outbreak with the same skill and savvy he exhibits in his business.

This is where I remind everyone that he’s filed for bankruptcy at least five times and everything from Trump steaks to Trump vodka has proven to be a failure.

If there is anyone less qualified to be president at a time like this, I couldn’t imagine what would make them so.

While our world is on shut-down, operating under a cloud of fear of a virus that has killed over 7,000 just in the United States, Donald Trump is still targeting those he perceives as personal enemies.

By “personal enemies,” I mean governors who don’t show him proper fealty, as he has openly said if they’re not nice to him, maybe they don’t get the supplies they need.

I’m talking about his attack – unbelievably – on medical facilities.

Massive amounts of medical supplies, even hospitals and medical centers, are being delivered directly to states and hospitals by the Federal Government. Some have insatiable appetites & are never satisfied (politics?). Remember, we are a backup for them. The complainers should…

….have been stocked up and ready long before this crisis hit. Other states are thrilled with the job we have done. Sending many Ventilators today, with thousands being built. 51 large cargo planes coming in with medical supplies. Prefer sending directly to hospitals.

We shouldn’t forget that his slow-witted, devious son-in-law recently referred to the national stockpile of emergency aid as “ours,” meaning the feds, and indirectly, the Trump administration’s, rather than belonging to the nation and those states that make up this union. Also, Trump ignored this problem for weeks, until it was too late.

And by “personal enemies,” I mean he’s targeting career intelligence and law enforcement figures for doing their jobs.

With the nation reeling, President Ranty McTweeter, the gilded toad of 1600 Pennsylvania Avenue, fired Michael Atkinson, the inspector general of our intelligence community.

Atkinson, in doing his job, was the first to alert Congress to the whistleblower’s report, concerning Trump’s quid pro quo call to the president of Ukraine. He set the ball rolling in what would lead to the impeachment of the president.

And here I remind you that even though a corrupted GOP in the Senate allowed Trump to skate, he is now and forevermore IMPEACHED.

In making his move, Trump gave Atkinson 30 days to pack his things. In a letter that was dated April 3, he lays out his treachery:

“This is to advise that I am exercising my power as president to remove from office the inspector general of the intelligence community, effective 30 days from today,” the president wrote.

Trump said in the letter that he “no longer” has the fullest confidence in Atkinson. “As is the case with regard to other positions where I, as president, have the power of appointment, by and with the advice and consent of the Senate, it is vital that I have the fullest confidence in the appointees serving as inspectors general,” he wrote. “That is no longer the case with regard to this inspector general.”

Trump added that he would be submitting a new nominee for the position to the Senate “at a later date.”

Don’t be surprised to hear that Diamond and Silk will take up the position in tandem.

This is a tyrant who will not be held accountable. The manner in which he moved against Atkinson is nothing short of Soviet-styled political revenge.

And isn’t there a pandemic he claims to be taking seriously?

This was a retaliatory action, and you can only imagine the message it sends to our intelligence community. Their jobs have been redefined as obsequiousness to a central leader, rather than to the well-being of the nation. How many will begin looking for an exit? Worse yet – how many will comply?

“In the midst of a national emergency, it is unconscionable that the president is once again attempting to undermine the integrity of the intelligence community by firing yet another intelligence official simply for doing his job,” Warner said in a statement.

House Intelligence Committee Chairman Rep. Adam Schiff (D-Calif.) described the firing as “retribution” coming in the “dead of night” and called it “yet another blatant attempt by the president to gut the independence of the intelligence community and retaliate against those who dare to expose presidential wrongdoing.”

And they’re all completely right.

It gets even more disgusting.

Atkinson was informed on Friday night that the penalty for taking his job seriously was his dismissal. He was put on immediate administrative leave. That’s a tricky little move that helps the Crook-in-Chief get around a law that requires a 30 day notice to congressional intelligence committees.

So how deep was Atkinson’s involvement with what started the investigation into Trump’s Ukraine scandal?

Atkinson opposed the decision by then-acting director of national intelligence Joseph Maguire to withhold the whistleblower complaint from the House and Senate intelligence committees — in particular, Maguire’s decision to seek guidance on the issue from the Justice Department, rather than turn it over to Congress as required by law.

We know that if this had gone through the Justice Department it would have been rendered D.O.A. by Trump’s personal, in-house fixer, Attorney General William Barr.

The impasse highlighted the fact that whistleblower protection laws never envisioned a scenario in which the director of national intelligence would withhold a complaint from lawmakers — especially one the inspector general had deemed “urgent” after investigating the matter. Nor did they envision a scenario in which an intelligence agent would blow the whistle on the president, whose unique legal status made the situation unprecedented.

But it needed to be done. No one should be above the law.

Someone please inform the führer.

The issue of whistleblower protection was a central focus of Atkinson’s confirmation hearing, where he pledged to establish “a safe program where whistleblowers do not have fear of retaliation and where they’re confident that the system will treat them fairly and impartially.”

Atkinson’s removal follows that of Maguire, who was removed after his staff briefed members of Congress about Russian interference in the 2020 campaign.

Seriously, Donald Trump really doesn’t like having his crimes against our nation exposed, and those feckless, spineless Republican lawmakers, all licking at his boots for favor, are responsible for keeping us under his incompetent, lawless rule.

I don’t see myself voting for any Democrat in November, so blue wavers should know this upfront. That being said, if Donald Trump is allowed four more years, this nation will cease to be the republic our founders envisioned, and the change will not be to our benefit.

March 22, 2020
DOJ Launches Attack on the Constitution
Next Post 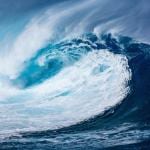 April 20, 2020 Riding Out the Blue Wave
Recent Comments
18 Comments | Leave a Comment
Browse Our Archives
Related posts from Susan Wright on the Right