Life After the Grift

So the election is done, but it looks like it is far from over.

Actually, I’ve been having a bit of schadenfreude fun with the Trump-faithful. The “I WANT A RECOUNT! Why? So you can re-lose?” meme has become an instant favorite.

None of that means I’m thrilled with the looming reality of a Biden/Harris administration. I didn’t vote for that ticket. I voted for Jo Jorgensen, in hopes of strengthening the prospects of a third party in 2024. For that matter, the majority of my down ballot votes were for Republican candidates, as I predicted a Biden win, and understood the need for a balance of powers.

Yes, with Biden as president, Republicans in Congress will suddenly care about smaller government and the national debt, again.

Those of us who claim true conservatism never needed a Democrat president to care about those things.

What I’ve seen in the aftermath of this election is what so many of us feared: A total breakdown in civility and reason, as Trump has signaled to his frothing base to ramp up the turmoil. No one was under the illusion that Donald Trump, the most petty, thin-skinned fraud to ever hold public office, would simply man-up and accept defeat with dignity.

When you consider the host of charges that presidential immunity has shielded him from, it becomes clear why he’s kicking and screaming, all the way to January 20, 2021. The Southern District of New York is poised to drop a very large hammer on Trump, and if they are successful, he will likely spend the rest of his natural life in a federal prison cell.

Donald Trump’s massive ego, along with a desire to promote his “brand” and rake in cash for his personal businesses worked, to a degree. He never divested from his businesses, as past presidents have done. He remained in control, while allowing his children to run the day-to-day operations of the Trump Organization. In the meantime, according to recent reports, he has parlayed his position as president into a $1.9 billion bonanza for his company. Foreign dignitaries, looking for access, have diverted their state visits to Trump properties. Foreign lobbyists have rented rooms and space at his hotels, and in some instances, have not even stayed there, after making the arrangements. GOP business meetings have often been booked at Trump’s properties, as well.

This is fortunate for him, as his recent tax returns reveal he is deeply in debt, and the bill is coming due, soon.

While fortunate, however, is it legal?

The charges awaiting Trump’s return to “private citizen” status are both civil and criminal. It would seem that in his quest for power and money, he failed to factor in the spotlight he was putting himself under. He failed to understand how politics has a way of flushing all of one’s impurities and improprieties to the surface.

And now, he must pay.

So let’s talk about some of the charges he is surely turning over and over in his mind, as he hunkers down and calls for his flying monkeys of the GOP to defend him.

Cy Vance, the Manhattan District Attorney, has suggested that the president is facing charges of bank fraud, tax fraud, and insurance fraud. He’s also looking at charges of falsification of business records.

This stems from the testimony of Trump’s former personal attorney and “fixer,” Michael Cohen. He testified before Congress of Trump’s questionable business practices, where he moved the numbers around the avoid paying the taxes due on his properties. He would downgrade the worth to the IRS, but pump up the worth when dealing with investors.

Moving forward with the case was always hindered by Trump’s position.

‘Those concerns will disappear when Trump leaves office,’ Sandick said. The investigation poses a threat to Trump, said Corey Brettschneider, a professor of political science at Brown University.

“The fact that they have issued the subpoenas and have litigated all the way to the Supreme Court suggests that this is a very serious criminal investigation of the president,” Brettschneider said.

Knowing Trump’s requirement of total fidelity by those he sees as “hirelings,” he likely feels his three Supreme Court picks – Gorsuch, Kavanaugh, and Barrett – will bail him out at the highest level, but that’s no guarantee. They’ve been appointed to the position for life, and Trump cannot fire them in the same manner he fires Cabinet members.

Speaking of slavish hirelings,  our current attorney general, William Barr, is just the kind of corrupt henchman Trump likes in his employ. He’s done a bang-up job of keeping things under wraps for Trump,  but he can likely kiss that position goodbye, as soon as Joe Biden finishes his inauguration speech.

That’s another layer of protection gone.

Trump could conceivably face a criminal prosecution brought by the US Department of Justice, led by a new US Attorney General. Some legal experts have said Trump could face federal income tax evasion charges, pointing to a New York Times report that Trump paid $750 in federal income taxes in both 2016 and 2017.

‘You’ve got the stuff that has come out of the New York Times that has all kind of indicia of tax fraud,’ Nick Akerman, a lawyer at Dorsey & Whitney and a former federal prosecutor. Akerman cautioned that it is not possible to know for certain until seeing all of the evidence. Trump has rejected findings from the Times report, tweeting that he had paid many millions of dollars in taxes but was entitled to depreciation and tax credits.

Of course, in order for that to happen, a President Biden would have to sign off on it, and currently, he considers the prospect “distasteful.” He, unlike Trump, doesn’t see going after political enemies after they’re already beaten as the way to heal the chasm of partisanship.

In reality, bringing Trump down hard may be the only way to set the nation back on the right path.

Then there are all the civil suits against Donald Trump and his organization.

New York’s Attorney General Letitia James is currently hot on the Trump Organization’s tail, regarding tax fraud. In October, Trump’s son, Eric Trump, was deposed, because of his involvement in the specific cases under review. Eric Trump acts as the executive vice president of the organization.

The inquiry by James, a Democrat, began after Trump’s former lawyer Cohen told Congress the president inflated asset values to save money on loans and insurance and deflated them to reduce real estate taxes. The Trump Organization has argued the case is politically motivated. The inquiry is a civil investigation, meaning it could result in financial penalties but not jail time.

Then there are the lawsuits from a former writer for Elle Magazine, E. Jean Carroll, and Summer Zervos.

Carroll wrote in her memoir that in the 1990s, Donald Trump raped her in the dressing room of a Manhattan department store. The president accused her of lying, in order to sell her book, by saying, “She’s not my type.” In 2019, she sued him for defamation.

Trump attempted to use the Department of Justice to run a block, but failed.

In August, a state judge allowed the case to go forward, meaning Carroll’s lawyers could seek a DNA sample from Trump to match against a dress she said she wore at the New York City department store. A federal judge in Manhattan rejected a bid by the US Justice Department to substitute the federal government for Trump as defendant in the case. US District Judge Lewis Kaplan in Manhattan said that Trump did not make his statements about Carroll in the scope of his employment as president. Barbara McQuade, a law professor at the University of Michigan, said she expected Biden’s Justice Department to abandon the effort to shield Trump from the case.

Seriously, I’ve never saved a dress for that long, but Carroll, like Monica Lewinsky, apparently understands a few things about sexual deviants in positions of power.

Summer Zervos, on the other hand, was a contestant on Trump’s reality show, “The Apprentice,” back in 2005. According to Zervos, Trump kissed her against her will at a meeting in 2007, then later, while at a hotel, groped her.

Trump denied her allegations and called her a liar. She sued him for defamation. He has claimed to have immunity, as president, but that immunity goes away, as soon as he’s out of office.

As it pertains to Carroll and Zervos, we can’t be sure that their efforts will be successful, but they’re only a small part of the headaches that are waiting for Trump to become “former” president.

His one term, as inglorious and chaotic as it was, has served as a catalyst to activate a host of legal troubles for Trump, as well as his family.

Was it worth it?

I suspect the nation will struggle with the seeping wound of Trumpism for many years to come. For those of us who have fought the good fight, however, we can take some measure of satisfaction in seeing a really bad, orange man get exactly what he deserves. 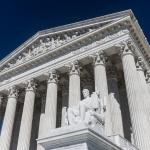