If you have been attending to the discussion over whether or not Pope Francis, in another memorable plane interview, made allowances for the use of contraception for women infected with the Zika virus, I hope you have taken the time to check out what he actually did say, at least in this unofficial English translation. You might also want to check out, if you haven’t already, Pia de Solenni’s post on the topic, and Melinda Selmys’ insightful analysis here at Patheos.

Here’s what the Pope said:
“Don’t confuse the evil of avoiding pregnancy by itself, with abortion. Abortion is not a theological problem, it is a human problem, it is a medical problem. You kill one person to save another, in the best case scenario. Or to live comfortably, no?  It’s against the Hippocratic oaths doctors must take. It is an evil in and of itself, but it is not a religious evil in the beginning, no, it’s a human evil. Then obviously, as with every human evil, each killing is condemned.

On the other hand, avoiding pregnancy is not an absolute evil. In certain cases, as in this one, or in the one I mentioned of Blessed Paul VI, it was clear. I would also urge doctors to do their utmost to find vaccines against these two mosquitoes that carry this disease. This needs to be worked on.”

It’s probably too permissive for some and insufficiently permissive for others. And I am going to try to approach this topic with sensitivity towards both of these groups. Many practicing Catholics experience a sense of confusion or even abandonment, feeling that perhaps their fidelity to the teachings of Humanae Vitae is being dismissed, or that the pope is using his authority irresponsibly. Others, inside and outside the church, are frustrated with what seems often to be a scrupulous or first-world disregard for the overwhelming challenges faced by women trying to manage fertility in the developing world.

A few general things to keep in mind.

– First of all, the pope is not changing church teaching. Even should he decide to attempt this, the venue for this is not a plane interview.
And yet, some are disturbed that he even brings these things up in plane interviews. Given the media’s readiness to jettison accuracy for the sake of a sensational story, as in this NPR piece,  many worry that the faithful are being misled, or that Pope Francis is causing scandal. While I understand the frustration with inaccuracy (always a headache for a literary critic) I suggest that the confusion being generated is, in fact, fruitful. Magisterial teachings cannot be fossilized, and a living doctrine is one that develops. This doesn’t mean that teachings are “changed” in the sense of reversed or contradicted; it does, however, mean that we continue to revisit what they entail as we engage with new challenges – whether new threats to human flourishing, or a growth in understanding what this flourishing entails. In this case, it is ethically irresponsible to respond to the desperate need of families confronting grave medical crises with the facile command: “just obey.” We need to address these crises seriously. This means opening the floor for discussions of what might or might not be possible, and the goal of such discussions must not simply be to defend what has been taught before, but to provide genuine material aid within the realm of the ethically feasible. Finding and acting on solutions requires intellectual elasticity as well as moral alertness, and the conversations prompted by the pope’s remarks aid in this end.

– Another point to note: while new reports suggest that cases of microcephaly and paralysis may not be linked to Zika, but to chemical fungicides, this should not distract us from the gravity of the situation (though it should perhaps make us think more seriously about organic growing as a more ethical choice?). Whether the birth defects are caused by exposure to a virus or exposure to a chemical, the gravity of the situation remains.

– Also, as noted elsewhere, the pope’s assertion that Pope Paul VI permitted nuns to use contraception in case of rape has yet to be verified by any historical documentation.

– And, on the subject of rape: keep in mind that it’s not always sufficient to recommend NFP for women in developing nations in which, due to crime or war, the threat of sexual violence is great. It is even possible for such violence to occur within marriage, so that a married woman who is trying to prevent conception in times of danger might simply have no say in the matter – especially in societies in which toxic masculinity is still regarded as a virtue. The practice of NFP in the developed world, with access to medical care and with the benefits of an ethical feminism, may be at times difficult – but for women in some cultures it may be quite simply a material impossibility.

– Lastly, it’s important to be sure our concerns are not influenced by ableism, that we’re not minimizing the incommunicable value of those children who are born with defects of any sort. Let the focus remain on preventing suffering, not on any suggestion of “eliminating the unfit.”

This being said, let us dim for a moment the shouts about what is forbidden or permitted, and take a look at the especially relevant quotations in Humanae Vitae:

“The Church, nevertheless, in urging men to the observance of the precepts of the natural law, which it interprets by its constant doctrine, teaches that each and every marital act must of necessity retain its intrinsic relationship to the procreation of human life.”

“This particular doctrine, often expounded by the magisterium of the Church, is based on the inseparable connection, established by God, which man on his own initiative may not break, between the unitive significance and the procreative significance which are both inherent to the marriage act.

“The reason is that the fundamental nature of the marriage act, while uniting husband and wife in the closest intimacy, also renders them capable of generating new life—and this as a result of laws written into the actual nature of man and of woman. And if each of these essential qualities, the unitive and the procreative, is preserved, the use of marriage fully retains its sense of true mutual love and its ordination to the supreme responsibility of parenthood to which man is called. We believe that our contemporaries are particularly capable of seeing that this teaching is in harmony with human reason.”

“Therefore We base Our words on the first principles of a human and Christian doctrine of marriage when We are obliged once more to declare that the direct interruption of the generative process already begun and, above all, all direct abortion, even for therapeutic reasons, are to be absolutely excluded as lawful means of regulating the number of children.”

Note that the very clear designations about what is permitted, in these passages, refers specifically to contraception as a “means of regulating the number of children.” And then consider the following:

“On the other hand, the Church does not consider at all illicit the use of those therapeutic means necessary to cure bodily diseases, even if a foreseeable impediment to procreation should result there from—provided such impediment is not directly intended for any motive whatsoever.”

It is possible to consider that, perhaps, the use of contraception to protect a woman from transmitting a threatening condition to a child would not fall into the categories outlined in the encyclical.

Note, too, that in the teachings forbidding contraception, the stress is placed on the role of sex within marriage, and on the dangers of separating the unitive from the procreative. In cases of rape there is no unity – there is rather a terrible violation of the physical and psychological locus where unity should occur. So, even if the story of the nuns turns out to be based in hearsay, there is merit in considering the ethical possibilities for such a case.

Now, before you rush out to tar and feather me as either a flaming heretic or an uptight puritan, please keep in mind that I am trying to respect the legitimate concerns of both groups of people who might be upset over this situation, and merely raising questions about the possibilities that exist within the tradition, as a textual critic and not as a trained theologian.

And before you rush out to tar and feather the pope, take a look back at what he said and note that it is actually entirely in keeping with what we have been taught on the topic since the promulgation of Humanae Vitae. He speaks simply of “avoiding pregnancy.” As our pastoral leader, Francis is building on the tradition that exists – not undermining it. And as a pastoral leader he is also reminding us to keep our focus on the struggles and needs of our brothers and sisters. Let us hear the voice of Rachel weeping for her children. 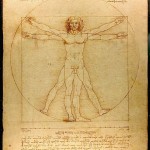 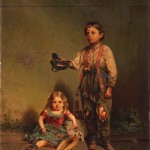 February 22, 2016 Abortion, Collective Responsibility, and the S-Word
Recent Comments
0 | Leave a Comment
Browse Our Archives
Related posts from suspended in her jar