a window might not open, and you might be given more than you can handle: the clamor of insufficient explanations

a window might not open, and you might be given more than you can handle: the clamor of insufficient explanations May 23, 2016 Rebecca Bratten Weiss 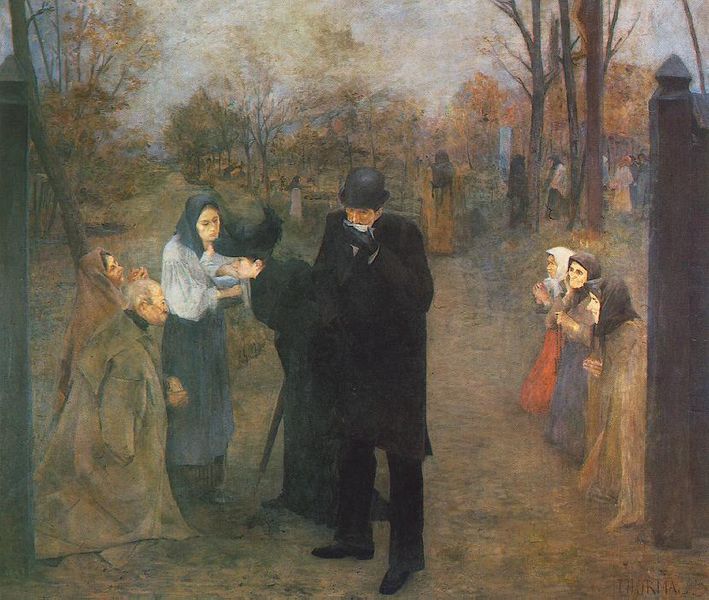 She has lost her job, and is on the verge of being evicted. Should I just give up, is it even worth it? she asks herself. Sitting still waiting for disaster is unbearable, so she takes a drive in the rain across grey city streets, and says a prayer: “God, I trust in you” – then looks up, and sees a rainbow, bright as heaven against the clay-hued sky. Hope, she murmurs. I was forgetting to have hope.  And when she gets home, she finds an email waiting for her; a company with which she interviewed, for a job for which she didn’t really feel qualified, wants to hire her. She does a dance around her apartment – her apartment that can still be her home. She opens the bottle of wine she was saving to help face the worst, and celebrates instead. I was wrong to doubt, she thinks. How could I have been so wrong?

Whenever God closes a door, he opens a window.

The phrase is trite, but she murmurs it, sips her wine, smiles.

If God brings you to it, he will bring you through it.

God never gives you more than you can handle.

But think of everyone else who was praying that afternoon, who saw the rainbow that evening: abused wives, homeless people dying on the streets, foster children shuffled from house to house, people suffering from intolerable depression and anxiety, parents watching their children die of incurable diseases. How delightful it would be if every person who prayed and saw the rainbow found that hope paid off: and yet, usually, it doesn’t work this way at all. We can rejoice with those who get through it, but these stories are not proof. Sometimes nothing happens, and you have to go on struggling.

There has to be a light at the end of the tunnel.

But, sometimes, there isn’t.

For every story which confirms these pretty bromides, there are ten that disprove them. War, genocide, and famine disprove them.  On this earth, at least, there is no guarantee that any amount of faith, any number of rainbows, will bring you through to the other side. This isn’t just because we all die eventually. It’s because there are ways to die that are intolerable, even with the phantasm of paradise to ease the way.

And yet anyone who is suffering is guaranteed to hear these sayings, occasionally with an uplifting anecdote thrown in for good measure, the exception that – apparently – proves the rule.

I grew up witnessing a great many attempts at faith healing. The mantra was that if we had enough faith, God would reward us – or, perhaps, that our prayers were like electrical charges, lightning strikes at heaven, and if we got enough of them going at once they’d shoot through to heaven and God would sit up and take notice. Or maybe that God was just sort of helpless without our faith as a catalyst, a giant machine in the sky that needed to be fueled up before doing its duty.

Whenever we prayed and someone died anyway, the implication was that we just hadn’t believed enough. I remember walking along a sidewalk, staring down at the cracks, praying hard for something important, willing myself to believe, believe, believe – envisioning outcomes – wondering if I needed to prove my faith by doing something outrageous, like leaping from a cliff or eating rocks. Strange to think that I thought thus, once, and yet in all my paroxysms of forced devotion forgot about the image of Jesus, Jesus who refused to jump from the cliff or turn rocks into bread in order to prove anything, Jesus naked and bleeding and tortured on a cross.

The intolerable optimism of the bromides is not only unrealistic and foolish; it also has a dark side: because once we assume that we are here because God brought us to it, we identify suffering with God’s will. While it is true that pain is not the greatest evil, it is still an evil. Otherwise, those who inflict pain on others would be not be doing wrong, but torture is intrinsically evil at all times, for any reason. Pains that are acceptable are those that we suffer for the sake of a better outcome – some medical treatments, for instance, or even exercise. But why are we so comfortable with the idea that God is inflicting pain on someone for some ineffable reason, for the sake of some nameless invisible good to be gained, something we’re told simply to believe is true?  The fact that we need to suffer to be well is a symptom of a fallen world, but to suggest that the suffering itself comes not from the darkness of nature but from God on high is horrifying, sadistic.

This was obviously God’s will.

Tell that to a child dying in a concentration camp.

When we think that suffering must be God’s will, we excuse ourselves from the duty of trying to seek justice. In order to believe that enough faith will give a material fix to the disaster that you’re in, you have to close your eyes to all the disasters that never were fixed.

In Dostoevsky’s The Brothers Karamazov, the atheist brother Ivan refuses to believe in a God who allows the suffering of children, and says that even if there is some inexplicable benefit to be derived from this, he will not have it. “I respectfully return the ticket” he says. I sympathize. I respectfully return the ticket to whatever fun-house or extravaganza somehow necessitates this terrible suffering. I would rather join Ivan and deny God outright, than believe in a God who is up there pulling all the strings that lead us to torment and loss, because this was the only way, the best of all possible worlds. Sometimes I wonder if God is a little like Joyce’s image of the divine, as a master novelist, indifferent, “paring his fingernails.” Do the heavenly intelligences read the epic of human life the way I devour A Song of Ice and Fire? It’s a good story. Is that why we suffer?

I can’t tolerate that one, either. I return the ticket to the fabulous novel, even.

But I don’t give up on belief in God, because without God, if this is all there is, we are screwed royally. If you live and die in relative comfort in a developed country, maybe have a few colds, a heartbreak or two, you can probably come up with a nice atheist bromide for suffering, to counter the religious ones – but, to anyone experiencing genuine anguish, I expect it would sound just as irritating as “if God brings you to it, he’ll bring you through it.” Whatever humanistic self-help slogan you can derive from your own survival does nothing to rectify the horror of thousands of children being abused, starved, raped, murdered, blown up by bombs, dying of horrible diseases. Or the suffering of mental illness, which can be so terrible as to utterly blot out even realistic arguments for hanging on and having hope, so that the terror comes not from outside, but from inside. This you can not hide from; this enemy you can not neutralize. I would like to believe that prayer at least can give us hope to hang on, but the reality of mental illness puts this belief to the test, because depression builds a wall through which hope can not be seen, even if it it out there – and sometimes, no window opens.

And that’s not even getting started on animal suffering.

Any possible answer anyone can give me to explain the depth of anguish all creation suffers is going to be, at best, just stupid. So I am hovering perpetually in the middle of this existential leap of faith that says: there has to be healing, there has to be redemption. I just can’t begin to fathom what it might entail. So all that’s left is to believe that God loves us all, is with each one of us, in some way inexplicably invisible and silent – to make present, when we can, the love of a God who was willing to suffer with us.

I can not shatter the silence, but perhaps the silence is better than the clamor of insufficient explanations. Silence may be where the love is most real. 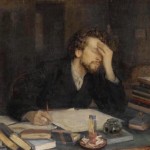 May 21, 2016
is it okay to put your enemies in a book? the strange moral discipline of fiction writing
Next Post 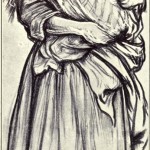 May 25, 2016 is a bourgeois version of charity inhibiting social change?
Recent Comments
0 | Leave a Comment
Browse Our Archives
get the latest from
suspended in her jar
Sign up for our newsletter
POPULAR AT PATHEOS Catholic
1