confessing the sin of racism 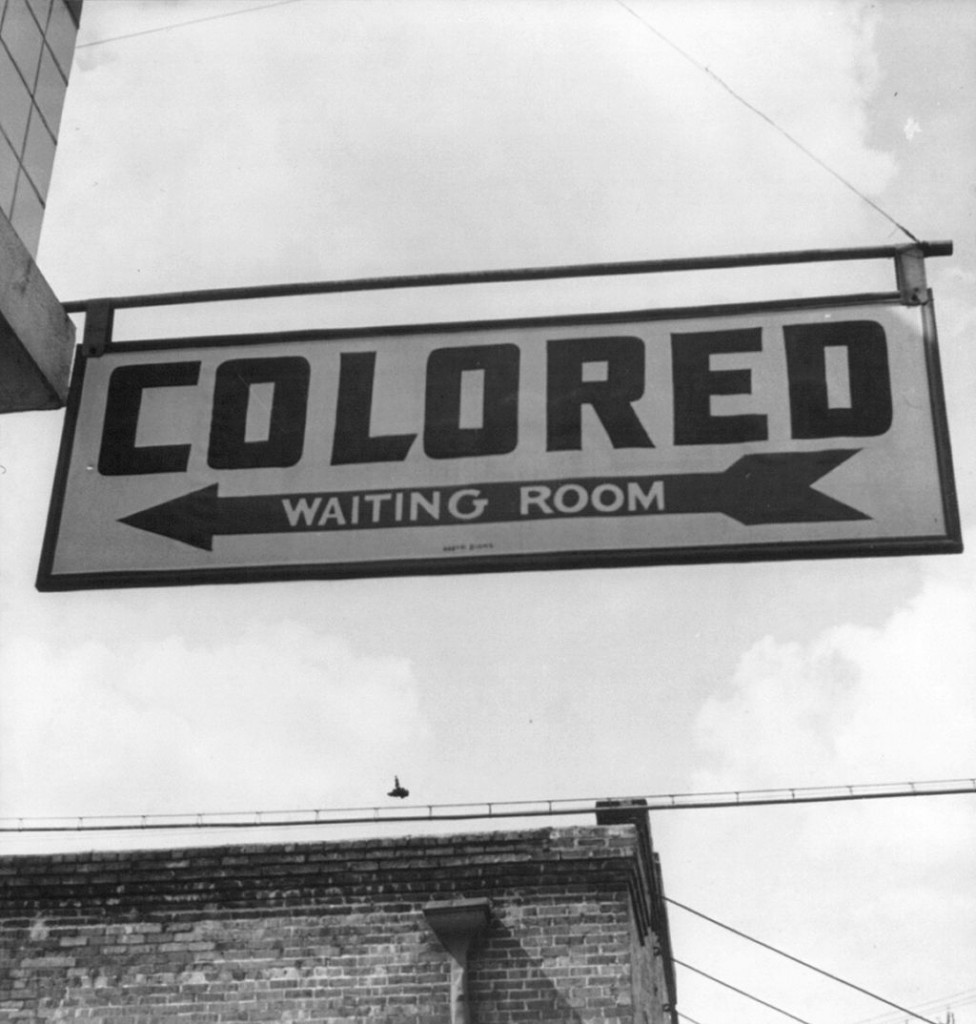 (It’s likely that I am about to piss people off. Pissing people off is not my goal, and I try to avoid it, as it is not constructive, but situated as we are in a condition of cognitive dissonance in which we avow that racism is evil, while still sometimes upholding racist attitudes and ideologies, it’s probably inevitable).

Nearly forty years ago, the U.S. Bishops promulgated a pastoral letter on racism, in which they stated unequivocally that:

Racism is a sin. A sin that divides the human family, blots out the image of God among specific members of that family, and violates the fundamental human dignity of those called to be children of the same Father. Racism is the sin that says some human beings are inherently superior and others essentially inferior because of races. It is the sin that makes racial characteristics the determining factor for the exercise of human rights. It mocks the words of Jesus: “Treat others the way you would have them treat you.” (4) Indeed, racism is more than a disregard for the words of Jesus; it is a denial of the truth of the dignity of each human being revealed by the mystery of the Incarnation. (U.S. Catholic Bishops Pastoral Letter on Racism 1979)

While great strides have been made in both religious and secular circles to eradicate the disease of racism, it still infects our culture. And Christians, who ought to follow the example of Jesus in striving for healing and unity, not only are not immune to the disease of racism, but seem sometimes even to foster it. And this is not simply a case of a few fundamentalists in remote backwaters: the sin of racism has been woven into the history of Christianity, as rulers and conquerors through the ages have co-opted the language and the trappings of faith in order to marginalize, oppress, colonize, and enslave those whom they viewed as lesser. In Christ there is neither Jew nor Greek, yet the corruption of sin is such that many have in fact used Christianity to embellish the rhetoric of supremacy, as though possessing “right religion” entitles one to oppress others in the name of God.

At the same time, however, men and women of faith in different traditions and communities have eschewed such corruption of the Gospel, inspired by the light of Christ while toiling to eradicate racism. The image of Christ victimized and unjustly condemned, too, has been an ikon of hope for those oppressed by systemic injustice.

In 2003, Archbishop Harry J. Flynn wrote in his pastoral letter on racism, to the archdiocese of St. Paul and Minneapolis:

“I believe that two broad types of racism need to be recognized and resisted: individual and institutional. Individual racism is evident when a person adopts attitudes or takes actions that are based on the assumption of racial superiority. Such attitudes and actions violate the rights and dignity of other people because of race.

A second type of racism is institutional or structural. This type of racism exists where patterns of racial superiority are embedded in the systems and institutions of society. Such racism is less blatant and more complex, but it exists nonetheless. It is present wherever systems and institutions are created and maintained in such a way that they provide privilege or prejudice for one race over others. This type of racism can be seen, to varying degrees, in many of our social, economic, and political structures, including the structures of our Church.”

Perhaps it is due to the increasingly polarized nature of relations in both political and religious circles, perhaps because social media lends an alarming transparency to heretofore buried prejudices, but racism of the first kind is alarmingly apparent today. You see it in Facebook groups, you see it in comboxes. You overhear it in bars. Maybe it’s the Trump effect, that makes the harborers of individual racism suddenly comfortable speaking their mind.

“For example, during Mass in a predominantly white parish, a young African American Catholic extended his hand to give a greeting of peace and was told by the white gentleman next to him, ‘I don’t shake hands with your type.'”

The refusal to join in religious communion because of racial prejudice is a sacrilege against the body of Christ, an act of violence dividing and sundering this body already broken and laid down for us. As John Paul II wrote in Ecclesia in America:

“Every offense against the dignity of the person is an offense against God himself, in whose image human beings are made. This dignity is common to all, without exception, since all have been created in the image of God (cf. Gen 1:26).”

Other instances of racism within Catholic culture include priests denying communion to black Catholics, opposition to black parishioners in predominantly white parishes. We hear of black men being denied entry to predominantly white seminaries. Black Catholics are distraught when white Catholics inform them that the church, supposedly, supported the confederacy during the American Civil War. We hear of white priests refusing to marry interracial couples. We hear defenses of white criminals, white theft and murder, while black criminals are depersonalized as “thugs.”

Those of us who are white allies find ourselves repeatedly having to explain why Black Lives Matter is not a hate group. Dr. Martin Luther King is revered today, but these people who applaud him while sneering at today’s black activists perpetuate the problem of  bourgeois charity I wrote about earlier: those who stand with the “respectable” and spurn the activist, until history baptizes the activist, and the respectable hasten to appear on his side.

I remember standing in my church, eavesdropping on a group of men who were fretting over then-candidate Obama. One very pleasant older gentleman shook his head and said: “he’s going too far.” At first I thought he meant, in his policies. But listening on, I realized that he was saying that Obama was going too far in seeking the presidency at all, as a man of color. Did this older gentleman not know that racism is a sin? Well, how could he, when our priests so rarely preach on it? When it is not addressed in religious education? When Catholic educational institutions often slyly push the narrative that racism is imaginary, anyway?

Although the church has been vocal in her support of the rights of immigrants, Catholics in many circles stick their fingers in their ears and pretend not to hear. I heard an account of a theology student, himself the son of a Catholic educator, explaining that migrating is “against nature” and therefore “morally equivalent” to sodomy: because God intends you to work where you already live, apparently? (Ironically, he himself moved out of state for employment). Of course, no one wants to admit that he or she is opposed to Hispanics, or to persons of color. “I’m not a racist” goes nicely with “racism doesn’t exist.” And since racism doesn’t exist, those who cry racism are just whiny, right? This is itself a subtle racism.

And there are other forms of subtle racism:

Now, time for a confession.

I held such racist views once, and that is why I can see them for what they are. Of course, I was not racist on an overt level: I believed all people were created equal, and as a Jewish woman I have always been appalled at flagrant displays of discrimination. But I was sufficiently infected by the disease of institutional racism, in popular culture and also, unfortunately, in Catholic intellectual culture. I liked the idea of being a “rebel,” and was raised in the South, so I bought into the idea that the Civil War was not really about slavery, and was pleased to hear that the church had supported the Rebels. I believed in a soft, watered-down white supremacy. I truly believed that the church was founded in the midst of the Roman empire because of the inherent superiority of western culture. I plastered a confederate flag bumper sticker on my car, and bragged about how I could happily park it when visiting my friends in the Durham ghetto, and no one would bother me – as though I had somehow scored one, the high and mighty white girl, not realizing that people were used to seeing it, couldn’t do anything about it, that my friends were extending me a courtesy and I was trampling on their forbearance. I shopped at the “black girl” boutique because I liked to appropriate the “sexy black girl” image, without bearing any of the burdens endured by women of color who have been repeatedly hyper-sexualized and depersonalized by predatory males. I went out with black men because they were “exotic.”

Looking back, I am ashamed. Now I wish to mend whatever flaw in my soul allowed me to harbor racist tendencies, whatever failure of love or magnanimity blurred the face of Christ.

I confess the sin of racism.

But it’s not enough just to mend my own soul – lest I fall into the narcissistic tendency of making everything about me, “hating my own whiteness” or similar nihilistic nonsense. Doing penance for our sins and the sins of our fathers is not nihilistic, however, because it rises out of love and responsibility, and involves an outward turn towards the community and others in it. Working for justice can be meaningful penance. Deconstructing flawed structures, and doing what we can to work towards better ones, can be meaningful penance.  And this is especially true in our faith communities, where no person should ever be made to feel unwelcome, less human – where no person should be subjected to the spiritual abuse of suggesting that God is on the side of the oppressor.

However, because racism is institutional, a person can be enmeshed in the insitution without being, as an individual, a racist. I don’t like reducing persons to their least noble views, anyway. I don’t think it helps; it breeds resentment and closes minds. And resentment and closed minds can lead to violence. We are mimetic creatures and parrot what we are taught. But we have a moral obligation to step back and question the forces of authority that dictate to us false moralities, and to help heal the hurts to which others have been subjected.

June 5, 2016
the bombing of hiroshima, the case of jane laut, and our immoral preferential option for the powerful
Next Post 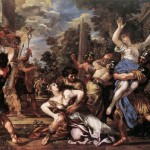 Malcolm Muggeridge & His Conversion to Catholicism
[edited in 1991: mostly his own words, with just brief comments of...

"For All the Dead Heroes": My tribute to...
is up at We Are the Mutants: In 1983, Lizzie Borden attacked...
view all Catholic blogs
What Are Your Thoughts?leave a comment
Copyright 2008-2020, Patheos. All rights reserved.