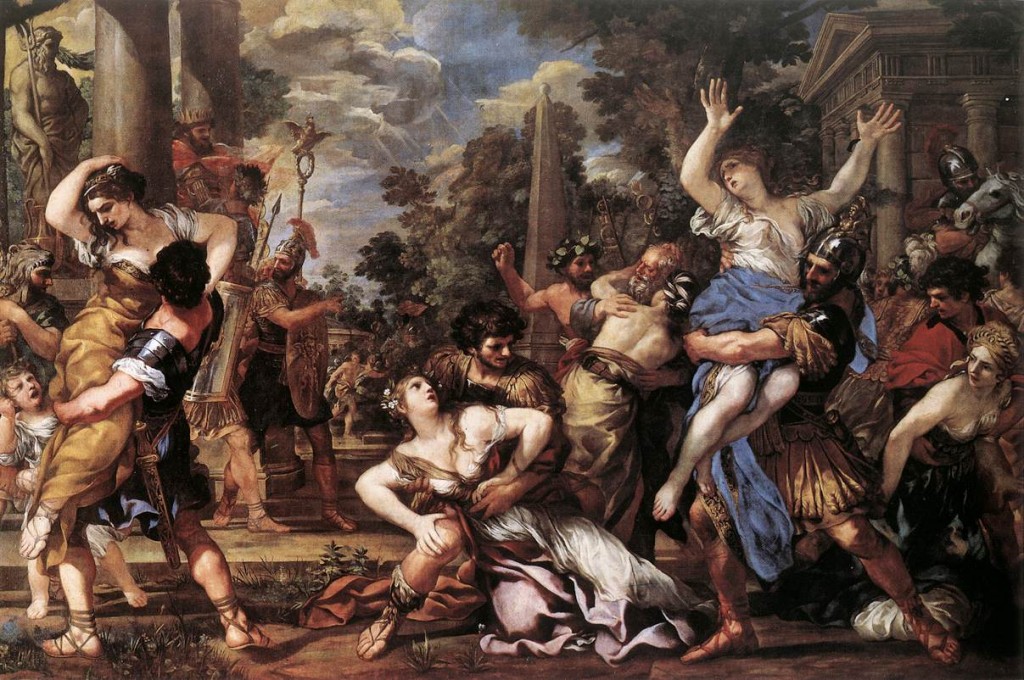 Outrage over the unusually lenient sentencing of Brock Turner for sexual assault of an unconscious woman in January has prompted a curious response from a demographic usually quick to denounce both criminal acts and sexual transgression. Here we have both a criminal act and the most depraved sexual transgression, yet suddenly people are discovering bowels of mercy within themselves hitherto unknown – for the aggressor, not for his victim.

The case is noteworthy for the complete callousness demonstrated by the perpetrator and his family, his father reducing an act of sexual violence to a mere “twenty minutes of action.” Apparently the judge feels likewise, explaining that a lenient sentence is due to Turner because prison would have “a severe impact on him.”

Running counter to this frivolous disregard of a severe moral outrage is the powerful statement from the unnamed victim.

“I was not only told that I was assaulted, I was told that because I couldn’t remember, I technically could not prove it was unwanted. And that distorted me, damaged me, almost broke me. It is the saddest type of confusion to be told I was assaulted and nearly raped, blatantly out in the open, but we don’t know if it counts as assault yet. I had to fight for an entire year to make it clear that there was something wrong with this situation.

In spite of the searing honesty and pain of the victim’s letter, people go on to reiterate the same excuses for her attacker: “he was drunk, so he couldn’t be responsible for what he was doing” – at the same time claiming: “since she was drunk, it was her fault.” And, apparently “sexual abuse is a two-way street” because she might have been “passive aggressive” which would have left him frustrated?

Look, if every  sexually frustrated drunk male is liable to drag a woman behind a dumpster, pull off her clothing, sloppily penetrate her with a foreign object, then leave her lying unconscious and half-naked with dirt and pine needles in her genitalia, I’m never leaving the house again. But this isn’t the case. I’ve lived that partying lifestyle, and I know there are assholes who will take advantage. I know that these assholes tend to be of the moneyed class, boys who never heard “no” and don’t understand it when they do. I also know that the majority of males won’t take advantage of a woman who is incoherent with drink, not because they restrain their bestial lusts, but because they’re too decent even to find that sort of sexual experience desirable. It’s often said that we do while drunk what we want to do while sober. Most men, while sober, have no desire to assault unconscious women behind dumpsters. Men as well as women long for romance and affection.

Meanwhile, this same set of circumstances that is extenuating for him is apparently damning for her. His drunkenness is an excuse; hers is a sin. The victim states that she was drunk precisely because she doesn’t drink often; she didn’t intend to get drunk, so from the standpoint of Catholic moral teaching she can’t be held responsible even for her drunkenness. To hold her responsible for her own rape is insane.

We are informed repeatedly, in conversations about abortion, that women need to be held responsible for their own sexual misdeeds. We are informed that women are to be held responsible for men’s sexual misdeeds, also, given that men are apparently too lust-driven and puerile to control themselves; if a woman is wearing the wrong thing, or walking the wrong way, she triggers an uncontrollable response in these hapless males, we are told. This sexual double standard places the entire burden of sexual misconduct on women, in spite of the fact that women are, generally, physically smaller and less able to defend themselves; in spite of the fact that the mechanics of heterosexual sex make it far easier for a man to force unwanted sex on a woman; in spite of the fact that the consequences of sex weigh more heavily on women, biologically and socially. This double standard flies in the face of physical and cultural reality, and is based not in reason or in ethics, but in a senseless and deep-rooted sexism.

Holding a woman responsible for being raped because she was in a situation of potential promiscuity implies a mindset that holds all sexual sins to be equal. This is a huge problem in mainstream thinking on Christian sexual ethics: as though the line between “good sex” and “bad sex” could be drawn clearly between “married sex” and “unmarried sex.” As though all married sex, so long as no contraception is involved, is necessarily holy, pure, good, happy, and filled with astonishing orgasms; as though marital rape never happened; as though consensual affectionate sex between two unmarried partners were somehow on the same moral level as the violent and aggressive penetration of an unconscious stranger.

Now, I am very critical of our prison system, and our tendency to administer harsh sentences. And, while I agree with progressives that rape is horrible, that rapists should be punished, and that we need to stop victim-blaming, as a Christian I don’t think we can reduce a rapist to a monster; I think we need to hold out hope for the conversion of every soul, bearing in mind the reality that living in a rape culture teaches men to feel entitled to female bodies. Rape is nothing new; it is woven into the history of western civilization, insofar as it is a history of militarism and conquest. Our earliest western epic is all about a war due to the rape of a woman, after all, and the men in question are “heroes.” I remember, my first time studying Homer in a classroom, everyone arguing about whether Christians could consider the men of The Iliad heroes given their un-Christian pride; their violence towards women, however, was not much noted.

Stan Goff, in Borderline, his excellent work on militarism, masculinity, and Christianity, points out just how interwoven rape-acceptance is with western culture:

“But rape is not seen as fundamentally aberrant in this society, it is seen as excess, as crossing a line, and at times as provoked excess (as in warfare). Hidden within the open public discourse about rape are exclusively male assumptions, and in this space rape is routinely portrayed as understandable and even at times desirable. Many people see prison rape, for example, as an appropriate and just form of extrajudicial punishment (“He had it coming”).

Socially, rape serves as an extrajudicial instrument of social control. bell hooks says that “rape of women by men is a ritual that daily perpetuates and maintains sexist oppression and exploitation.”1 And in the same way, the exercise of male prerogative in rape and the exercise of military prerogative in killing carries with it a transgressive thrill that is socially sanctioned (against designated enemies, against Abu Ghraib prisoners, against “fallen” women, against convicts who “have it coming”). This is the fusion of the subjective experience of desire and violence with the socially instrumental and eroticized violence of rape.”

Given the extent to which rape is wrapped up in narratives of power and entitlement, we need to question the fascist idea that the state has a right to enforce retributive justice as well as preventative justice. Violence does not fix violence, and it is un-christian to wish for a criminal to rot in jail; criminals rotting in jail will not heal the wounds of their victims. And I do dare hope that all will be saved. But it is unrealistic and utopian to let rapists run free on the basis of a single apology or confession, or after a brief and merely symbolic sentence.

Our existing prison systems do nothing to eradicate rape mentality: they only shift the focus, making rape punitive, instead of making it disappear. But if you want to make the plea that prison would have a “severe impact” on Brock Turner, I want to see that same argument made in the case of every single young man of color who is sentenced for much longer periods for much less troubling crimes. I want to see the excuse that “he was drunk, and couldn’t help himself” extended to every single person, male or female, black and white, who makes a grave moral error. Why is it that whenever a young black man is shot for resisting arrest, it’s added damnation of him, if it can be proven that he had alcohol or drugs in his system, while this same proof is an excuse for rich white rapists? Why is it that the future of rich white men, especially if they happen to be athletes, is so precious, that we can wave aside the gravity of their crimes, when we apparently care nothing for the future of women, or the poor, or persons of color? If Brock Turner gets off with a wrist-slap for rape, why should Jane Laut be sentenced to life in prison for shooting her abuser in self-defense?

It’s pretty clear whom our society values, and whom it doesn’t. But as Christians we need to rise above this. We need to think about conversion and reform for rapists, for changing the parameters of a society that subtly encourages rape mentality – but that should never mean making excuses for violent aggressors, while blaming their victims for their own suffering. Doing so only perpetuates the sin of a civilization that accepts violence against women. 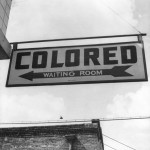 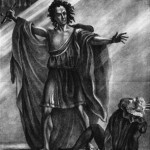 June 11, 2016 of monsters, men, and the radical need of divine mercy
Recent Comments
0 | Leave a Comment
Browse Our Archives
get the latest from
Catholic
Sign up for our newsletter
POPULAR AT PATHEOS Catholic
1