I wrote a piece about baby-hating, and this is what I learned 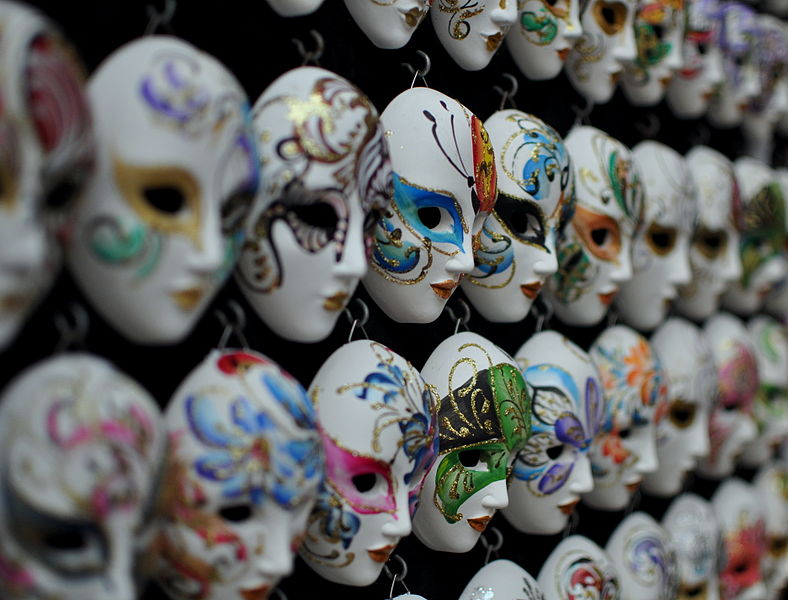 How awful are people, really?

Sometimes I think Atticus Finch was right, and that most people really are nice when you finally see them. But, of course, Atticus himself is not only a loving father and heroic defender of the downtrodden: he’s also a racist.

So, other times, I wonder how much decency and nobility are simply the masks we wear.

The chapters of history are dictated, largely, by the species of human awfulness driving social change from one generation to the next. We understand civilizations by understanding not only what they revered, whom they hero-worshiped, and how they understood the divine – but also by whom they punished, marginalized, scapegoated, depersonalized. Civilizations must be understood in light of the excuses they made for their depersonalizations, how they justified religious persecution or slavery or infanticide.

A curious phenomenon is that civilizations have their moral ideals, and also their moral trends. What’s the difference? The difference is that moral ideals are images, values, archetypes, and religious rituals which shape and form the whole of a person’s stance towards the world. They are lived out not only communally, but personally, with sincere and even religious devotion.”Dulce et decorum est pro patria mori” was a moral ideal for the Romans, not just a hip trend. It was also a moral falsehood, as it happens, but it still was held with what Kierkegaard referred to as “subjective truth” – meaning, a passionate inwardness, personal commitment. Distinguish this from the popular trend of copycat suicide-for-love that arose among the Romantics, in mimesis of Goethe’s Young Werther. Here, there is not a passionate inwardness or devotion to a lived ideal, but instead a personal obliteration through identification with a narrative that offered the promise of escape from the emptiness of self.

Moral ideals and moral trends can be almost identical, focused on genuine moral goods. For instance: environmentalism can be a moral ideal, something to which a person or community is seriously committed, even if it inconveniences one – something that shapes the whole way one regards living things, including living things one doesn’t find cute or useful. This is distinct from trendy environmentalism, which allows for a level of virtue-signalling and commodity fetishization, and has nothing to do with sincere care for the earth, but only with showing off a hip persona. It’s probably better for environmentalism to be trendy than not, but at the same time, the mask of virtue hides the fact that a person who mouths ecological platitudes is making no real choices to improve the health of the earth. What good does it do to drive a hybrid, if one lives in an unnecessarily large home and takes a lot of vacations, and buys a lot of packaged crap? You can post all the pro-earth memes you like, but if your carbon footprint is huge, it doesn’t really matter.

This is true when it comes to opposing certain prejudices, too. Opposition to racism or sexism can also be either genuine or trendy. Obviously, no one wants to identify as racist. It’s not cool or hip. Accusing others of racism is a great way to take a moral high ground. And, in a way, moral trends of this sort can serve communities because even people who are existing on a completely superficial level may at least participate in movements towards equality or equity. I am not saying moral trends are bad – they can, in many cases, be genuinely fruitful. But I am saying they are not sufficient.

So, I addressed, recently, the trend of proud baby-hating as exhibited in such pieces as “Why it’s completely OK if  You Don’t Like Babies” and “I hate your kids. And I’m not sorry”. I pointed out that this kind of hatred is no better than racism.  Any perceptive reader ought to have seen that I was not saying that baby-hating was identical to racism; it ought to be readily apparent to anyone versed in intersectionality that different prejudices take different forms. Islamophobia is not the same as sexism is not the same as racism is not the same a homophobia. But in each case, there is an operative at work justifying hatred and depersonalization.

Many readers of my piece did not seem to get this. Curiously, they also seemed to think that it was presumptuous of me to dictate morality to “free adults” – which is odd, because it is trendy to be dictatorial about other types of hatred. They also seemed to think that I was writing, not out of a consistent personalist ethic, but because I was upset about people being mean to be theoretically “bratty children.” One reader, who called me a “dumb moo” assumed I have five kids, which shows that those who hate often do not read well. I was called “breeder scum” and accused of being racist myself. Genuine opposition to racism means asking “am I racist?” – because it means recognizing the different ways racist prejudice has been woven into our inherited civilization. Am I racist, when I oppose hatred of any demographic? I may still suffer from lingering racist poisons with which I’ve been doused, but I do not think that rejecting hatred is one of them.

The problem is, many people are not really committed to ending racism, or other systems of prejudice, depersonalization, marginalization, or violence. Similarly, many people who claim to be pro-life are not really committed to ending abortion. It’s easy to say the right words, but hard to make the necessary changes in our society. This is why so many who claim to oppose sexism will immediately fall back on sexist tropes when attacking women with whom they disagree, resorting to gendered insults and looksism. And many who claim to oppose racism do so because it’s not cool to be racist, but they have no interest in eradicating structures of privilege from which they themselves benefit. And certainly, no interest in eliminating hatred.

If one can not reject hatred of persons, if one can not embrace a willingness to love all life, one cannot reject, truly, any of the systems in which such hatred has been enshrined. And, reading responses to my article on the trend of baby-hating, I understood again why, even in a culture that supposedly promotes tolerance, wars are waging and income inequality is at its height, our resources are being exploited. Rape and domestic abuse carry on. Workers’ rights are trampled. Abortion remains partially because women are rarely offered truly viable alternatives. Euthanasia becomes convenient. Where hatred is not at work, indifference often reigns.

I am guilty myself. As soon as I train myself to be more tolerant, more sensitive, I find my sensitivity decreasing towards those who have not yet learned tolerance. And yet I was once like them, too. I held horrible views, at one time, so I need to be more patient with those who still hold such views. And, anyway, holding the right views is meaningless if I can’t act accordingly.

My question to my readers is: how do we promote cultures of acceptance and solidarity, in a pluralistic society, without falling into the mere trendiness of virtue that allows us to put on masks of decency to hide our hatred or indifference? 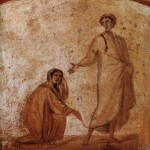 August 2, 2016
pope francis establishes “commission of study on the diaconate of women”
Next Post