catholics must denounce the anti-semitism of the alt right 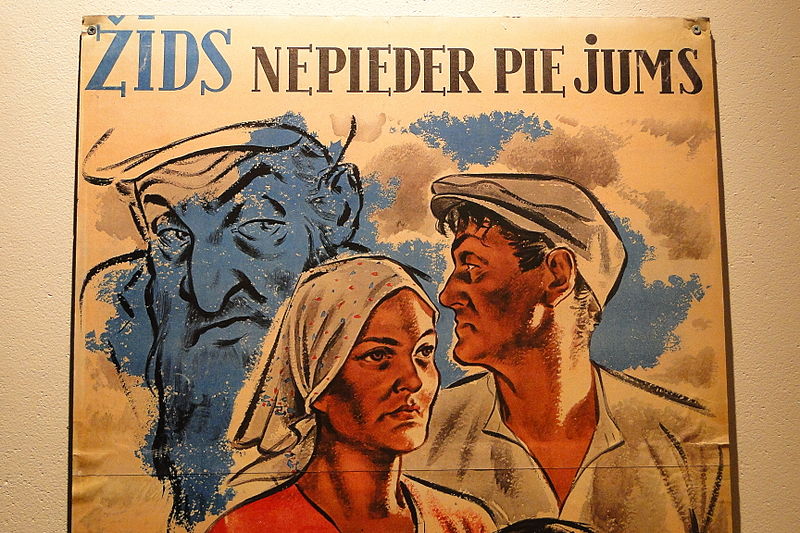 There’s been a lot of talk about the Alt Right lately. Who are they? Well, here’s who they say they are, from their leading mainstream proponent, Breitbart:

The alternative right, more commonly known as the alt-right, is an amorphous movement. Some — mostly Establishment types — insist it’s little more than a vehicle for the worst dregs of human society: anti-Semites, white supremacists, and other members of the Stormfront set. They’re wrong.

Previously an obscure subculture, the alt-right burst onto the national political scene in 2015. Although initially small in number, the alt-right has a youthful energy and jarring, taboo-defying rhetoric that have boosted its membership and made it impossible to ignore.

It has already triggered a string of fearful op-eds and hit pieces from both Left and Right: Lefties dismiss it as racist, while the conservative press, always desperate to avoid charges of bigotry from the Left, has thrown these young readers and voters to the wolves as well.

If you decide to find out more about this movement, you may discover that you have tumbled down the rabbit whole into a bizarre looking-glass land of indecipherable jargon, and assume – contrary to the Breitbart claims – that this is merely a subculture refuge for the sort of whiny sexist male typically understood to be living in mama’s basement jacking off to internet porn. And, in a way – again, contrary to the Breitbart claims – you would be right. It’s a mistake, however, to assume that the Alt Right leaders are idiots, or disenfranchised, or poor. Many are doing quite well. And they are in no way conservative. Traditional conservative principles of moral responsibility and noblesse oblige do not exist in this world. Oh, and they’re pro-abortion, by the way: it’s a great way to weed out “undesirables.”

As this piece from The Economist points out:

Much of the Alt-Right’s output will seem indecipherably weird to those unfamiliar with the darker penumbras of popular culture. It has its own iconography and vernacular, derived from message boards, video games and pornography. Its signature insult is “cuckservative”, directed at Republicans supposedly emasculated by liberalism and money. Its favourite avatar is Pepe the frog, a cartoon-strip creature co-opted into offensive scenarios; one Pepe image was reposted this week by Donald Trump junior and Roger Stone, a leading Trumpista, the latest example of the candidate’s supporters, and the man himself, circulating the Alt-Right’s memes and hoax statistics. Its contribution to typography is the triple parentheses, placed around names to identify them as Jewish.

I had a run-in with one of these recently. I admit, I was trolling a Facebook group made up largely of right-wing Catholics, because I’d been alerted to the anti-semitism of the group admin. Remember that old ethics question from philosophy class, about lying to Nazis? Well, I have always proudly defended my moral right to lie to Nazis, and I will also cheerfully enter their Facebook groups, on occasion. If they don’t like it, they can kick me out. Curiously, this particular charming specimen decided it was more fun to keep me in the group and regale me with anti-semitic slurs. None of the Catholic members of this Catholic group stopped him or called him on it. One delightful little fellow even chimed in. Then the admin began private messaging me insults, putting my name in parentheses.

(((Weiss))), ironically, is not my birth name, but is rather the name of my Nordic / Germanic husband, who enjoys the sort of blond-beast handsomeness and raw physical strength that these fanatics of masculinity only dream of. I am Jewish, however, by birth, and as a Catholic Jew, I have occasionally – as mentioned earlier – been exposed to prejudice from members of my own faith – but, hitherto, only occasionally.

With the rise of the Alt Right, anti-semitism has becoming acceptable, paradoxically because it is supposedly edgy and daring. In a culture which has hailed Donald Trump as praiseworthy for “speaking his mind” and reviled the good manners out grandmothers taught us as “political correctness,” it’s suddenly become fashionable to eschew the tiresome social restraints that made these people feel, for decades, that they weren’t allowed to say nasty things about certain racial groups. Poor fellows, oppressed by the requirements of human decency.

Those who are sympathetic to the goals of the Alt Right will assure me that “they aren’t all that way.” Maybe. Enough of them are that way to give me cause to worry, however.

From the lexicon of Alt Right website The Right Stuff:

OVENS: Normies will refer those they disagree with vehemently as “Fascists” or “Nazis.” Fascists and Nazis like us need a word as powerful as those, and that word is “Oven.” “Put ’em in the oven!” -Guy Fieri

And from Alternative Right:

Clearly Churchill benefited greatly, financially and personally, from his relationships with wealthy Jews. This, combined with his unparalleled spearheading of Jewish political causes, can only lead to one conclusion, namely that Churchill was a political opportunist and gun for hire of Mammonism. In fact, Churchill’s very first platform as a junior Conservative minister was to protest against pogroms in Russia. His extreme concern with Jewish issues seems almost pathological, unless one accounts for the lining of his pockets.

The principal concept that must be imparted and understood with regard to the consciousness of Jews and their gentile apologists is the concept of aJewish double standard, in effect giving them special status above the law. The concept of a Jewish double standard, found in the Torah, (Leviticus 25:37), corresponds to what Benjamin Nelson has labelled the Deuteronomic Double Standard. This allows Jews, specifically in relation to usury, to treat fellow Jews better than non-Jews. This is analogous to the distinction ofbrother vs. other, or, as Carl Schmitt put it, a well-defined “friend/ enemy” distinction.

And from Dissident Right’s “Critique of Jewish Privilege”:

Once one sees the number of Jewish folks in the media, finance, academia, etc, and once one realizes that the Jewish population in America is only 2%, the scale of this privilege & the disparate impact it has on non-Jewish individuals attempting to enter these markets becomes apparent.

And here’s someone called “Pizza Party Ben” on Breitbart, responding to Ben Shapiro:

Ben, no one hates Jewish people. And you using “alt-right” accounts with 10 followers who are just trying to get a reaction out of you as proof of widespread anti-semitism among natural conservatives and the Trump movement is exactly the sort of tactic you would have eviscerated the progressive left for just six months ago.

You’re no better than notorious feminist agitator Anita Sarkeesian presenting the tweets of Twitter trolls to the UN as proof of an overwhelming rise in sexism!

Denying that anti-semitism exists is a classic anti-semitic strategy to make Jews look like whiners, just as denying that misogyny exists is classic strategy to undermine feminism. The hilarious fact is that the same people who are so swift to denounce the crybabying of women or specific racial groups dissolve into puddles of privileged butthurt when anyone dares to, you know, call racism racist.

Milo Yiannopoulos, professional right-wing troll, has even come under fire from his own, for making the claim that the Alt Right doesn’t really hate the Jews – and for being Jewish himself:

The whole thing is worth listening to so as to get a grasp on just how this Jew is trying to kike us. Regrettably, there is no transcript. Apparently the BBC thinks everyone has the time to sit around listening to crap on YouTube all day.

Now, here’s the thing. I didn’t have to dig hard for any of this. It’s right here in the public view. I have to work much harder to find records of coal mining in Ohio, than to find evidence of anti-semitism on the Right. I was attacked for being Jewish in a group made up of Catholics. And this is the really disturbing thing, to me.

The church’s history with the Jews has sometimes been a shameful one, but this is because of the same violent, un-Christian impulses that caused the church to support “holy wars” and political machinations. This is a corruption of Catholicism. And Catholics who wish to persist in this must be soundly reprimanded. My annoying anti-semitic Facebook interlocutor sent me this little gem, by the way, from the writings of noted anti-semitic heretic Fr. Leonard Feeney:

One of the most ancient and basic principles of traditional, normal Christian society has been violated and cast aside. For nineteen centuries it has been the Catholic Church’s constant and deliberate policy to keep leashed, muzzled, and set apart, that people which she has universally taught is a cursed race — cursed for its crucifixion and rejection of Jesus Christ. Throughout the Christian ages, the Popes, the Saints, and all Catholics in civil authority, have taken upon themselves, as one of the necessary burdens of Catholic allegiance, the responsibility of holding back the Jew — of keeping him well distinguished from the rest of the community, with no opportunity to carry out the treacheries he was planning against the Church of Christ.

But what does the Church actually teach about the Jews?

Another important goal of Jewish–Catholic dialogue consists in jointly combatting all manifestations of racial discrimination against Jews and all forms of anti-Semitism, which have certainly not yet been eradicated and re-emerge in different ways in various contexts. History teaches us where even the slightest perceptible forms of anti-Semitism can lead: the human tragedy of the Shoah in which two-thirds of European Jewry were annihilated. Both faith traditions are called to maintain together an unceasing vigilance and sensitivity in the social sphere as well. Because of the strong bond of friendship between Jews and Catholics, the Catholic Church feels particularly obliged to do all that is possible with our Jewish friends to repel anti-Semitic tendencies. Pope Francis has repeatedly stressed that a Christian can never be an anti-Semite, especially because of the Jewish roots of Christianity.

I call upon all sincere Catholics and Christians to denounce the Alt Right, its destructive supremacist principles, its nationalist utopianism so contrary to the universal call of solidarity in Christ, and above all its anti-semitism. If you are sympathetic to the goals of this movement, I ask that you question the extent to which this can be justified within the framework of a Catholic ethos. If you believe it can be justified, it is your moral obligation to call out the leaders of this movement, and demand an explanation. Don’t come to me claiming that I’m being too judgmental, or that I need to understand where they’re coming from. That’s moral relativism. And I’m not the one who needs to be lectured about tolerance: the anti-semites are. 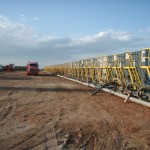