being catholic and jewish (or jewish and catholic?)

being catholic and jewish (or jewish and catholic?) August 27, 2016 Rebecca Bratten Weiss

I wrote earlier about being a Catholic and a feminist, and how this does not constitute a contradiction, in spite of what so many on either side might say. Being Catholic and also of Jewish heritage is an entirely different sort of identity-liminality. Whereas feminism and Catholicism are in different categories (an activism versus a religion) – here I find myself identifying with two different religions, each with its own deep rooted traditions.

Now, I am a practicing Catholic, not a practicing Jew. But I was Jewish before I was Catholic, because my mother is Jewish (turned evangelical, turned Catholic), and because our family has always celebrated Jewish feasts, but did not join the church until I was eleven. I do not remember a time, ever, at which I did not understand Jewishness as a part of my being, but I remember a time before I knew anything about the Catholic church, and was only dimly aware of the Pope (I misheard, as a child, and thought he was the “Poke”) as a man with a funny title, who was holy for some reason. I sang the prayer while lighting the Hannukah candles before I ever learned the rosary, and was asking the Four Questions at the Seder meal before I had ever heard of the sacraments. I appreciated my mother’s “Jewish Bible” because it had the story of Judith and the Maccabees in it, which my KJV was sadly lacking.

The question of identity is already woven into the question of Jewish-ness: Gregory Gronbacher, writing for Patheos’ Jewish channel, addresses this from the standpoint of a convert to Judaism.

One the one hand, I understand how many of my fellow Jews by birth see themselves as Jewish in terms of both religious identity and ethnicity. I don’t share this sense of ethnicity, but I appreciate how being Jewish and Polish or Jewish and Russian or Jewish and fill in the blank is genuinely different that being simply Polish or whatever. This makes even more sense when one considers the role Christianity played in these ethnic-national cultures and how not being Christian yet being Polish would drastically impact one’s ethnic-national identity.

For me, being Jewish has to do with my cultural and ethnic heritage. It carries with it certain physical realities, too, because as an Ashkenazi Jew I am more genetically at risk for certain diseases, particularly breast cancer, of which my mother is a survivor, and my grandmother died.  Sarahbeth Caplin addresses this reality, also, as a practicing Christian with Jewish roots:

It’s taken a long time, but today I accept being Jewish as something about myself that just is. I accept it the same way I accept my curly hair, my right-handedness, my Polish and Russian ancestry. It’s not all I am, but still integral to my identity. The older I get, the more it becomes clear that religion is as complex as humanity itself, and spiritual identities even more so. I have no issue with checking off the “Christian” box on a Pew Forum, but I have to mark “Ashkenazi Jewish” at the doctor’s office for a complete assessment of my medical history; to be made aware of precautions I must take against certain cancers that people of this gene pool are vulnerable to. I breathed a sigh of relief when I married a gentile, realizing that this greatly decreases our chances of having a child with Tay Sachs, a fatal degenerative disorder that is almost uniquely found among the Ashkenazi faction.

Though race is a social construct, and speaking of Jewishness as a “race” carries sinister connotations, that does not mean there aren’t biological and genetic realities at stake. And being Jewish feels to me like a very physical reality, in that it is connected with food and ritual, and also with my connection with a larger community past and present, a community which was repeatedly targeted due to prejudice, a community repeatedly subjected to horrible physical torment because of this identity.

I feel a special visceral connection with this larger community, an identification with the struggles they endured in order to maintain a thriving, rich, and diverse religion and culture, for thousands of years, humility before the scope of their achievements and learning. It is because of this visceral connection that I have difficulty finding patience with anti-semitism, and why when I see disdain for and rejection of immigrants and refugees I associate this with the same indifference with which the nations turned a blind eye to the Holocaust.

This physicality, this reality of bone, blood, and flesh that is connected with all creation, puts me in touch with the great matriarchs in my past, the stubborn and rebellious and sometimes even violent women of the Old Testament who laughed at angels, deceived their husbands, tricked their fathers, lay down on the beds of strange men, violated the taboo on approaching the king, and even cut off a general’s head: these are the women of our Christian salvation history, and they were not meek or docile. But they are even more the mothers who sing to me in my dreams, who help me understand what my female-ness means, a female-ness which has nothing to do with soft white femininity, and everything to do with following pillars of fire through desert wildnerness.

This physicality also gives me a sense of belonging associated with the far-off land of Israel (the land, let me emphasize, which is not the same as the nation) – to which I have never traveled. Every year at the Seder meal we look forward to celebrating “next year, in Jerusalem.” For many, this is anachronistic, or connected with dangerous tendencies towards Zionism.  But in spite of my critiques of the practices of the modern nation of Israel, I still feel a connection with the places there, to the extent that once I even toyed with the idea of seeking citizenship. I am a pacifist now, but I was drawn to the idea of joining the IDF, once, in earlier years. This is partially the result of entering imaginatively, mythologically, into an Old Testament mythos of conquest which both contemporary Judaism and the Christian religion have moved past. But there is still a part of me, when I have to listen to anti-semitic nonsense about Jews as weak, limp, whiny creatures (and I do have to listen to it – more on this later) that likes the idea of Israel as this tough, badass nation, not to be messed with.

But what about religion?

This is where I often experience a sense of dislocation, because I am far less educated in the Jewish faith than many non-ethnic Jews who have converted, or even many who have simply considere conversion. And yet, sometimes, I am drawn to this faith, the faith of my mothers, because I like the open-endedness of it, the questioning. What keeps me in the Catholic faith is the person of Christ, and the sacraments. Often, culturally, in America at least, I feel that the Church Struggling (a correct translation of “militans“) is just a thin little thread of what it could be, something distorted with middle-class bourgeois respectability politics, and idiotic culture wars – and, unfortunately, not immune to racism.

Because I do hear anti-semitic nonsense: I hear it because I am not marked as “Jewish” in any way, so people say what they like, post stuff on Facebook  as they wish, without consideration of the fact that there may be Jews in their midst who are rather appalled at the conspiracy theories (Jews run the world? Really? Why am I not seeing part of this action) and the horrible caricatures (shades of the Third Reich). It’s impossible to whitewash the reality that the institutional Church has often been anti-semitic in the past, and that this lingers on in some circles. I have had the documents of the fifteenth-century Council of Florence quoted at me by armchair theologians, reminding me that too much affiliation with my Jewish roots might lead to my damnation (this is what happens to theology when people forget about the development of doctrine, folks).  Anti-semitism is overt in many radical traditionalist groups (I prefer to call them sad reactionaries, since they’re really neither radical nor traditional): but many of a right-wing inclination just accept the Right’s bashing of liberals and gays while letting the bashing of Jews seep in as an afterthought. It wasn’t their intention, maybe, but when called on it they often simply do not care. Not their problem. Not on their radar.

This isn’t just a problem with the Right, either: Leftist (justified) critiques of the modern nation of Israel often spill over into anti-Semitic rhetoric, and many leftist Catholics just do not care when heroes of the far-left, such as Jeremy Corbyn in the UK, are associated with racism against Jews.  Not their problem. Not on their radar.

Being a Jewish Catholic means I can fit in with neither Right nor Left – which is fine. Like Treebeard, “I am not altogether on anybody’s side, because nobody is altogether on my side.” And perhaps this is a blessing. Because while I participate in active faith in the sacraments and practices of Catholicism, and feel a personal and spiritual connection with the rich tradition of Judaism, I know better than to presume that one’s natural human tribe can save one, or define one, or heal the long loneliness of being mortal and immortal, looking towards eternity from a changing earth. 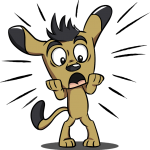 August 23, 2016
vulgarity and double standards in political discourse
Next Post