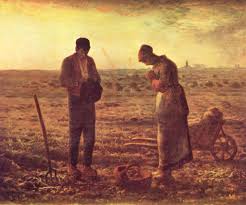 A few years ago, I started writing a novel that was loosely based on my recollections of having grown up in and out of a series of attempted religious communities. As I wrote, I collected material from others with similar experiences, and the anecdotes piled high. Eventually I realized that some of the stories were so over-the-top, mere realism would be insufficient to convey the bizarre intensity of life on the “outside” of the ordinary parameters of modern American experience, and a sort of magical realist/ gothic mashup would be better. Magical realism as a sub-genre has a special place in tale-telling of post-colonial or marginalized communities. And there is something post-colonial, something of the feel of the immigrant, when you come out of community life and dwell in the mainstream. As my collection of anecdotes piled high, I found myself thinking, repeatedly, “damn, this is good. I HAVE to use this one.” Of course, in the ethos of the storyteller, “good” usually means excruciatingly bad, painful, embarrassing, tragic.

So, yes, escapees from intentional community have stories to tell, and many are painful. My own experiences verge more on the grotesquely humorous, and some of my memories are happy ones, so even now, when the experiments are over, I still can understand why something like the Benedict Option would appeal to people. In a way, it is a beautiful dream.

Because, you see, the Benedict Option – though not by that name – was around for a good forty years before Dreher sat down to write. My father was one of several who came up with the idea. While running a raucous bar in Chapel Hill, NC, he was also reading Thomas Merton and Louis Bromfield and Ralph Waldo Emerson, and eventually came to the conclusion that the best bet for Christians in the modern world was to come out and “be set apart.” He even drew on his understanding of St. Benedict’s communities, with a special stress on the notion of “ora et labora.”

Because my father opted actually to do the thing, instead of sitting in an office writing a book about it, you have never heard of him. Which means, I suppose, that his attempt was fairly successful. But these attempts are never all that successful.

My novel – The Serpent Motif – ended up being 180,00 words long, which means too long to interest agents for hard-copy publications, so I’m trimming it down a bit while I work on another, shorter project. And from a theoretical standpoint I could also wax overly verbose, on the idea of intentional religious community, why it is attractive, and why it won’t work. I have had first-hand experience of just how things can go wrong, and lots of second-hand stories about other ways they can go even more wrong.

And there’s something touchingly tragic about it: because on a fundamental level, one can see the appeal of the idea, and many of those who attempted it did so with the noblest of intentions.

Sam Rocha’s recent review of The Benedict Option details some of the areas in which Dreher’s conceptualization fails. Rocha, like me, has first-hand experience of what an attempt at community feels like. Fr. Stephanos Pedrano, guest-writing for Steel Magnificat, details why the Option isn’t especially Benedictine.

And there are other problems: when you try to come Out (or In?), whatever you feared in the World comes in with you, into your microcosm. It’s ironic that my father’s first community was called “New Eden.” Into every Eden, a serpent will come. We tend to bring it in with us. Want to escape from overweening tyrannical power? Too bad, you probably brought it with you, and you will find the community dominated by whichever leader (usually male) has the loudest voice and the least empathy. Want to escape from sexual perversion? Ha. Have I got some stories! It’s amazing just how perverse people can be, on the land, when no one is looking. Want to escape from a welfare system in which those who don’t work won’t eat? I can assure you, you will be shelling beans or building a cabin while nearby some hanger-on rambles on forever about how misunderstood he is. Tired of nitpicking bureaucracy? Your community will be filled with nitpickers, happy to call you out if your daughters’ skirts are too short, or if your sons have been listening to evil music like (gasp) Simon and Garfunkel.

But the main thing I want to touch on, here, is why the idea of radical separation into intentional community is delusional from the start. And that has to do with money.

Money creates systemic dependence. That’s why agrarianism is a needed component in any marginally successful effort. Independence from the System means creating an alternative inter-dependence on the land. Back in the early nineties, my family and others were involved in ongoing discussions about this, with others involved in Caelum et Terra, the brainchild of Daniel Nichols. Nichols, like my father, gets the hipster cred here: he came up with the Benedict Option before it was cool. Too bad they didn’t patent it.

Now, today, David Russell Mosley writes about Michael Martin’s “Sophia Option,” as an alternative to Dreher’s approach. Martin is a biodynamic farmer (I have him to thank for my fine horseradish planting), and understands better than a journalist what is entailed in creating a network of interconnections that differ from those in the neo-liberal capitalist system. I would suggest that any attempt at intentional community that neglects agrarianism is already problematic, because it means that one remains absolutely dependent on money, and therefore on capitalism, and therefore on industry, and therefore on the whole global military industrial complex. Which means, if you think you’re “set apart,” you’re just fooling yourself. You are living immersed in structural evil, and limply virtue-signalling.

But even with agrarianism, it’s impossible to avoid money. We tried. We lived on someone else’s land, so there were no taxes. My parents had no money-earning work outside the home, but we lived almost entirely on garden produce. We had electricity, but no running water, no telephone, certainly no television. We heated our home with a wood stove, and my father spent all day every day all winter just cutting wood, with a bowsaw and axe (no noisy chainsaws to disturb the tranquility of nature), in order to keep one room of the house livable.

The Onion had a funny piece, recently, about how Noam Chomsky trying just to enjoy a normal day, but everything he sees reminds him of our dependence on neoliberal global imperialsm. I sympathize. I would like to create a culture in which I know that nothing I use is made by slave labor or via environmental despoilment. I would like to rely entirely on hand-tools that don’t depend on fossil fuels, and derive my energy from renewable resources. Forget about the incredible challenges of going off-grid in our society. The challenge even buying work clothes that don’t tie me in with slave labor is so great, I occasionally have what my husband jokingly refers to as “Noam Chomsky moments.”

Unless we run off into the wild and live by foraging, and clad ourselves in natural fibers, we are locked into the System.

And even if we were to do this, the System would go on.

Unless, of course, it collapses: this was what I was raised to believe would happen, and now I regard with amusement the feverish attempts of Preppers to prepare for it.

In the Prepper mind, once the System collapses, we’ll all be living like survivalists, foraging and hunting, growing things from open-pollinated seed. But this is again sheer fantasy. We have so depleted our natural resources, the only way a nation of Preppers would survive off the land is if most of them were killed off in the apocalyptic event, first. As it stands, an America full of trigger-happy survivalists out there bagging game for their families will wipe out the deer population in no time at all. I suppose eventually the Preppers will get around to eating one another. Radial inter-dependence on community, indeed.

So what we have to admit is that no matter how diligently we attempt to distance ourselves from the System, we are still locked into it. Or else living on a mountain dressed in goat-hide, eating one another.

So as Christians who take a serious moral stance in relation to structural evil (though we may differ in our ideas of what structural evil is: what I fear is not at all the things Dreher fears) – what do we do? There have to be a range of middle grounds between total acceptance of a system that generates destruction, and the sort of radical self-sufficiency that leads to degradation, failure of community, and ultimately cannibalism (metaphorical, if not literal). I hope that, at least, the publication of Dreher’s book will open up more space for these conversations. But in order to sort out what is and isn’t possible, we need to start by being honest with ourselves about just how dependent we really are.

Image credit: https://commons.wikimedia.org/wiki/File:Jean-Fran%C3%A7ois_Millet_(II)_001.jpg
(This painting  of The Angelus by Millet was iconic in my upbringing, an image of the dream my father had of the life of work and prayer on the land) 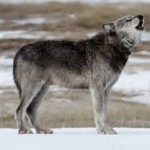