Women As “Gatekeepers of Morality”: A Recipe for Abuse

Women As “Gatekeepers of Morality”: A Recipe for Abuse April 30, 2017 Rebecca Bratten Weiss 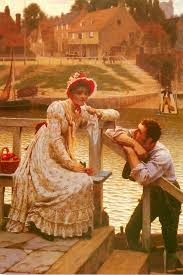 Why is it always the women who are expected to reform the men?

This idea is a driving motivation in the plots of many works of fiction, from gothic romance to contemporary erotica. It’s even latent (though with some self-criticism) in as great a novel as Jane Eyre.

It’s a lovely idea. Imagine the woman in the window, chaste as the moon, while in the garden below her courtly lover gazes up, longing to be worthy of her beauty…

…wait, scratch that. That’s actually kind of stalker-ish. Maybe once in a while we want to be serenaded from gardens, but for the most part it’s a sort of imposition. And it’s no accident that the image of the garden has traditionally been associated with female sexuality. The man who has gotten into the garden has already penetrated part of the way.

“Receptivity” presupposes the female body seen from the outside, as something that can be entered. As experienced from the inside, this possibility of being entered is not necessarily a positive. It’s the reason why we have to protect ourselves, as the “gatekeepers” not of morality per se, but of our own safety.

But this is not the way it is typically posed. We are considered the “gatekeepers of morality.” So if a man fails to be moral, it is somehow our fault. And this is especially unfair, given the history of civilization, in which no matter how moral women might have been, men still had the upper hand: stronger physically, and this physical strength protected by laws that guaranteed to men the rights of possession, market dominance, and political prestige.

With a stark line drawn around the small circle of the “domestic” where women preside, while men range wide in the broader political realm, it is ludicrous to suppose that a woman’s lofty moral merit will have a stronger influence on a man than any of the temptations to power and violence out in the world she barely sees.

This is the premise of Anne Bronte’s The Tenant of Wildfell Hall. While the other two Bronte sisters remained enamoured – though intelligently, and I can’t blame them, because I do the same – of the gothic premise, Anne appears to have had no use for the romance of the dangerous rake, and even less use for the idea that a woman can reform him. While her melancholy heroine begins her story with the belief that she can reform her riotous lover through holy marriage, what happens is that she is dragged into a world of degradation and abuse, and far from her love reforming her husband, she ceases to love him entirely – and, of course, sick of being chided, and utterly uninterested in being lured to protection by the Eternal Feminine, he falls for someone else. And then just basically falls.

This is harsh reality. And we recognize it, psychologically, when we talk about the practical choices of marriage partners. We know not to marry a man thinking he can change. So why do people continue to repeat the bromides?

Sheen’s statement is well meant, and comes with a reminder to men that they need to work hard to be worthy of a woman, not just pursue her with a sense of entitlement. But that’s, unfortunately, not the way he is usually quoted. It’s much more common for the emphasis to be on the latter part of his statement, implying that times of moral crisis were women’s fault.

And still now, today, it is women who are blamed largely for the fiascos resulting from the “sexual revolution” – even though, outside religious traditional circles, it tends to be the women who are speaking out most loudly against rape culture and hook-up culture.

You’d think more men would be rising to the standards set by high-minded feminists, just as they did when in the first wave of feminism, noble and hard-working women set forth to eradicate injustice, opposing sexual violence and fomenting for voting rights, and the men, all impressed with their virtue and courage, knelt before them in admiration, and didn’t mock them or beat them or imprison them or anything like that.

And when we work to oppose rape culture, today, men nod and ask “how can we help?” – smitten with the light of our virtue, never calling us killjoys, or turning the conversation around to how women hurt men’s feelings by complaining about sexual assault, or telling us maybe it was our fault to be dressed a certain way, or to be drunk, because it’s our job to protect their virtue, so if they happened to rape someone, women obviously weren’t inspiring them enough to be all not-raping.

For instance: recent articles have brought up the disturbing phenomenon, in the hook-up scene, of a thing called “stealthing,” where men secretly remove condoms during sex and then brag about it on online forums. Yes, this sounds like sheer idiocy. Do we not know about the danger of STDs? Do they want to be stuck paying child support for eighteen years? Yes, it’s stupid, but so is bull-riding, or the idea that war can rid the world of evildoers, or the idea that the purpose of a corporation is to create wealth for stockholders, or the idea that Trump should be in the White House. Name a stupid thing, and you will find people doing it. Often because it’s part of a macho code.

David Mills wrote a piece on this, proposing that marriage might be an answer to the “stealthing” problem:

Marriage and the culture’s ideal assume trust. You’re giving your body to someone you believe will treat it well. But in that grey area between them, where people share their bodies without commitment and trust, bad things happen. All the time. And predictably. Stealthing, for one.

While I am sympathetic to his view, the solution will only work if “marriage” lives up to the ideal of what it should be. Consensual. Non-abusive. Faithful. Mills admits that married people do hurt one another, but points out that “stealthing” is unlikely to happen in a marriage. This is true, but there are many, many ways in which abuse can still occur, and this can indeed be connected with the question of reproduction. Men do force their wives to get pregnant when they don’t want to. And no, I’m not even talking about contraception, necessarily. When using NFP to manage fertility, this can happen in a “grey area” because times of desire coincide with times of abstinence).

A better approach might be for us women to realize that, much as we may enjoy sex, much as we may be lonely single, much as we long to be with someone who makes the sparks go off inside us, we do not need a man – whether a husband or a lover –  in order to be fulfilled as human persons. Perhaps part of the problem is that society still reviles the single woman as an “old maid” or a “leftover” or “unwanted”? While single men are viewed as lucky for still being “free.” In Catholic circles, where the emphasis is on our role as nurturers, it’s especially insidious, the message that if you haven’t Caught a Man, you’re no one.

What many women have shared with me, about the abuses suffered within marriage, make it clear that marriage is not per se a panacea. And being a virtuous wife does not reform an abuser. Often, quite the contrary, the abuser feels enabled by his wife’s virtue. Or refuses to admit it at all.

One response to the conversation on stealthing was especially troubling: “what is wrong with women?” wrote one commenter. “Feminism and the pill have sucked most of our brains dry and too many have become the silly creatures some men have always thought of.”

Oh, right, it’s FEMINISM’s fault that men are sexually abusing women. In fact, it’s women’s fault. No question of “what is wrong with men?”

Or perhaps, it’s just presumed that men will act this way? It’s common enough for this type of misandry to be found, among right-wing traditionalists: men are basically animals, they say. Men are unable to control their passions.

History and literature demonstrate, anyway, that male abuse of female sexuality is no new thing. In fact, male entitlement was written into our “marriage” laws, for most of the history of western civilization. It’s hard to call it marriage, after all, when female consent is not an issue, when women were coerced into marriage, when no one recognized “marital rape” as a real thing. Or when – as in many Austen sidekick characters – women marry because it’s basically their job.

The kind of marriage of which Mills speaks could indeed by a cure for some societal problems, but such marriages were not the norm for most of history. Perhaps we are only now beginning to understand better what a real, sacramental marriage actually entails. It’s not enough just to put a ring on it. In fact, putting a ring on it can in certain cases make it worse, because it’s harder to get away from the abuse.

And women simply being virtuous is not, in itself, an automatic fix for the problem of masculine entitlement protected by law for generations.

Stop asking what’s wrong with women, when men are abusing them. 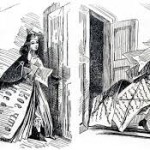 April 27, 2017
my other problem with the "Benedict Option"
Next Post 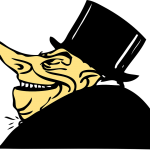