my other problem with the “Benedict Option”

my other problem with the “Benedict Option” April 27, 2017 Rebecca Bratten Weiss 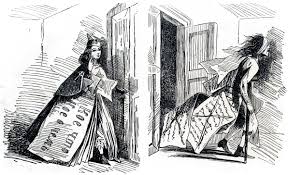 Recently I was involved in two different conversations on the topic of academic freedom. One had to do with the protests over Ann Coulter’s invitation to speak at Berkeley.  I had shared an article from New Republic which made the argument that disinviting certain speakers should be construed not as suppression of free speech, but as a value judgment, in keeping with a university’s mission. My own argument is that part of the role of education is to allow us to claim our inheritance of an intellectual tradition that confers on us the right to determine what is or is not of intellectual, aesthetic, or moral value. This is entailed in the rejection of soft relativism, and consistent with the western liberal arts tradition.

To say that Ann Coulter – or Milo, for instance – is not of sufficient intellectual or moral value to merit a university platform is not to suppress their freedom of speech. No one is stopping them from writing inane books or going on Twitter rants. But that doesn’t mean they need to be paid to air their opinions.

It’s not suppression of free speech if I am not invited to speak on how I feel about neuroscience, because my feelings on neuroscience are professionally irrelevant, since I have not been trained in that field or deemed by peers to have a valuable perspective.

Right-wing opponents of my view argue that I am an elitist. How dare I claim to say one thing is better than another! Ironically, these are representatives of the same demographic that formerly lamented the dictatorship of relativism. And their rejection of the values and disciplines of the Tradition means they can no longer consider themselves “conservatives” in the strict sense (though of course they, and Coulter, and others, will continue to label themselves thus).

Classical liberal opponents of my view made a better point however, which is that it is dangerous to allow a monolithic authority to determine what is or is not of intellectual value. Pop culture, for instance, can be of value – as T.S. Eliot reiterated by juxtaposing pop allusions with classical ones in his modernist poetry. Free inquiry means allowing students the intellectual liberty, and the responsibility, to form their own judgments based on the principles acquired. It does not mean coddling them or protecting them from anything deemed dangerous.

We didn’t quite figure out, by the end of the conversation, how best to balance the ideals of free inquiry with the responsibility to maintain certain rigorous standards. But at least we agreed that, in the academy, both of these are necessary if a lively and supple conversation is going to continue from past to future.

This was a good conversation.

The other conversation was less good. The question prompting it – whether Catholic universities should require all faculty to take the oath of fidelity to the magisterium – was a valid one. My own view is that, beyond the theology department, this is not necessary. And even in the theology department, I believe the inclusion of experts on Jewish or on Orthodox theology would be of great benefit to a rich intellectual program. Ideally, a Catholic university would have a solid identity in fidelity to church tradition, as well as a genuinely small-c “catholic” willingness to engage with many different perspectives and traditions. Here, again, the goal is to balance principles with freedom.

Most of my interlocutors, however, were distressed by my view. “We don’t need to wallow in slime in order to understand it,” one individual wrote. What slime? I asked. Is everything outside the purlieus of Catholic orthodoxy “slime”? How about Homer and Virgil? How about Beowulf? How about Jewish philosophy? If I were a university administrator, I would consider anyone who made such a sweeping – and intellectually vacuous – condemnation of other traditions to be unfit to educate. On Catholic thought, or any thought.

My interlocutor – whose English usage was not of the best, I noticed, like the “elite” that I am –  claimed to have been involved in Catholic higher education for over twenty years.

And this is worrying to me.

There’s a lot of talk right now about the “illiberal liberals” who seek safe spaces and shun free speech. But this is by no means only a problem on the left. I would put it to my audience that it is a greater problem on the Right, and that this problem is exemplified in the so-called “Benedict option” – a studied and deliberate disengagement not only from ideas perceived as threatening but from, well, everything.

It’s no great surprise to me that those who want to distort the Catholic university ideal have poor grammar and punctuation. It’s no surprise that they would dismiss the rich heritages outside Catholic thought as “slime.” Intellectual sloppiness is the inevitable result of an academic life in which one locks oneself up in a bubble and goes unchallenged. We are reluctant to point out the errors of those on our ideological team. That’s why it’s so important that we rub shoulders with those outside our intellectual team.

Those who thought my views on engagement with non-Catholics to be extreme or dangerous made an argument that a Jewish or atheist professor would seek to “bully” and “proselytize’ (there was anti-semitism in that conversation, too, but is this even surprising anymore?). It was difficult to determine whether this prejudice was born out of the idea that Jews and atheists just naturally bully people (paid to do so by Soros!) – or whether this idea rose out of a misunderstanding of the role of the professor. If a professor’s job were to proselytize and manipulate, perhaps this would be an issue. But this is not the professor’s role. Education does not mean overwhelming and silencing; it means creating an atmosphere conducive to growth in the capacity to understand.

This leads me to my other big issue with the so-called Benedict Option. It leads to sloppy thought, poor philosophy, and bad art. If students are being proselytized and shielded from any alternative views, they will not acquire the ability to make their own moral judgments, but will continue to operate within a condition of heteronomy, simply repeating what they have been told – as long as it seems to work. The moment their mantras fail, so will their faith, because it was never grounded in anything solid. Refusal to engage with any new or innovative philosophical ideas does not mean protecting the tradition. It means, trying to stifle it. And when one is afraid, constantly, of what any outside influence will do to the imagination, one will turn away from any art that doesn’t just lull one into complacency. Pop propaganda, and aesthetic kitsch, are the result of this.

Honestly, in these circles, I doubt any of the Great Catholic Writers we like to bemoan the loss of would be very welcome. Graham Greene would definitely be disinvited. Once, Greene was regarded as scandalous; now that he’s received the mark of approval those who otherwise would disinvite him accept him. But this is not to their credit. It’s to the credit of those who, utilizing the tools of discernment, engaged, instead of retreating in fear. And, maybe, sometimes there is fear. It’s okay to acknowledge this. It’s okay to recognize that a book can be dangerous: look at the way even certain truly great books have been misread and misused. Look at some of the creepy criticism on Lolita (Nabokov overestimated his audience’s intelligence). And then there are the ideas that are dangerous because they are truly bad. Some ideas are bad, yes. Some speakers need to be disinvited. But we need to have a true discipline in an intellectual tradition in order to be able to articulate why.

And the Ben Op proponents largely lack this. This doesn’t mean that they’re oafish or ill-read. They may have read all the Great Books, and have opinions on them, but only because they are repeating what they were told they were supposed to think. Imagine if they had to confront the Great Books new minted. Think of the scandal of Dante, arguing for separation of church and civil authority, writing in the vernacular. Imagine if Socrates came wandering into one of their communities, grubby and pugnacious, asking impertinent questions, a non-Catholic in weird robes, of dubious sexual preference.

They’d probably want him to drink the hemlock. 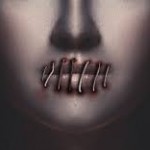 April 24, 2017
When Christian Women Tell You What We Hear
Next Post 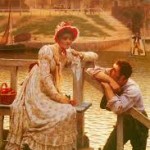