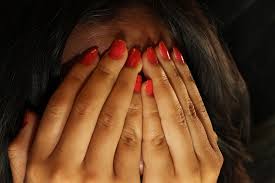 As many have come to the defense of a pregnant teen at a Christian school who is being punished with banishment from graduation, pointing out that this kind of reaction pushes more women toward abortion, others concerned about teaching Christian sexual ethics have pushed back. “How can we teach the truth that premarital sex is sinful and serious if we don’t enforce the rules with punishment?” they ask. Others have suggested that anything short of shaming is libertine and normalizing premarital sex.

Witnessing these comments and debates breaking out on social media made me feel very appreciative for the faith community I was raised in for their pragmatically consistent commitment to life and sexual ethics.

I grew up going to Christian Reformed churches, and went to high school and college affiliated with the denomination. Premarital sex was always clearly presented as being a violation of God’s good command, and as having negative practical consequences as well (though not exaggerated ones). Fear of punishment or shaming from the faith community was never a significant motivating factor for me to remain abstinent. It was always love of God first, and desire to avoid natural negative consequences second. The same approach applied to abortion.

This perspective was not just “the official line” on premarital sex. It was a lived reality in these communities. These are some of the things I saw that reinforced pro-life sexual ethics without shame or punishment:

A proponent of punishment or shame might be quick to jump on these vignettes and say, “see! There were a lot of young people in that community having premarital sex and unwed pregnancy! The soft touch doesn’t work.” But that would be a false conclusion. The reason these stories stand out in my memory is that they were so unusual in their occurrence, though characteristically merciful in their treatment. And in fact, both the ballet teacher and the extended relative I mentioned were not students in Christian schools before their unwed pregnancies, but were drawn toward Christian community by the merciful treatment they received from it.

The common culture among my classmates in high school and college was never one that justified premarital sex or sought a thrill in “getting away with it.” It was a culture that encouraged early marriage rather than “burning.” A lot of my classmates got married in college or shortly thereafter. There was plenty of sneaking around to drink alcohol among my college classmates, which was punished by the school when caught (I suspect largely because moderate underage drinking doesn’t have weighty moral or natural consequences, so the college felt the need to apply synthetic pressure on the issue to uphold the law), so it’s not as if the students were unusually compliant or I was naïve about what was actually happening there. Though the school’s policy against extramarital sex had no such disciplinary teeth to it, hookup culture was inconceivable to us.

Bottom line: there is no excuse for Christians to fail to be merciful toward sexual sinners, or any kind of sinner. It is not mercy that gives scandal (properly understood as causing others to stumble in following God), but Christians who multiply sin by failing to show love and mercy. Honesty and charity are what save lives both physical and eternal, not shame or punishment.

May 24, 2017
Abortion: the Most Important Moral Issue Ever....Except for When it's Not
Next Post 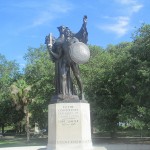 May 29, 2017 When the Right Supports the Burning of the Flag
Recent Comments
0 | Leave a Comment
Browse Our Archives
Follow Us!