What is Happening to Our Universities? 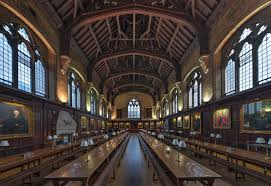 Any academic employed to teach the humanities in higher education can see first-hand that what we do, teaching the subjects that once formed the heart of the university, is increasingly disvalued not only by the broader culture but by universities themselves. Twenty years ago, tenure-track jobs in English and Philosophy were advertised up and down on higher education employment sites; now one rarely sees them. The humanities jobs that are advertised tend to be non-tenure-track or adjunct positions, and whereas in the past such positions were understood to be temporary, a good way for a graduate student to get in some teaching hours, they are now, essentially, terminal (double entendre intended). Once anyone with an MA was qualified for these part-time positions, but now you are expected to have a PhD, ten years of experience, and a heap of publications in order to qualify for a job that will earn you maybe 10,000 per annum, no health care, no job protection. Also, you should have ten years of experience while also being young and hip.

Teaching as an adjunct is no longer a bridge to full-time employment, but only a stop-gap to try to pay a few bills while the loans you incurred to pursue higher education pile up. You may note with irony that what a single student pays in annual tuition at the university where you teach is more than you make teaching a full adjunct load. You probably qualify for Medicaid (luckily, since universities offer no health care to part time professors) and may even qualify for food stamps (essential if you are trying to raise children).

You may once, long ago, have dreamed of the university as a paradise of golden halls wherein tradition echoed. You may have read Brideshead Revisited and fallen in love with Oxford, even if you didn’t go to Oxford, even if the university you attended bore no resemblance to Oxford, but still you created a little imaginary Oxford for yourself, dreaming of ivied walls, eating strawberries, shouting T. S. Eliot out loud to startled frisbee-players.  In a culture which regarded you as weird for asking hard questions and lingering over poetry, the university was a haven. There you may have encountered professors who challenged and inspired you, and in turn recognized in you that singular capacity for being human. You may have wanted to be like them.

You may have found yourself at odds with a civilization constructed on utilitarian principles, indifferent to justice and truth. Like Socrates you may have gone about as a gadfly, irritating the stodgy powers that concern themselves only with money and power.

Frustrated with systems and institutions demanding that you toe the line and think according to the accepted creed, you may have entered the classroom with a deep exhalation of freedom, knowing that here you would not be punished for airing controversial views and challenging accepted truisms.

This was a heritage given to you which you looked forward to handing on, but now you see that heritage perishing. No one wants what you have to offer. Or, at least, no one wants to pay you for it. Across the nation funding for humanities programs is being cut. Philosophy and English departments are downsizing. Professors are being let go.

More and more classes are being taught by adjuncts who enjoy no protection of free speech, who have no offices where they can meet with students, who are not even listed on campus directories: the “house elves of the academy,” as they have been called, may provide stellar instruction (they have to, because poor course evaluations can get them the boot after a single semester) – but the system is not in place to give them the support they need to do their work. At the end of the day they may ask themselves why they are doing it. For the students, yes, because they want to give them the experience that once made the torches burn for them. But the students who are the best and brightest in a humanities class, the ones who fall in love with the classics, joyfully recite Shakespeare’s soliloquies, plunge into Plato’s Republic or Nietzsche’s Also Sprach Zarathustra….where are they to go? What are they to do? There are no jobs for them. The responsible professor can’t encourage these students to pursue higher education, because to do so would be to replicate the burden of crushing debt and joblessness. In The Guardian, Francine Prose observes this troubling trend and notes that it is not due to financial stress:

This is happening at a time in which high salaries are awarded to college administrators that dwarf those of a junior or even senior faculty member teaching in at-risk departments. That discrepancy can only be explained through ideology. The decision to reduce education to a corporate consumer-driven model, providing services to the student-client, is ideological too.

Within a corporate model, there is no demand for an understanding of ancient texts and arcane arguments, and the requirement that one know how to think is of value only up to a point: thinkers are often the ones likely to throw a wrench into the works by pointing out that some scheme is unethical, or that the boss’s plan is, frankly, stupid.  But the value of a humanities education transcends market utility. Prose goes on to state:

Eloquent defenses of the humanities have appeared – essays explaining why we need these subjects, what their loss would mean. Those of us who teach and study are aware of what these areas of learning provide: the ability to think critically and independently; to tolerate ambiguity; to see both sides of an issue; to look beneath the surface of what we are being told; to appreciate the ways in which language can help us understand one another more clearly and profoundly – or, alternately, how language can conceal and misrepresent. They help us learn how to think, and they equip us to live in – to sustain – a democracy.

Studying the classics and philosophy teaches students where we come from, and how our modes of reasoning have evolved over time. Learning foreign languages, and about other cultures, enables students to understand how other societies resemble or differ from our own. Is it entirely paranoid to wonder if these subjects are under attack because they enable students to think in ways that are more complex than the reductive simplifications so congenial to our current political and corporate discourse?

I don’t believe that the humanities can make you a decent person. We know that Hitler was an ardent Wagner fan and had a lively interest in architecture. But literature, art and music can focus and expand our sense of what humans can accomplish and create. The humanities teach us about those who have gone before us; a foreign language brings us closer to those with whom we share the planet.

If these are going to continue to be available, it is the responsibility of the university to create the market demand, by creating classes, creating stable employment, expanding the humanities, letting the humanities professors themselves dictate the terms of the programs, deciding which classes should be required, and how they should be arranged.

Ideally, we would revert to a Medieval ideal and place the university back in the hands of the professors themselves, with administrators being merely hires, on the side, to help keep the tangential cogs rolling. Ideally, professors and students would own shares in a university, because it is in the professor-student exchange that the true meaning and purpose of the academy is found.

Will Catholic universities step forward and reclaim this tradition which is uniquely our own, the great European universities having grown out of a distinctly Catholic worldview and anthropology?

So far, it’s hard to be optimistic on this point. With the threat to English and Philosophy professors at the University of St. Thomas, on top of news that other Catholic universities are cutting out theology and philosophy requirements, and downsizing in humanities while expanding business majors and sports complexes, one is left wondering whether capitalism and utilitarianism have utterly overpowered the Catholic American mind. It’s troubling that prominent Catholic academics are more flustered by threats of “pluralism” or “progressivism,” than by the materialism underlying the transition of the university – as Newman imagined it –  into a sort of factory.

The short story “In the Garden of the North American Martyrs,” by Tobias Wolff, about a disillusioned and enervated history professor who founds herself lured to a prestigious university for a job interview that is just for show, has a memorable scene in which the professor, Mary, is shown around the campus. At one point her student guide points out the “machine.” No one says what the machine does, but it is something the student is very proud of, the raison d’ etre of the university, at its physical and spiritual heart. The university no longer exists for persons, but for this mechanism.

When Mary finally realizes that she’s been brought in under false pretenses, as the token woman candidate, she has her revenge, turning off her hearing aid so she can’t be alarmed by the cries of protest as she delivers a graphic description of the torment undergone by the Jesuit martyrs, followed by a fiery sermon:

Mend your lives…you have deceived yourselves in the pride of your hearts and the strength of your arms. Though you soar aloft like the eagle, though your nest is set among the stars, thence I will bring you down, says the Lord. Turn from power to love. Be kind. Do justice. Walk humbly…. 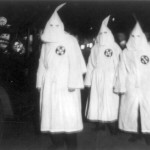 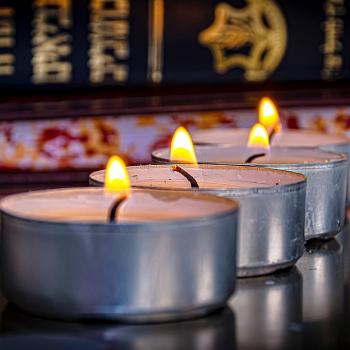 Catholic
What Unites Us? How Christians Can Learn From...
suspended in her jar
TRENDING AT PATHEOS Catholic