When I Try to Say “God,” Strange Sounds Come Out 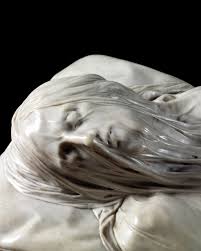 Recently I attended a conference for Catholic writers at the University of Notre Dame. The name of the conference, Trying to Say ‘God’, would have attracted me even if I weren’t already acquainted with several of the organizers. And I was not disappointed. Between the beauty of the campus, the scintillating openness of the conversations, the rich presentations, and above all the opportunity for community, I felt a little like Sam visiting Rivendell, and was sad to leave. For a detailed report of the conference experience I refer you to these pieces by fellow Patheosis (and conference presenter) David Russell Mosley, and Sarah Margaret Babbs.  And in case you are thinking, “I wish I had gone to that!” – well, there will be another, in Toronto, in 2019. And if it’s hard to wait that long, some of the same speakers and themes will be found at Revolution of Tenderness’s upcoming Festival of Friendship, where we will be hosting a mini-conference on the theme of “The etymology of Convivium.”

For the moment, I want to talk about the theme of the Notre Dame conference, and what it means for a religious writer.

Trying to say “God” meaningfully, communicatively, is not easy. And it would be a mistake to think that this difficulty is simply set up external to the self, set up by some theoretical “secular culture” that won’t let us talk about God. If there is a dividing line between the place where one can say “God,” and the place where one can not, it is a porous and wavering line, and has little to do with secular vs. religious culture. It may be a wavering line drawn through the human psyche.

So certainly if enough of us could get together in a safe space with no one telling us what to do, we could put our heads back and bellow GOD loudly enough to pierce the heavens. We could write little stories for one another, in which the characters happily talk about their religious experiences. We could put formulaic praise to formulaic prosody. We could shake our heads over narratives that don’t work hard enough to “prove” God.

Adherents to a culture war ideology imagine some monolithic and hostile secular culture to be the true threat to articulators of the divine. I won’t argue that there isn’t hostility to religion. I see it in the reverences and irreverences implied in the write-ups of many arts journals. But I can understand this hostility, too, because of how the word “God” is often abused, precisely by those claiming to be the arbiters of where God can and can’t be. The recent nationalistic co-opting of Christian trappings for Trumpism is a perfect instance of this.

Maybe when we say “God” we actually, if not consciously, mean something else. Something pompous and priggish. Something that has to do with drawing lines in the sand.

The lines are drawn, and on one side are those shouting GOD aggressively, writing about God, defining God, sticking God into their stories, deus ex machina, like in ancient mythology but without all the sex. Usually without the sense of power and mystery, either. And almost invariably without the beauty.

On the other side are those doing art that people take seriously.

So, yes, this can pose an external challenge to the Christian writer, sometimes, but it’s a challenge that largely disappears if one succeeds at overcoming the much more difficult internal challenge, to say God without accidentally saying something else. That the challenge is ephemeral is evident in the fact that many fine writers who are taken seriously by the secular culture are, in fact, Catholic. Are they not making noise about it because they’re afraid, because they’re going incognito? Or is it, perhaps, that making a lot of noise is rarely the best way to say “God”?

Toni Morrison, for instance, is a Catholic Nobel laureate whose works are filled with themes of community and redemption. But the Catholic critics who enthuse over Flannery O’Connor and Graham Greene regard her Morrison only as a controversial writer on race relations. “She’s not practicing,” they might say, as an excuse to ignore her. And yet, C.S. Lewis, who is revered in their circles, was never even Catholic at all.

Mary Karr – the keynote speaker at the conference – not only is a Catholic convert, but wrote extensively about her conversion, but is deemed by some not to be a “real” Catholic writer, because of her openness about certain sexual issues. And yet Graham Greene was a notorious womanizer who slept with over 300 prostitutes, was condemned by church spokespersons in his time, and closed The End of the Affair with the prayer:   O God, You’ve done enough, You’ve robbed me of enough, I’m too tired and old to learn to love, leave me alone for ever.”

Perhaps the critics who are timid about these powerful Catholic writers working right now in our midst are waiting for someone else to “baptize” them? Perhaps they are waiting for someone else to say “I heard God there” – because they, themselves, have not learned to open the inner chambers of the ear? Because we do not have a robust Catholic arts culture that teaches us to open all the portals for reception, but instead have embraced a misnamed “Benedict Option” which is all about putting up walls and barriers, drawing those lines in the sand.

We are all a little deaf, from time to time, anyway. For instance: I once had the option to submit a collection of poems to a contest for religious poetry. Looking over what I had written recently, I saw poems about sex, apple orchards, ripe tomatoes, dying horses, sex, road kill, insects, compost piles, and sex – but not a whole lot of “Jesus, Mary, Joseph” type phrasing. Embarrassing confession:  I tweaked them. I stuck words like “pray” in. “Hosanna.” Hosanna is neat and iambic.

What an error that was. I had tried to make them overtly religious, failing to recognize that every one of those poems had been about God already.

Happily, I did not win.

The conference on Trying to Say ‘God’ dealt with the real external obstacles to Catholics trying to publish. I moderated one panel (on vulgarity in religious art) and participated in two others (on Catholic women writers, and on science writing). In all three of these, and in others at the conference, we spoke with an awareness of the obstacles we faced, both from other Catholics, and from non-Catholics. Our work is too religious for secular presses, sometimes, and too gritty or disturbing for Catholic presses. I can find a publisher for a poem about a vagina. I can find one for a poem about Jesus. But is there a publisher who wants a poem about Jesus entering the world through a vagina?

I few are going to get past this obstacle, however, we need first to deal with the more fundamental challenge to say God without accidentally saying other things – abusive things, untrue things. The Graham Greene way strikes me as especially powerful. The protagonist does not say “God exists and is good” – nor does he end with a happy embrace of divine favor. Go away from me, God, he says. This is honesty. Many of us might also respond like this if Jesus were to appear before us and say “follow me,” and mean it. We like to repeat, blithely, from Flannery O’Connor, that transformative grace is painful and grotesque – but until we are able to confront this in our stories, we won’t really be saying “God.” We’ll just be selling something. 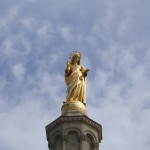 June 20, 2017
When Priests Display Misogyny, They Subvert the Persona Christi
Next Post