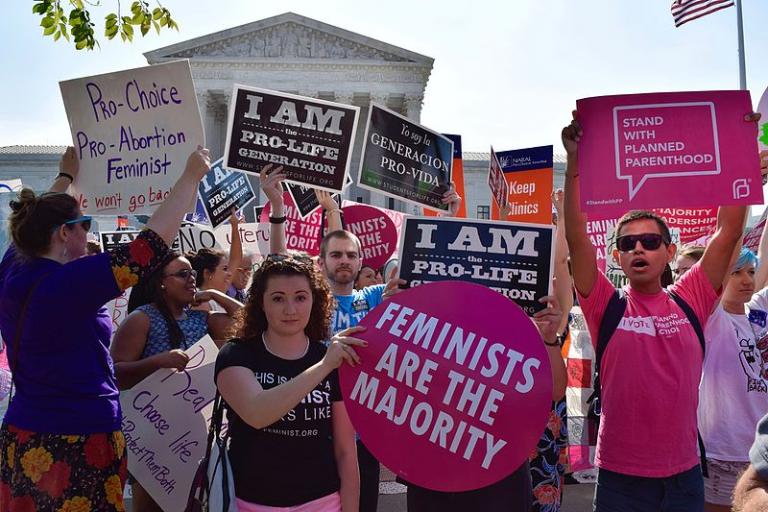 When I first started writing here, I began teasing out the idea that we need to alter the way we approach the abortion issue, politically. I argued that we need to consider our collective responsibility to help women to choose life, and that it might be more effective to try to reduce abortion demand, instead of continuing to attempt to reduce abortion supply. This meant pro-life goals might not best be served by Republican party, both because their policies tend to drive up abortion demand, and because they keep on moving the goalposts with their promises to make abortion no more. My friend and frequent guest writer, H. Lillian Vogl, also addressed the extreme unlikelihood of Roe being overturned at all, because that simply isn’t how the law works.

Since then, it seems the leaders of the pro-life movement have taken, at every opportunity, the worst possible step. They not only allied with Trump; they entangled themselves inextricably in his mess of a regime, so that now any criticism of Trump is seen as somehow not being pro-life. This in spite of the fact that Trump has done nothing to stop abortion, but has done a great deal to increase the conditions that drive up abortion demand.

This means that “pro-life” is now intimately tied, in the public mind, with the ruthlessness of the Republican party’s economic policies, with its hawkish foreign policy, with its anti-life approach to immigrants, Muslims, and the disabled. It is tied to calls for violence against journalists, to shady business practices, and to excuses for the atrocities of foreign powers.  It’s connected with our support for the Saudis in their genocidal actions against Yemen. It means children abducted and kept in cages. It means the removal of our environmental protections, the cutting of our safety nets. It means fast-forward to the U.S. as a third world nation.

“Pro-life” now stands for “does not care about women,” because we have been informed by movement leaders that a little rape and assault here and there is no big deal, compared with abortion. The idea that pro-life really translates into anti-choice – a male supremacist ideology that is all about denying women agency – suddenly seems quite accurate.

Pro-choicers have good reason, all this taken into account, to distrust anyone associated with the movement. Outrage over pro-choice feminists wanting nothing to do with pro-life women falls a little flat. Why would they want to have anything to do with a movement that has broadcast its indifference not only to choice, but to life as well?

The pro-life supreme court justices were supposed to be the ultimate end goal, justifying any means, however unethical. Well, so much for that.

Now that both Trump’s supreme court picks have stated that Roe is settled law, arguments about abortion supply are no longer relevant in our political forum. Kavanaugh was the tipping point. And it’s ironic that the real result of the frenzied determination to confirm to the SCOTUS a man multiply-accused of sexual assault, because of the babies, was to make it readily apparent to all of us that it was never about the babies at all.

Those who worry that the Republicans will overturn Roe should stop worrying, because it isn’t going to happen. Those who keep telling us we have to vote Republican because of the babies should just be quiet and maybe do a little soul-searching. Or penance. At this point, I don’t think they will, however. I think they’ll keep repeating the same mantras, without regard for reality.

In the meantime, the rest of us, who are serious about defense of life and care for the common good, need to work even harder to oppose the damage that the Republican party has done, and to keep them from doing more. The old dividing line between “pro-life” and “pro-choice” doesn’t mean all that much, in this context, because Roe v. Wade is no longer the point of contention. And even if the GOP does succeed in advancing laws that reduce abortion supply here or there, the laws will make little difference in defending unborn life – but may make a great deal of difference in adding to the suffering of women.

The contest to defend lives – all lives – against the violent and indifferent has been restructured completely. And when I look at my allies in this struggle I see standing together many of those who, years ago, might have faced each other across that old dividing line. 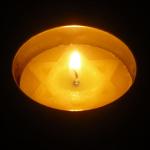