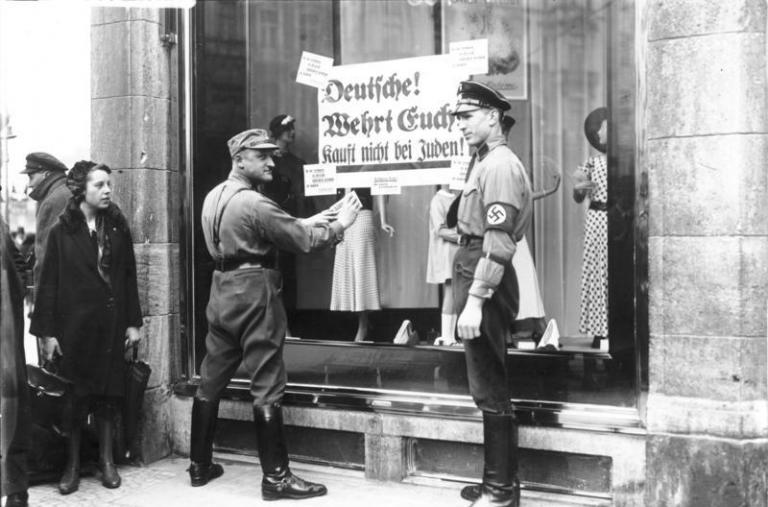 “It’s just a shame to watch this,” President Donald Trump said, responding to the tragic shooting that left eleven dead at Tree of Life Synagogue in Pittsburgh. When asked by a reporter whether we should revisit gun laws, he stated:

“Well, again, this has little to do with it if you take a look. If they had protection inside the results would have been far better. This is a dispute that will always exist I suspect. If they had some kind of protection inside the temple, maybe it could have been a very much different situation. They didn’t. And he was able to do things that unfortunately he shouldn’t have been able to do.”

Arguments that good guys with guns are the solution to bad guys with guns abound. But in this case, referring to a hate crime committed against a Jewish community, the argument takes on a different dimension. It’s the “Nazi Gun Control Theory,” getting hauled out and brushed off again.

The theory posits that Jews might have been able to resist the Third Reich, or even prevent the Holocaust, were it not for laws prohibiting Jews from owning firearms. In the United States, this theory is frequently invoked to oppose restrictions on gun ownership. In February of this year, Alaska Republican Representative Don Young asked, at a press conference: “How many Jews were put in the ovens because they were unarmed?” Later his press secretary hastened to assure outraged audiences that the words had been taken out of context.

But the context is not reassuring. The argument has been popular in conservative circles for a while. In 2015 Ben Carson, then a Republican presidential candidate, said in an interview: “I think the likelihood of Hitler being able to accomplish his goals would have been greatly diminished if the people had been armed.”  In 2013 Stephen P. Halbrook wrote an article in National Review, “How the Nazis Used Gun Control,” in which he stated:

“As in Weimar Germany, some well-meaning people today advocate severe restrictions, including bans and registration, on gun ownership by law-abiding persons. Such proponents are in no sense “Nazis,” any more than were the Weimar officials who promoted similar restrictions. And it would be a travesty to compare today’s situation to the horrors of Nazi Germany.

Still, as history teaches, the road to hell is paved with good intentions.”

Hallbrook’s reassurances fall flat, however. He may not be calling gun control advocates Nazis, but he draws a clear parallel between them and the Weimar officials who enabled Nazis to rise to power. This parallel is double offensive when we consider how often Jewish people in the United States have called for sensible restrictions on firearm ownership.

In the wake of the Parkland shootings, the argument once more made its rounds. It was problematic then, but it is doubly problematic when applied to the Tree of Life massacre.

The Nazi Gun Control Theory lays the blame for the Shoah upon its victims, implying that it was the responsibility of Jewish communities to stop the Nazis, that they should have fought harder. Historically speaking, the argument is ridiculous. Even if Jews had been armed, there was no way they could have stood up to the German army. As historian Alan E. Steinweis pointed out in a 2015 New York Times piece responding to Ben Carson:

The Jews of Germany constituted less than 1 percent of the country’s population. It is preposterous to argue that the possession of firearms would have enabled them to mount resistance against a systematic program of persecution implemented by a modern bureaucracy, enforced by a well-armed police state, and either supported or tolerated by the majority of the German population.

The Germans themselves were armed, however. And almost none of this well-armed civilian populace stood up in defense of their Jewish neighbors. This suggests that arming a populace is not the cure for tyranny, and that vulnerable members of a population cannot count on those who live by the sword to defend them.

No matter what the political agenda, we should be wary about making easy comparisons to the Holocaust – or Shoah – to achieve our ends. The Shoah is a unique horror in our collective history, a hideous existential question to which there can be no satisfactory answer. But to make the comparison in order to oppose gun legislation intended to protect victims is especially offensive.

In the case of the Tree of Life shooting, and in the case of the violence against the Jews in Germany, the time to stop the aggressor was not at the last minute, at the door, with a gun. The time to stop the rise of anti-Semitic violence is as soon as we see it emerging. A moral, responsible leader will remain alert for any uptick in bigotry, hatred, and calls for violence, and will do whatever is just and equitable to prevent the means of aggression from falling into dangerous hands. President Donald Trump, however, has repeatedly ignored, enabled, or even encouraged the rise of racial prejudice in the United States, and is apparently willing to leave vulnerable populations simply to fend for themselves. 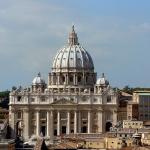 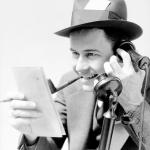