“Tradition” – You Keep Using That Word… 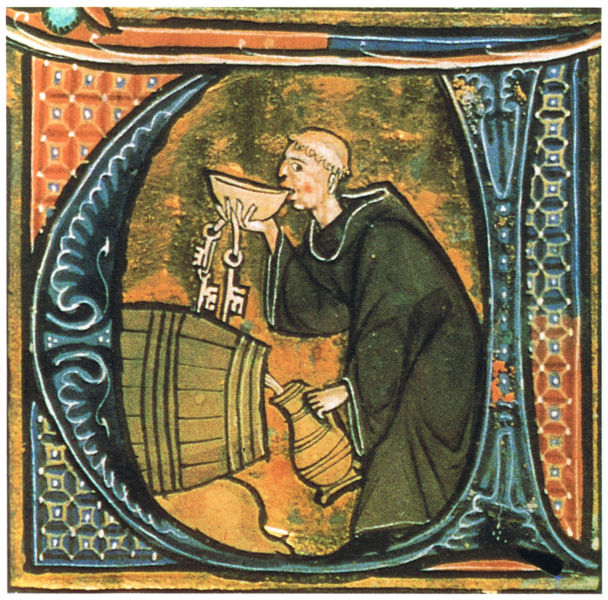 We all have our dreams of where we’d travel to in the past, if the Doctor showed up in his TARDIS. I’m partial to so many eras – pre-Augustan Rome, Medieval England, the Old West, Paris in the 1920s – I wouldn’t even be able to decide. Which is just as well, because every single one of them would be a bewilderment to me.

What we think we know about the past, even when we’ve dedicated years to studying it, is only a shadow of its reality.

I do my best to look at the history as directly and objectively as possible, but that doesn’t alter the fact that a past era, like a remote culture, is different from ours in ways difficult even to inquire about. How people walked, and held their shoulders. The correct handling of dogs in parks. The smells of things. The correct way to smile at a stranger – or not. The pitch of the voice. How to wipe after doing one’s cloacal business (communal sponges in ancient Rome, in case you were wondering – so on second thought, maybe I won’t make that my first TARDIS stop).

And here I want to pick up on a theme I was headed towards in a recent post, about the way a certain species of “traditionalist” Catholic romanticizes past eras, such as the Medieval period and the American 1950s. In order to view these eras as they do, however, they have to make a concerted effort to be as historically ignorant as possible. I say “a concerted effort” because these are not all uneducated individuals. They’ve read the same books I have. Yet I have seen actual college professors traipsing into a thoroughly imaginary past that was so, so better than this evil modern world. They do so in spite of all the evidence.

There appears to be a whole subculture devoted to the production of spurious Medieval imagery and bad cosplay, instead of focusing on the richness of actual art, texts, and customs from the Middle Ages. It’s interesting how often sites devoted to nostalgia for all things Medieval use images from the Victorian period (which also romanticized the Middle Ages, of course) – or else kitsch militarist art celebrating knights, kings, and damsels that appear to be based on Monty Python and the Holy Grail. I’m a huge fan of dress-up, myself, and enjoy archery, and yes I do have a cloak, and yes I wear it on horseback – but I don’t think this makes me morally or theologically superior. I think it just means I never grew up all that much. If we could all just play-act goofball Medievalism for fun, I would be completely cool with that. But the traditionalist nostalgia is deadly serious.

The American 1950s, as I touched on in my last piece, is a favorite of theirs, which is odd, since it’s not a notably Catholic period – and because they have so little excuse for thinking that it was, since the period is not so remote that we need a history book to understand it. Many of you remember it, and those of us who were born later can ask you about it. But here, again, some will tell it true and others will slant it. People romanticize memory (ask me about my childhood, and I’ll prove my point. The 1970s? Great times! Innocent times!).

The actual 1950s was a time of relative prosperity for white middle class Americans, and absolute hell for Black Americans. It was also hell for veterans suffering from PTSD in a society that didn’t understand the phenomenon. It was hell for women feeling the need to act out domestic roles that entailed slicing away large portions of their individual personhood (Betty Friedan wasn’t making it up). It was a time when Christianity meant bourgeois respectability. And it was certainly not some magical era of Catholic flourishing, in arts or culture.

In contrast, one can at least reasonably pretend that the Middle Ages in Europe was a magical era of Catholic flourishing, etc. But we’re talking about centuries here – centuries filled with war, plague, doctrinal disputes, corrupt clergy, wicked popes. Centuries of change, so that calling the whole period “Medieval” requires massive over-simplification.

But was it a Catholic wonderland?

Yes, “everyone went to church, and liked it” (to quote T.H. White) – but not because of their stupendous holiness. The church was the center of cultural life, so it was a Catholic culture – but a Catholic culture does not mean a pious, sinless, or pure culture. The centrality of the church in life meant that going to mass meant having a chance to gossip, flirt, arrange business deals, check out the latest fashions, and ogle forbidden beloveds.

Speaking of forbidden beloveds: the great literary invention of the Middle Ages, the Romance, is fundamentally about adultery. And as for chivalry, it has nothing to do with opening doors for women, and everything to do with the socio-economic, military, and equestrian code of the knight. If you don’t know how to sit a horse properly, don’t come talking to me about your “chivalry.” If you do know how to sit a horse properly, message me, and we’ll talk dressage (which had its origins in the training of war-horses).

If “traditional” catholics were to find themselves whisked back to their beloved Middle Ages, they would find themselves in a culture remote from anything they’d imagined. Probably they would be appalled by the bawdiness of speech, the openness about bodily functions, the forthright nature of the women, the ornate adornments of the men, the irreverence in mass, the naughty behavior of clerics, the drunkenness of students. Oh, and the amazing art and poetry, with its robust mingling of the sacred and the profane, the transcendent and the scatological. There would be holiness, too, of course, but maybe not always where one expects to find it.

And I’m sure I’d be surprised, as well: no matter how much effort I’ve put into trying to respect the culture instead of projecting onto it, the past will always be closed to us in more ways than we can imagine.

The problem is, conservative traditionalists act as though “the tradition” is something fixed in the past, that they can possess and control. While they claim to love and uphold the tradition, typically they distort it to suit their fantasies, reading texts anachronistically, and neglecting to do the research before making grandiose claims. Strangest of all, however, is their unspoken assumption that at some point in the past things were pretty good – meaning, it was all uphill until then – and all downhill after.

Now, I do think a species of traditionalism is good, because it means consulting with a broader and more diverse conversation, drawing on prior insights, understanding what worked and what didn’t, knowing what errors to avoid. One such error is that of progressivism: the assumption that we’re just naturally getting better all the time. This trend was common immediately prior to World War I – immediately before the magnificent trajectory of progress plunged Europe into a dark night of chaos and pointless destruction.

The “great books of western civilization” are valuable because they help us understand so much about how we got to where we are today. Not because “the west” is superior, or because the old white men were right. But because it’s our story – our human family – our legacy.

And it’s because I value this that I am painfully aware of what we white westerners did with our practices of colonialism, imperialism, and slavery. We stole from people their stories, their families. If tradition is important, then our own history of injustice towards the oppressed should weigh heavily on us. Our past actions carry on into the present. Past sins have a legacy. 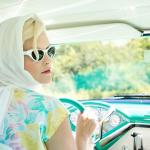 November 16, 2018
"Traditional Catholicism" and Fetishization of Women
Next Post