The Nihilistic Idolatry of Cruelty 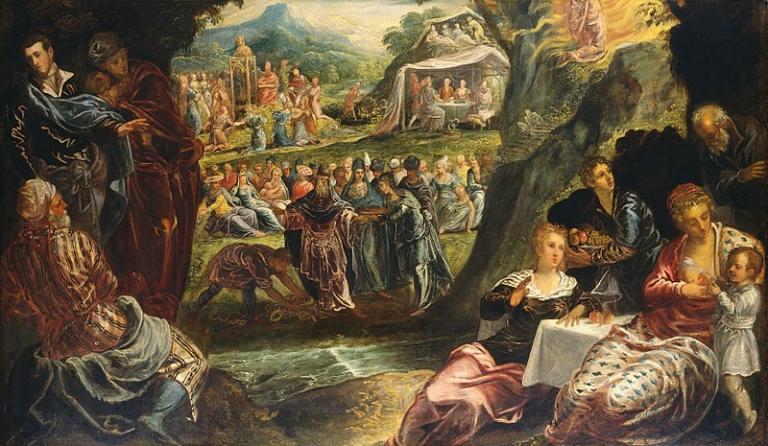 It’s practically a truism, among Christians, that Jesus did not call his followers to an easy walk. Yes, we have televangelists hawking a prosperity gospel, but it doesn’t take much dipping into the early writings of the church to see that what they offer is really more like an anti-Gospel.

Serious Christians, from the early church to modern times, have recognized that there is something essentially disruptive and unsettling about the call to discipleship. The first disciples of Jesus nearly all ended up martyred, after all. And although the institutional leaders of the church may have constantly betrayed and violated the ethos of Christ, the saints and sages all along the way have been there to remind us: this is not supposed to be easy.

It’s not that being Christian always means being persecuted or martyred. After all, many people are attracted to Christ-like qualities. It’s easy to act like an asshole and say “I’m being persecuted for being a Christian” when actually one is just being given a taste of one’s own medicine. Being a Christian MAY mean being martyred – when we follow the commandments of Jesus that demand that we care for the outcast and the poor, especially. It will not win us friends and influence in the high places where people jostle for power. But it will win us friends where people seek for beauty and justice.

No, the hard part about Christianity, it seems to me, is that it requires that we give up our idols.

While the history of the early church indicates that no, people did not have to give up literally all their possessions and connections in order to follow Jesus, they did need to give up whatever had a stronger hold on them than the call of Jesus. In one Gospel account, we find a rich young man who is capable of following all the commandments, but too attached to his wealth to follow Christ.

It’s customary for priests in homilies to warn their congregation about that one little thing you’re holding onto, that comes between you and God. It’s customary to hear the usual list of sexual sins so many homilists like to fixate on, of course – less customary to hear a Christ-like sermon against love of riches, maybe because it’s easy to scapegoat the sexual transgressor while cozying up to the wealthy donor.

Even if we aren’t rich, material possessions can become idols. But they can also become sacramental.

It might be something one clings to for the sake of nostalgia, or it might be pleasures one can’t do without. But the goods of the earth don’t have to be idols: they can also be images and channels of grace. The primordial goodness of created reality is given to us directly through physical beauty and pleasure. The fire of divine love is communicated to us through our small earthly loves, sometimes even our imperfect and morbid ones.

So much of what we meet in creation is always on the verge of becoming sacramental, the divine lurking around the edges of things.

But what if the thing coming between a person and Christ is that person’s attachment to cruelty?

Because this is what I am seeing in so much of American culture today. Not just a love of pleasure or power, not just the distraction of entertainment or the somnolence of satiety. I’m talking about a deadly nihilism, an infatuation with violence.

That’s what our present border policies are: pointless cruelty. There is no fleeting imperfect figment of justice to be seen there, nor even a cold utilitarianism. It’s just an infliction of pain for no reason at all.

The same could be said for torture and capital punishment. It doesn’t matter how often we demonstrate that torture is not only unnecessary and ineffectual, but anti-effectual: people will still defend it. They will defend tear gassing refugee children, and separating families.  Do they think this makes them look tough? If so they need to re-acquaint themselves with the toughness of the martyrs, who endured suffering – who didn’t dole it out.

In my other writing-life, I write poems. And the task of writing poems often means coming up against the double edged nature of material things, where everything is both poison and medicine, distraction and meditation, a call to divine love or a lure away from it. Does love call us to or away from the things of this world? Both, I’d say.

But there is none of this double-edged weird sacramentality in the defense of suffering. It is pure nihilism. It is, in the most literal possible sense, anti-Christ.

I think we might be easily forgiven if the thing that came between us and God was the kind of thing that has the good cracks in it, where the light shines through. But the Gospels have some pretty hard words for those who deal out suffering to innocents. If divine judgment is a thing, America had better watch out. Between our prosperity gospellers, and our idolatry of cruelty – as well as our racism, our imperialism, our disdain for the environment – we are so far from being a “Christian nation” (if such a thing is even possible) that it’s a little scary. 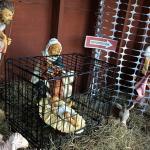 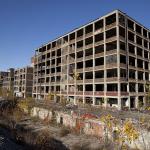 December 16, 2018 Are We Trying To be So Awful That No One Will Want To Come Here?
Recent Comments
0 | Leave a Comment
Browse Our Archives
get the latest from
suspended in her jar
Sign up for our newsletter
POPULAR AT PATHEOS Catholic
1