The Model Needed For Reform: Not Another Protestant Reformation

The Model Needed For Reform: Not Another Protestant Reformation August 2, 2019 Rebecca Bratten Weiss

This is the sixth in the reform series by guest writer William M. Shea

We Catholics should by now have gotten over the shock of the Protestant Reformation though its effects linger. It was a monumental disaster, as was the split between western and eastern churches in the eleventh century. Both happened because of the sin and meanness of spirit, the self-interest and haughtiness of the ordained, and the all-too-frequent conviction of Christians of all stripes that “it’s my way or the highway!”  I know that the church needs reform today as it did then (and always will).  The proposed goals of reform are based on my perception of what the church looks like now and what it should be, and of the values at stake. The fact that my proposals would be dismissed out of hand by the hierarchy for dogmatic reasons, and even by theologians should they bother to look at them, is no excuse to refrain from stating them as proposals.  At the very least a few proposals are useful for turning the searchlight of common concern on dark areas in which The Church has fallen short of the gospel ideals. Since I was once an active part of The Church as distinct from the church I have a tiny share in its present malaise. As a life-long small part of the church I have some responsibility to speak about that which I love before it is too late.

The model of the need for reform is provided not only by the extraordinary blunders of the current, the sixteenth and the eleventh centuries but also by the New Testament picture of the High Priests and Pharisees who are the Catholic hierarchy’s predecessors and models, and its recounting of Jesus’ criticism of them. The popes and bishops themselves gradually adopted facets and meanings of the Jewish priestly caste, as well as of the pagan priesthoods of Rome and the ruling elites of the Empire as models for their own high priesthood. In fact. they look and act like High Priests and Roman governors do they not?

As a statement of the basic soteriology and ecclesiology that underlies my few reform suggestions, I propose the following convictions as essential:

The goal of reform today is to recreate a universal church which is a communion of local churches, a community of communities, not a papal monarchy which rules by divine right and controls bishops and churches, producing a formal unity of units rather than a vital community of communities. Some of the Eastern Orthodox and uniate churches along with the Anglican communion might, in small ways, serve as starting points for reflection though they, too, are vigorously possessed by the vices of hierarchy and clericalism.  The spread of national conferences of bishops following the second Vatican Council was a step in this direction but were overseen by a nervous “Peter” in the background worried that the conferences just might act in matters of faith and practice without checking in with “Peter.”  Only “Peter,” only the monarch, can act and speak for the universal church, so they think! A growing horizontal relationship of bishops and churches was carefully and increasingly hedged in by the ever present and more imposing vertical relationship of individual bishops with the pope.  Even when bishops met in Rome in recent synods, the synods could not speak to or for the churches! They had to submit their findings to the pope and his curia who would in turn decide what might be said and omit what they pleased. Pope Francis’ drive to a synodal church is praiseworthy and a courageous step but it must advance to synodal local churches and regional churches.  Papolatry must decline as synodality spreads.

[1] A helpful brief summary of the problems of clericalism is Cindy Wooden, “Clericalism: The Culture that Enables Abuse and Insists on Hiding it,” ( Crux, 8/23/18).  A compelling and challenging discussion of the ordained priesthood can be found in Garry Wills, Why Priests? A Failed Tradition (NY: Penguin, 2013). 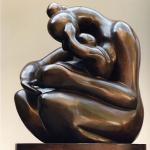 July 29, 2019
What If Everyone Could Hold a Migrant Child? Reflections on Volunteering at the Border
Next Post 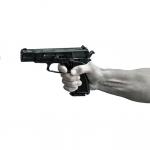