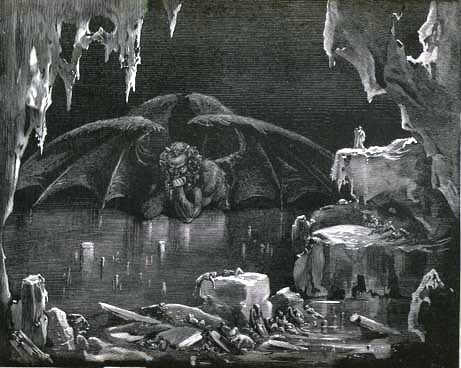 Writing for audiences both inside and outside of religious circles keeps me attuned to how differently different cultures approach the supernatural. It might seem as though one could draw a strict line between the rationalists, who stick with science, and the superstitious, who believe in signs, wonders, miracles, demons, angels, afterlives, and the rest.

This is far too simplistic a division, however. Mere rejection of superstition is not in itself the same as scientific savvy or rational processes. Moreover, in many religious circles one often finds extremely educated and science-oriented people who are also deeply committed to the beliefs and practices of their faith tradition.

Assent to articles of faith may create conflicts with the dictates of reason or science sometimes, yes – but not necessarily. Faith can be adjacent to reason, especially given that it often deals with phenomena for which there is no one answer, no scientific evidence one way of the other. And even when we operate as functioning rational creatures, we still have our dreams our fairy tales, our secret fears that linger on, in spite of reason and the calm light of day.

And assumptions about reason being necessarily superior to faith and spirituality contain a lot of enlightenment, colonialist, and racist presuppositions, especially when dealing with folk religions that have thrived in and sustained marginalized cultures. We may have gotten beyond folk religion ourselves – or have we? Christians need to acknowledge more how truly weird the tenets of our faith are. Catholics need to face up to the fact that we believe we eat the actual flesh of our God.

And even the non-religious have our fantasy stories. And our horror stories, too. Something in us leans towards acknowledging the magical and the uncanny even if we don’t wholly believe in it.

All of this is a preface to what I want to talk about: namely, the devil.

Belief in the devil may seem fanciful and backwards to most people, and for the most part I agree with them that our anthropomorphized idea of a personal Satan, residing in a physical Hell, and responsible for all kinds of devious material machinations in human life is better viewed mythologically than factually – the way we would consider Dionysos or Athena.

I would even go so far as to say that belief in the devil has often, historically, been associated with acts of violence, with inquisitions and witch-burnings, with colonialist oppression of indigenous peoples, often in the name of “mission work.”

Today, much talk about the “satanic” or “demonic,” from Christian evangelicals and Catholics, focuses on things that are fundamentally harmless. Rather than serious ethical discussions about good and evil, we get an irresponsible and ill-formed leadership whipping the gullible into a panic about yoga, Harry Potter, or even the enneagram. This tendency to see the demonic in anything that seems mysterious, magical, strange, or Other is at best morally useless, a waste of time and energy – but can also be negative, creating neuroses and scrupulosity. It does not free the person to choose wisely and act rightly, but rather imprisons them in superstition and fear. It often entails denigrating folk religion or practices that aren’t conventionally accepted in white bourgeois Christian circles.  And it can lead to accusations, ostracization, scape-goating, mob hysteria – same as it ever was.

It’s no wonder that secular humanists would begin to see the figure of Satan as a metaphor for rebellion against religious movements that are oppressive, anti-reason, even violent. It’s no wonder that many Christian groups are not taken seriously as arbiters of ethics, when they are terrified of a personality type indicator but give rapists and white supremacists a pass. The image of the Divine upheld in these groups – authoritarian, humorless, merciless, and constantly with Their Ineffable Knickers in a twist, is just begging for a Miltonian Lucifer, maybe with a few Blakean splashes thrown in, to come along and refuse to serve.

All of this being said, I’m not ready to discard the language of the demonic and the Satanic in our conversation about evil. The ironic humanist rehabilitation of Satan as a symbol of freedom from theocratic oppression erases the rich ancient Abrahamic traditions from which the figure emerged- and the realities with which these traditions grappled. To look at these traditions as beset by benighted superstition gives far too much credit to the idea that human progress is always and inevitably a good thing. Yes, we got feminism, and vaccinations – but we also got nineteenth-century theories of race that paved the way for genocide; we got the nuclear bomb; we got seas clogged with plastic; we got climate disaster. Human reason unleashed does not always tend simply towards the good and decent.

A name for this kind of evil

It’s one thing to give a rational account of death, to accept a certain allotment of suffering and unfairness. Predators have to kill in order to eat. Bodies need to die and feed the earth. This is sad – sometimes catastrophically sad – but it is the kind of sorrow one has to learn to live with.

We need a language for those evils that are not bound up with the tragic necessity of an imperfect world, evils that are violations, horrors enacted for the sake of horror, bodies broken simply because one can, because of the lust to do so – the lust to break, distort, sever. To make them scream. To wipe them out. To wipe everything out.

What if our religious leaders were to stop using the language of the devil to whip up frenzies over young adult literature or non-white religious practices, but instead reclaimed the power of this language to denounce true evil? We should be able to talk about satanic and demonic powers when we discuss historical atrocities like the Shoah, the genocide of the people of the Congo, the lynchings in the American South – and, yes, our treatment of immigrant families today. As Catholics, we should fret less over whether the Amazon Synod respects the legitimacy of the Afro-Brazilian religions, and more about the violent and inhuman treatment of the people in the cultures in which those religions flourished – at the hands of European Christians. We should be able to use language about Satan, and about the demonic, to refer to the rape of children by their religious superiors who claim to hold the keys to heaven.

We keep hearing about how powerful exorcists are, how much they know about combating evil – so, why aren’t they out there combating it, instead of fulminating about fantasy books?

I’m okay with sounding a little Old Testament, here. I’m okay with edging out beyond the boundaries of reason and natural science, with referencing the supernatural. As a writer of fiction and poetry, I understand the value of pushing these boundaries when something important needs to be said – when our ancient fears need to be named.

I mentioned horror above. It’s interesting to me that for some, an interest in horror is somehow “demonic,” when the point of good horror is to reorient us to a sense of how precious – and how threatened, the ordinary goodness of life is. It’s a dreary time in history, so upbeat novels are not doing it for me. I’ve been reading a lot of Stephen King, especially, and find his depictions of supernatural horror to be strangely reassuring – because he is acknowledging it. As opposed to so many religious figures who seem determined to conjure demons behind every doorway, while refusing to address true evil, we can at least look to some of our poets writers, and artists, to be truthful. To dare to open the doors we have closed to hide our skeletons, and worse than skeletons.

Because if we can’t admit what evil truly lurks, if we can’t be truthful about the something there is that does not love us – what hope do we even have?

September 17, 2019
Why the Jews? A Reflection on Yad Vashem
Next Post 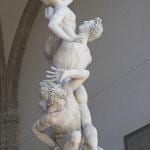 September 30, 2019 On Judging The Level of a Civilization on How It Treats Women
Recent Comments
0 | Leave a Comment
Browse Our Archives
Follow Us!