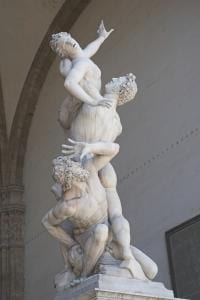 This quotation from Fulton Sheen, from an episode of his television series Life is Worth Living, has made it into many a meme circulating the Catholic internet.

When I first encountered it, my immediate thought was “wow, that claim sure is false.” Aside from the cringiness of phrases like “its womanhood,” even a cursory glance at history will show that throughout most cultures at most times, the relationship between men and women was not one of men aspiring to a level of virtue in order to be worthy of them.

A history of women’s oppression

The Homeric Epics and the Old Testament represent cultures in which the important relationships are mostly between men, while women, unless they can attain a high degree of political prominence, are used more as bargaining chips, sex toys, or war prizes. Helen is important less as an individual than as a catalyst for the battle. Women without wealth and aristocratic prestige were frequently enslaved and raped. In Imperial Rome marriages between patrician families were made and unmade with cynical rapidity, as part of the program of political intrigue. Women could not hold any kind of political office, though they could wield considerable power…not through virtue, but through manipulation, especially of social organization.

With the advent of Christianity we see a brief period of gender equality, but within a few centuries hegemonic patriarchy has crept back in. Men rule the church now, as well as the kingdoms and states. A Platonic distrust of the body, combined with the Church Fathers’ reading of the Hebraic creation myths of genesis, provided a perfect brew of misogyny: material reality is bad; women are more associated with material reality; the body is the source of temptation; look at how humanity fell, through the fault and weakness of women. So much for “in Christ there is neither male nor female” – now, a woman is to be subject to her husband, is made for her husband, as her husband is made for God. Women in the scholastic tradition are studied as a sort of footnote to men – as “misbegotten men.”

It’s easy to get misled by the romantic ideals in the courtly, fin amour, or troubadour traditions of medieval poetry – if you don’t look at them closely enough, or if you only understand them through a nineteenth-century lens. The reality is that the literature that emerged from the chivalric and courtly tradition was highly stylized, an upper-class trend – and, also, was fundamentally adulterous. The Tristan and Isolde story of hopeless love between a knight and the wife of his feudal overlord is the ultimate archetype for the medieval romance. In a society in which marriage is largely a socio-economic bond, naturally the romantic ideal would involve escape from this bond. Whether actual adulterous romances were common is another question: the poetry shows us what people fantasized about, not necessarily what they did.

Yes, we have fairy tales in which men have to perform impossible feats in order to be worthy of a lady – but these are always stories about extreme class division, in which the quests of the knights, or the tasks of the suitors, are intended so that they can prove themselves worthy, not of the virtue of the princess, but of her socio-economic status.

Even with the advent of movements for political equality, “rights of man” usually meant literally that – with, in the west, the assumption that “man” meant “white man.” Mary Wollstonecraft’s Vindication of the Rights of Women was intended not only for an audience of traditionalist fuddy-duddies, but for the egalitarian leaders who were leaving women out of their revolution. Abigail Adams petitioned her husband to “remember the women” when drafting the constitution of their new nation – but, he did not.

A timeline of women’s suffrage shows just how little political clout women had even in the modern era. Not until 1881 did a modern sovereign state, the Isle of Man, grant women voting rights. It didn’t happen in the U.S. until 1920 – and in the U.K., until 1928. Saudi Arabia only just allowed limited suffrage to women – and in Vatican City women as yet have no voting rights at all.

And this doesn’t even touch on the laws about ownership that gave a married man full rights over his wife’s property. Or on the fact that women were not allowed in the universities, or able to hold jobs, or considered as viable inheritors of wealth or rule. It doesn’t touch on the fact that marital rape wasn’t even recognized as a reality until very recently.

Consider the cultures in which children are still forced to be “brides” – in which polygamy is normal – in which female genital mutilation is practiced – in which a woman who is raped is considered to be dishonored, and thus must be killed.

Consider the fact that the United States is currently presided over by a man with multiple assault accusations against him, who has bragged openly about his predatory behavior.

Is this all the fault of women?

Remember, one of the reasons why the story of Lysistrata is a comedy is that in reality it would never have happened: if the women of Athens and Sparta had gone on a sex strike, their husbands could legally simply have raped them, or gone to prostitutes – or enjoyed sexual favors with one another.

In this respect, George R. R. Martin’s fantasy depiction of a chivalric society in A Song of Ice and Fire is right on the money. People are appalled that Martin’s stories depict so much rape – but, he depicts rape not as a good thing, but as an indictment on that culture.

Sheen’s assertion is not only wildly, ridiculously, laughably wrong – it is dangerous. It tells us that it is our fault. If men are treating us badly, it must be because we have not held them to a high enough standard, demanded that they be worthy of us.

Worse yet – if civilization is in shambles, it is our fault. We speak often of “rape culture” and assume this refers to frat houses, to football players getting a pass on assault, to the objectification of women in fashion ads. And, it does. But at the heart of rape culture is this assumption: that whatever happened it is her fault. Not just what happened in the dorm room, in the back alley, in the basement – but what happened on a broad cultural level. If the civilization is violent and debased, how convenient not to blame those who actually, legally, control it on ever level. How convenient for them, the powerful ones, to blame the women.

Perhaps, though, Sheen has inadvertently made an important point here. Perhaps we really should judge a society by the way it treats its women. 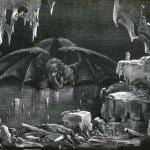 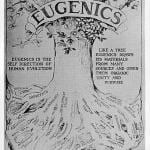 October 2, 2019 So, What If Abortion Really Is Driven By White Supremacy?
Recent Comments
0 | Leave a Comment
Browse Our Archives
Related posts from suspended in her jar