Is There A Fundamental Flaw In the Institutional Church’s Approach To Sex Ethics? 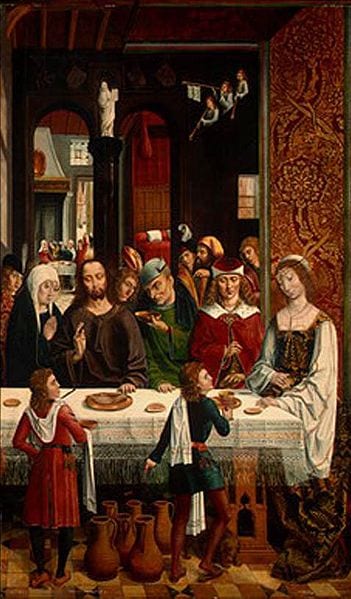 Recent statements by theologian and former president of Ireland Mary McAleese have been making a stir in Catholic circles, prompting reactions in the extremes of both negative and positive.

According to an article by Sarah Mac Donald, McAleese stated that the Catholic priesthood is based around a “fundamental lie”:

She told a conference in TCD on Saturday attended by up to 400 people, including the Provost, Dr Patrick Prendergast, that a clericalised priesthood was not attracting vocations today and that many of those who are attracted to priesthood have a “deeply problematic” sexuality because the Church demands that those priests and seminarians who are not heterosexual pretend to be.

Recalling the six years she spent studying for a doctorate in canon law in Rome, living in the environs of a seminary and monastery, she said she had encountered many young seminarians and priests.

“The number of fake-hetero misogynistic homophobic gays I met frightened me. The homophobia of people who are gay is a lie – it is a vicious lie. But they live it and in living it, apart from making themselves miserable, they also make a lot of other people miserable.” She said that as pastors, “their capacity for dispersing misery is really immense. That worries me greatly.”

McAleese’s observation resonates with much that I have seen in the past few decades of interacting with priests, seminarians, and former seminarians. I even have in mind particular men I knew in college and graduate school who were unable to integrate a holistic and wholesome sexuality into their overall moral character because of the pressure to repress, deny, and self-flagellate.

This is not to say that I oppose priestly celibacy as a discipline: although it is not doctrinally mandated, and has not always been practiced by the church, there are good pragmatic reasons for it priestly celibacy to be maintained, in many cases, if not in all.

My objection is rather to a culture in which humans are not allowed to be gay at all. Not celibate gay. Not unmarried gay. Not chaste gay. This is bad enough in Catholic culture across the board, but now that gay men are barred from the priesthood this means a) abolishing what was traditionally an opportunity for men to knew they would be unhappy in heterosexual marriage to pursue a calling of love and service; b) creating a situation in which men who are gay and drawn to the priesthood will feel obligated to deny their own reality.

What especially struck me in McAleese’s observations, however, was a quotation she highlighted from Pope St. John Paul II’s text Love and Responsibility – a formative read for me in my undergrad years, which gets me wondering about some of the issues I dealt with in my personal life, then and later:

She quoted from a book of theology ‘Love and Responsibility’ by the late Pope St John Paul II which stated that in the act of sex in a marriage, the woman “is a comparatively passive partner whose function it is to accept and experience. For the purpose of the sexual act it is enough for her to be passive and unresisting, so much so that it can even take place without her volition while she is in a state in which she has no awareness at all of what is happening – for instance when she is asleep or unconscious.”

She noted that the late Irish theologian Fr Seán Fagan, who was censured by the Vatican, had questioned Pope John Paul on this saying it sounded like rape. “What happened? Pope John Paul becomes a saint. Seán Fagan becomes silenced. That’s our church,” said Professor McAleese.

Read this, and consider recent debates regarding the role of women in the church, about our requirement to be modest, subservient, submissive, and meek. Read this and consider our ongoing crisis of sexual abuse and institutional cover-up. Also keep in mind certain historical realities, such as the church’s failure insufficiently to condemn slavery even when it meant that Black women were used violently and repeatedly as sexual objects by their white “masters” – or the church’s anemic response to the ongoing and widespread problems of marital rape and forced marriage in general. In fact, in light of what we now understand about the nature of marriage and human sexuality, it is possible that a majority of marriages, for many centuries in Catholic societies, might be eligible for annulments according to our understanding of the necessity for consent, for a marriage to be valid.

I would like to draw out McAleese’s observations and put forth the hypothesis that the Church has been proceeding foremost of its history on the basis of a highly flawed understanding of sex ethics, one more appropriate to the Roman imperial obsession with control and lineage, than to the Christ-like understanding of love, freedom, and equality. There is a tendency to view sex ethics according to a simple binary: procreative married sex good, all other sex bad. This means we have failed to deal with questions of sexual morality that require comprehension of scales of good and evil.  Rape has been treated as just one of many failures to keep sex within marriage. Abusive behavior within marriage has been ignored. The emphasis is on sex as something that should be contained within approved structures, and ordered ultimately towards procreation – while questions about bodily autonomy, dignity, equality, consent, and mutuality are neglected. I have even seen Catholics argue that while rape is bad, it isn’t as bad as homosexuality, because at least rape is “natural.”

If we had taken seriously, from the start, the radicality of Christ’s Gospel message, especially the emphasis on love of neighbor and abolition of differences, how might things have proceeded differently? If ideas about the passivity of inferiority of women had been rejected wholesale, from the early church on, instead of being allowed to creep back in from every patriarchal corner? If the emphasis had been less on breeding capacity, more on the love and mutuality imaged in the love of Christ for the Church? If authoritarian structures that allowed humans to treat one another as mere objects, mere property, had been dismantled?

Human nature is human nature, and having a better sense of sexual ethics and sexual anthropology in general would not be some kind of magic cure-all; however, it is notable that while the Church has often been on the forefront in issues of justice, economics, and social responsibility, it has regularly failed as an arbiter of genuinely person-centered, Gospel-based sexual ethics, and has certainly failed as a protector of those at the mercy of predators. Rather, predators have regularly found a home in the church, whether in the ranks of the clergy or as heads of household in “good Catholic marriages.” Pointing the finger at LGBTQ persons and women who use the pill has been a deflection measure for quite some time, but in light of what we are now beginning to see, it may be that this deflection will no longer work so well, and the church leaders will have to come to terms with their own failures not only in terms of action, but in terms of understanding human sexuality at all. 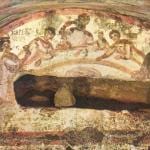 October 29, 2019
Is The Ban On Ordination of Women Based On A Heresy?
Next Post 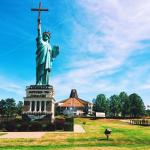