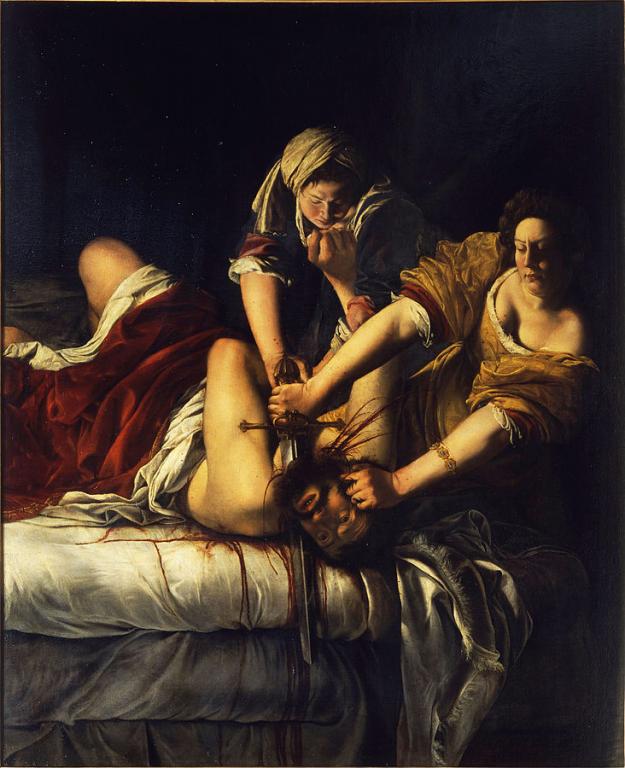 In the conservative Catholic circles in which I was educated, it was common for speakers and writers on gender issues to refer to Mary the Mother of Jesus as a feminine ideal. Young women were admonished to imitate Mary in purity, meekness, humility, and obedience. The image that was presented to us was of a silent, pretty young girl decked out in voluminous robes, head bowed, gaze lowered.

Oh, and Mary was usually depicted as white, of course. Because whiteness equals purity, of course, and young Caucasian women need to see a role model who looks like them.

“Mary like modesty” was the fashion ideal. Feminine submission to authorities, especially male authorities, was the mandated virtue. It was understood that if we married we would follow the pattern set by Mary in wifely submission and obedience.

This approach to female identity can screw with one’s mental health and warp one’s conscience whether one is good at it or not. I was never very good at it, so “Mary like modesty” and “feminine submissiveness” ended up being catalysts, for me, for that famous Catholic guilt we hear so much about.

I was reminded of how damaging this culture is, recently, when a group of far-right Catholics were discussing the question of female submissiveness. The context was this: a woman posting, publicly, about how her fiance had asked her to stop wearing high heels, and she had agreed. While far-right self-styles traditionalists praised her for this, others, even Catholic priests, saw this as problematic. A man dictating fashion preferences to a woman, and not as “this is just me taste,” but in the form of a moral mandate? This is a recipe for abuse.

And it is not Christian.

Having just come from a reading of the Gospel narrative of the Annunciation, my response to this discussion was: where did this obsession with the idea of “feminine obedience” as Christian even come from?

I am glad that my emancipation from a patriarchal power-structure that appropriates Jesus’ teaching has reached this point. I am glad that I can finally see that they, and not I, are the ones twisting and distorting the Gospel.

Yes, we have a few passages in the New Testament in which male writers tell women to submit to their husbands, but what strikes me about those passages is not “how revolutionary and Christian” but rather “how mainstream for the time.” Meekness and obedience were expected of wives in the patriarchal culture of both the Roman empire and Hebrew Palestine. When Peter, Paul, and Timothy say “women should be submissive” they don’t sound like they’re following Christ. They sound like they’re telling these radical Christians to conform to the dominant culture of the world they live in.

Because when it comes to the story of the Nativity, nothing about Mary’s actions strikes me as submissive to men. She does not ask permission of either her father or her betrothed, when the angel approaches her with a startling announcement. And the decision she makes is one which, she knows, could get her stoned to death by her community – but she agrees, anyway. “I am the handmaid of the Lord” she says – not the servant of any man.

We don’t see all that much of Mary in the Gospels. But when we do see her, she is not acting especially meekly or submissively. When she hears that Elizabeth is pregnant she “rushes off” to visit her, not waiting on permission to leave her home, or requiring a male protector. When she arrives and Elizabeth feels the miraculous quickening of the baby within her, Mary’s response is to sing a song of praise that could have gotten her arrested as a revolutionary:

My soul proclaims the greatness of the Lord,

my spirit rejoices in God my Savior;

for he has looked with favor on his lowly servant.

From this day all generations will call me blessed:

the Almighty has done great things for me,

and holy is his Name.

He has mercy on those who fear him

He has shown the strength of his arm,

he has scattered the proud in their conceit.

He has cast down the mighty from their thrones,

and has lifted up the lowly.

He has filled the hungry with good things,

and the rich he has sent away empty.

He has come to the help of his servant Israel

for he has remembered his promise of mercy,

the promise he made to our fathers,

to Abraham and his children forever.

Mary appears at the Wedding of Cana, and manages to boss both her son and the servants. On one hand this seems to me exactly what an organized and no-nonsense Jewish mother would do at an event, when she sees things going badly and wants to fix the situation. But she’s also taking the miraculous into her own hands – deciding for herself when her son’s time has come, to begin his earthly ministry. She shows a spiritual authority over the feast, which takes on liturgical significance because of Jesus’ miraculous work there. If the Wedding at Cana was a foreshadowing of the mass, it was a foreshadowing in which a woman was presiding.

Later, we see that she and the other women stay by the side of Jesus during his condemnation, torture, and death. Most of the men run away, but the women defy Roman authority and religious leadership. They stay.

Mary in the Gospels is acting in accordance with a long line of women who bring about divine will through unruly behavior. Yes, even Eve. If we are to say, as Christians, “o happy fault” – we need to give the woman credit for it. The disobedience of Eve may be deplored by male religious leaders, but it is repeated and reiterated through the Hebrew scriptures in the stories of Sarah, Rebekah, Rachel, and Esther, all of whom disobeyed and defied the men in their lives. Then we have Ruth, who crept into her boss’s bed at night – and Jael who drove a tent-stake into a general’s head – and Judith, who cut the head off of another general, entirely.

The history of women advancing salvation history in both the Old and the New Testaments is a history of unruliness, not submission. The model with which Mary of Nazareth presents us is one of daring autonomy, a woman claiming a direct line to God instead of deferring to a man as God’s representative.

I can see how unnerving this must have been for men at the time, even those who followed Jesus. His male disciples appear often to have been nonplussed by the presence of women in the retinue, trying to shoo them away and keep their teacher all to themselves. But Jesus was not having it.

The successors of these male disciples appear to have carried out their mission to push the women away, rather than to have followed the example of Jesus who obliterated distinctions between man and woman, rich and poor, Jew and gentile. And today obsessions over a false ideal of Christian femininity take us even further from the examples of Jesus and of Mary. Who does a woman serve, when she decides to be submissive to men, to acquiesce to male desires, to be passive in relation to patriarchal authority?

She serves men. She serves their desires, their pride.

She does not serve God. 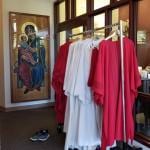 November 27, 2019
Silent No More: A Survivor's Message of Gratitude
Next Post 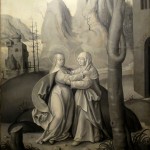