Atheists and Christians: Are Atheists Deficient In Love? 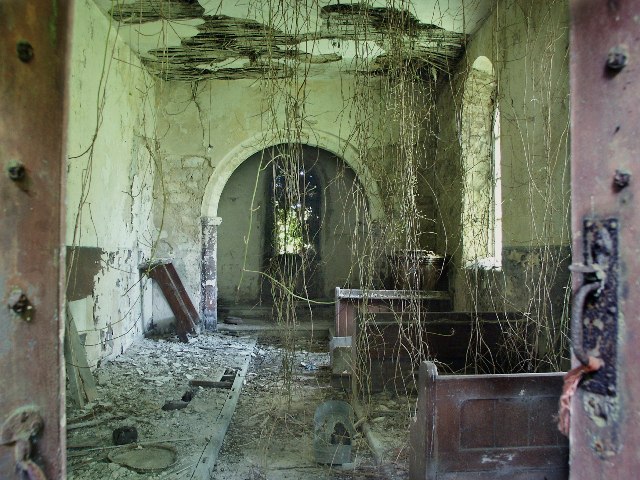 Beloved, if God so loved us,
we also must love one another.
No one has ever seen God.

Yet, if we love one another, God remains in us,
and his love is brought to perfection in us.
We have come to know and to believe in the love God has for us.
…God is love, and whoever remains in love remains in God and God in him.  (1 John 4:11-16)

Do Christians think that atheists’ love is any less, or any more exclusive, than Christians’ love?

I’ve met and known many atheists in my teaching career, and I haven’t found in them any more deficiency of love for others than I have found in Christians. In many individuals and groups I do detect there is a marked deficiency—Nazis for example and anti-Semites. I have two adult sons, one of whom is, like his parents, a practicing Christian and the other not. I must say, after years of reflection, I conclude that there is love for “one another” in both, and even, a surfeit of “faith” as I conceive it.

Even at the risk of screwing up our understandings of God-talk, a few questions about the endless arguments between atheists and theists are still in order. Are there any new arguments or we voicing the same old ones? I don’t think there is much new going on. Are the arguments properly counter-posed or are they passing one another in the night? I think they are often but not always “passing in the night.”  Does incomprehension reign on both sides of the argument? I think so. What are they really fighting about anyway? Not easy to say!

When I run up against a wall of incomprehension, criticism and rejection of the way of life of my fellow Christians, I can react in three ways (and I do!): strenuous and defensive opposition, conversion to the other side of the wall, or deepening my understanding the wall and what is on the other side. The first makes me a warrior in a fruitless war (my Irish Catholic psyche likes this!). The second would make me an atheist. The third, a reflection on atheism and my differences with it would at least put me on the path laid out so vigorously by the last four popes, the path Pope Francis calls the path of understanding and “encounter.” I hope to stay with the third. After all, I’ve been at it for the past fifty years!

An Atheist In Possibility

So here is a starting point in my reflection: the recognition that I am an atheist in possibility (in actuality sometimes for a moment or two), and I have been since the age of ten when my first serious questions about the God of my ancestors and my church community, the Jewish and Christian God, occurred. The occasion was viewing of the Movietone film scenes of the Holocaust and the concurrent personal experience of an agonizing physical injury (1945).  I have not and did not become an atheist in actuality except for those few moments in which I felt the dark side. I never left my community of faith and belief, but my faith, hope and belief have passed through the fires of doubt and wonder. How could there be such pain, violence and death if God is living and loving? How could St. James have penned the words above if he lived in the same world I do?

On and off, for long periods of time, for months and once even for two years, I feared there was no one on the other end of my spiritual telephone, for no one was getting back to me, no one answered my questions. I might even go so far as to say that most Christians know exactly what I am talking about, that is, the dark side. Even the saints give evidence of what they called “periods of dryness” when there is silence from other end of the line. Even saints knew about pain and evil and faced death everyday.

The best evidence of my obsession with belief and unbelief is the fact that I chose to spend ten years working on a Ph.D. studying atheism and many other things under professors who did not share my way of life (Roman Catholic), some of whom were confessing atheists. I ended up writing a doctoral study of two atheist professors at that university and later a book on four American atheists.  Clarity on the basic philosophical issues at stake was the point of it all. A degree of fairness and accuracy in the dissertation was assured by my affection and admiration for Frederick Woodbridge and John Herman Randall along with John Dewey and George Santayana.

Allow me to make two distinctions. Among other things in my years of research I found two quite different strands of atheism.  One strand clearly sees the meaning and even the value of religion while considering it imaginary.  The other strand takes religion to be an aberration of mind and spirit, a threat to the advancement and freedom of humanity, a passing fancy, the detritus of history.

Time and space seem to be the arena of our knowing and even of being. If so , either we cannot know “IT” (agnosticism) or “IT” cannot be (atheism). IT must be “there” or “here” or IT isn’t simply isn’t! The atheist says IT isn’t and the theist says IT isn’t here or there yet IT is.  According to the history of the empirical method we have inherited in the West east least since David Hume (d. 1776) what is not within the horizon of our sense experience and cannot be measured in any way, cannot be known: What real must here or there, an object, a thing and the relations between things that can be sensed or measured.

As Frederick Woodbridge put it broadly and bluntly: “If you want to know if the stone is real, kick it.” If you can’t “kick it, ” better silence or denial. Should this simplification be valid there is no basis, no evidence, for concluding that IT exists. But theists (and other religionists) insist there is in fact a “real” even though IT is not kickable. To sharpen up the difference, may I suggest that one side is saying God is nothing and unreal, while the other side is saying God is real but No-thing? The second is where I stand: God real but not a thing. But if God is real yet unkickable how do I know that God is real? One must press hard on that question if philosophical atheism is to be “encountered.”  Let’s be frank: there are a lot of very intelligent people who think God is nothing.

A second distinction may help. God is known as the supposition to any and every experience and knowing, to any and every “thing,” implicitly at first but at last brought to the linguistic surface by common sense (religions) and then clarified  by explication in an adequate metaphysics. But the Incarnation and Resurrection (the Christian gospel) are believed. This distinction between knowing and believing is crucial to any encounter between atheism and theism. We shouldn’t collapse believing into knowing, and Christians easily do so. But we Christians say:  “I believe in God, the Father almighty…”   The first Vatican Council (1869) taught that we can know that God exists,  but it didn’t teach that we know God to be a trinity of personae in one natura. Such matters intrinsic to Christian faith are believed, not known.

It may help to keep these distinctions in mind as the next post addresses  “Atheism and Religions.”

N.B. Originally this piece included the statement that  “the Parliament of Iceland recently, and with but one negative vote, declared that religion is a mental illness. What a unique moment in the history of parliaments that was!”

I was taken in by what our President calls “fake news” and “a hoax” and I must apologize to my readers. Mea culpa! The essay was intended as satire and posted on patheos.com. The author is Andrew Hall.

February 26, 2020
The Inevitable Impotence of Male-Only “Authority”
Next Post 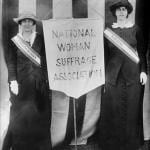 March 6, 2020 In Case You Were Wondering, We Still Need Feminism
Recent Comments
0 | Leave a Comment
Browse Our Archives
Related posts from suspended in her jar