In Case You Were Wondering, We Still Need Feminism 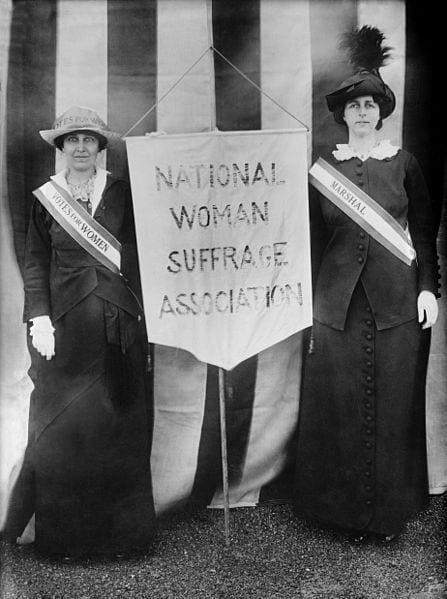 I run into a lot of people who know that feminism is a thing, but think it belongs in the past. I have heard men say that since they “gave” us the vote, we should be happy. Other men say deride us for “crying sexism” when things don’t go our way – as though sexism is some imaginary monster we’ve conjured up as an excuse for our own failure. These men may praise the suffrage activists of the past while sneering at the #MeToo activists of today. When an accusation of assault is made against a powerful man, they remind us all of how destructive false accusations can be, how vengeful and irrational some women are – even though false accusations are extremely uncommon, whereas one out of every five women will be assaulted in her lifetime.

I know women who don’t want to identify as feminists because they believe that the struggle for women’s equality is a thing of the past. They are happy to enjoy the benefits of the labor and suffering of earlier feminist movements, but consider that those struggles were all in the past. Women today, they point out, do not face the kind of extreme inequality women faced one hundred years ago.

Even when I bring up past injustices, I’m likely to run into at least a few people who will assure me that I am being melodramatic; even back then, inequality was never all that bad. They doubt that “patriarchy” is even a thing. They point to famously successful women as though they were not exceptions to the rule, as though their success had not been won in spite of relentless opposition from patriarchal individuals and institutions.

To their mind, identifying as a feminist means taking an unnecessarily aggressive stance. It’s not appealing. It’s shrill. It makes a scene. And, of course, the men don’t like it.

A lot of the women who are uncomfortable identifying as feminist live lives of relative privilege. Some have rarely had to hold jobs, since they were born into and married into money; they have never faced discrimination and harassment in the workplace. Some of them live in pockets of comfort where liberal feminism is the norm, and routine sexist harassment is frowned upon. Or perhaps, because they are happy with whatever allotment the patriarchy has bestowed upon them, they see it as presumptuous for other women to demand a place at the table. “I am happy being X, I don’t need to be Y” they say – as though their own satisfaction is all that counts.

Or perhaps they are so steeped in a world of patriarchy that they view injustice as justice, inequality as the state of nature, and our demands for reform to be an attack on all that they hold dear.

I think that even feminists who live in liberal or progressive communities may tend to think that the struggle is mostly in the past. If you are in an academic or arts community where being woke, progressive, diverse, and tolerant is simply expected of one, it might be easy to forget what life is like in huge swathes of the country. You might have forgotten what it is like when harassment is a fixture of life. You may have escaped from the religious communities where women are routinely shamed and silenced. Perhaps you have even found a faith community in which equality and justice are celebrated, and women preach and preside. You may imagine that rampant misogyny is confined to a few quack communities, a few angry incels in their basements.

The 2016 election should have reminded us all that yes, feminism is still needed. An inept and immoral man who had openly bragged of sexual assault, and had a number of accusations against him, was elected to the highest office of the land. Whatever their reason for voting for him over an imperfect but competent woman, sixty two million citizens of the United States decided that Donald Trump’s long legacy of sexism, misogyny, harassment, and assault of women just wasn’t an important issue. Yes, Clinton won the popular vote, but that doesn’t make sixty two million a negligible number, when that many people think that despising and assaulting women shouldn’t make a man unfit to lead.

“But Bill Clinton!” someone will now say.

Yes, about Bill Clinton? When he ran, he was not widely known to be a predator, as he is now. When Trump ran, he was known to be a predator. But let’s suppose it had been known. I expect a lot of people would have voted for him anyway, because preying on women is apparently not a big deal. Because sexism is woven into the whole fabric of our society. It’s not only on the right; it’s just noisier and less polite there.

In case you were wondering, yes, sexism is alive and well right now, right in front of us. If this were not already apparent in innumerable ways, in your day to day life, consider the fact that liberal voters prefer Joe Biden over Elizabeth Warren. Yes, Biden is infinitely preferable to Trump, but there is no existing scale of value or competence in which he can be regarded as superior to Warren – except for in the “well, Americans won’t vote for a woman” category. Consider also the fact that leftist voters, rather than regarding Warren’s run with enthusiasm, rather than rejoicing that there were two excellent and genuinely reform-minded progressives in the race, opted instead to revile her as a “snake” and an impostor. Just for daring to stand up against sexism. Just for daring to imply that she could be as good as a man.

The women who are mourning the fact that Warren dropped out of the race – either because she was a candidate about whom they could be enthusiastic for the first time in their lives, because she was their favorite, or because she was the last woman candidate holding on, and now it’s back to the old white men again – may have gotten their hopes up because we want to think better of ourselves, as a nation. We want to believe that the feminist struggle is mostly in the past. We want to imagine that our culture is made up of people who eschew misogyny, who believe women, who are eager for women’s leadership.

We want to believe this even when we know better. We want to believe it because we want to have hope for our futures, for our daughters and granddaughters. And because the alternative to believing this lovely dream is to face the grim reality – when we are already so tired – how much work still needs to be done. 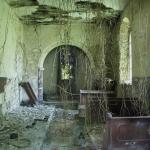 March 1, 2020
Atheists and Christians: Are Atheists Deficient In Love?
Next Post 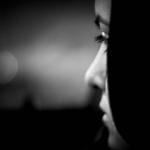