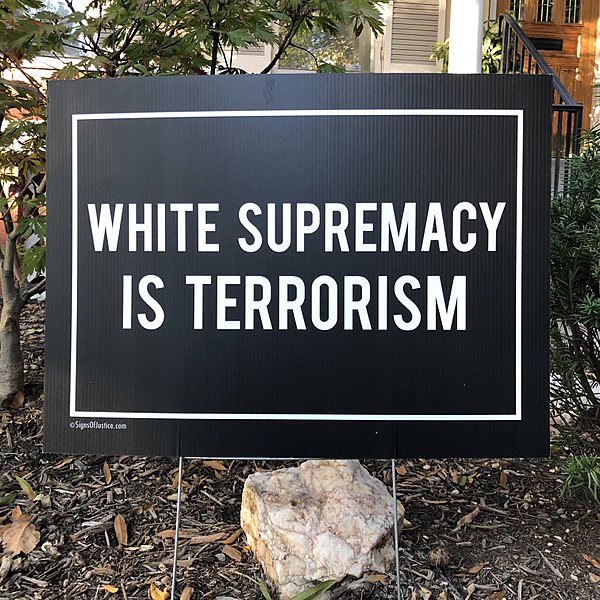 San Francisco 49ers quarterback Colin Kaepernick’s silent protest against racial injustice began to gain national attention in late August of 2016. By early September of that year, other athletes were joining him in kneeling during the national anthem, sparking heated debate on social media. Many, while sympathetic to Kaepernick’s goals, express concern that his actions were disruptive. Others applauded as the protest gained momentum, hoping it would shine a necessary light on the problem of police brutality against Black persons in the United States.

But others had only contempt for the protesters, refusing to acknowledge any injustice. “If they don’t like the country, if they don’t like our flag, get the hell out,” said former Bears coach Mike Ditka. “I don’t see all the atrocities going on in this country that people say are going on.”

Within one month of the protest’s start, at least fifteen Black persons were killed by police in America. When Kaepernick received death threats on social media, police threatened not to protect him – thus proving his point.

Now, four years later, the police brutality to which Kaepernick quietly protested has escalated. Violence against non-white citizens by armed agents of the state can no longer be said to be “invisible”—if it ever could. Far-right organizations stand at the top of the list of perpetrators of acts of terrorism. And gestures of overt racism on the part of various white nationalist groups have become mainstream, enabled by the rhetoric of Donald Trump, who has solidified the identity of the Republican party as one of racism. If there was a mute button on far-right and racist movements in the United States, Trump has un-muted it.

No wonder, then, that the peaceful protests of four years ago have become increasingly more urgent. No wonder they have even occasionally generated violence. “Black Lives Matter” has become a national movement, as well as a hashtag and a rallying cry. And whenever critics of the Black Lives Matter protesters express their shock and disapproval at the methods of the protesters—whenever they say, “of course, it’s fine for them to protest, but not like that!”—we can point back to when Kaepernick knelt respectfully and, instead of respecting his right to protest or considering his reasons, they made the same noises of consternation they are making today.

Now that the police officers who brutally murdered Breonna Taylor in her own home have been acquitted—fifty-five years to the day since the murderers of Emmet Till were acquitted—it is evident to anyone who is looking that too little has changed in this nation that was founded on the backs and washed in the blood of the Black persons who were kidnapped and enslaved by White Christians. We are past the point at which conversations about condoning or not condoning the acts of protesters are appropriate. We need to look at the long, ugly history of our nation as a preface for what is happening now. And we need to stand in solidarity with Black Lives Matter.

How are Catholics doing, on racial issues?

In spite of our obligation to solidarity across national and racial boundaries, many Catholics are standing in active opposition to Black Lives Matter, spreading the same kind of racist propaganda about the group that was used to discredit Dr. King decades earlier. And, again, Catholic rejection of solidarity cannot be chalked up simply to uneasiness with the more aggressive forms of protest: four years ago, many Catholics regarded Kaepernick’s protest as unpatriotic and therefore unacceptable.

For instance, when “taking a knee” became a trend, the Diocese of Camden, NJ, threatened its players with suspension should any athletes under its jurisdiction join the coaches and players of local public schools in protesting. Diocesan superintendent Mary P. Boyle wrote:

“It is expected that our administration and coaches as well as our athletes will show respect during prayer, pledges and the playing or singing of the National Anthem. The best approach is helping our young people understand that blood was sacrificed so that we all can enjoy the gifts of our faith and our country…We are not public institutions and free speech in all of its demonstrations, including protests is not a guaranteed right.”

The cognitive dissonance in this situation was startling: public school students may use their right of free speech to protest, but Christian school students may not? Add to this dissonance: many of the Catholics who objected to these protests as anti-patriotic were quick to protest the Affordable Care Act, on the grounds of freedom of conscience.

Treating protest as un-patriotic is especially bizarre given that protest has a special role in American history. One could even say that the United States was founded on protest. Those who decry Black Lives Matter for unruliness would do well to recall the original American protest, when irate colonists senselessly destroyed forty-five tons of tea, legal property of the East India Company. Anyone who has a problem with racial justice protesters for damaging property should be just as appalled by this.

But apparently not all protests are seen as equal: the right to protest is a dimension of white privilege. The Boston Tea Party may be recast romantically, in popular history books, as a struggle against the oppressor by the oppressed, but really it was a struggle between two factions in a ruling class. Not every white settler in the Americas was enthusiastic about warring for independence from Britain; this was largely a rich man’s game. And of course neither the native peoples who were being colonized, nor the African slaves of the colonists, had a place in that struggle for dominance. Or, let me rephrase: they had a place as scapegoat. As every child’s picture book of American history details, the colonists disguised themselves as “Indians,” hoping to throw the blame on Native persons, the colonized.

It is significant that at the same time that Kaepernick’s protest was becoming national news, another protest was also going on, as members of the Standing Rock Sioux reservation came together to protect their land and water sources from the Dakota Access pipeline. The Native protesters were joined by many others, including members of Black Lives Matter. In retaliation, Homeland Security forcibly removed the protesters’ water tanks, and private security attacked protesters with dogs and pepper spray. Images of these attacks hauntingly reflect our long and shameful legacy of violence towards native peoples, and disregard for their sacred lands. And this kind of violence against protesters, on the part of police and government forces, has now become mainstream. Activists step out onto the streets knowing they need to prepare to defend themselves from violence. What is happening now is the kind of thing we always pointed to as a hallmark of authoritarianism in police states, while we congratulated ourselves on our freedom.

And what is happening now has happened before. It has happened here. But since it happened to people who were not white, were not citizens, the nation pretended it didn’t matter. The nation pretended that the atrocities of history were always happening somewhere else. The official line, here in the United States, is that we are so much better than those other countries. And it’s a line that is easily sold—to those of us who have enough white privilege to buy it.

Once upon a time, Catholics were viewed with suspicion in the United States because of the fear that we would owe our allegiance to the Vatican rather than to the Constitution. While there was always some validity to this concern, it ought at least to have highlighted this reality: that in Catholic morality, allegiance to one’s state can never be a priori. Nationalism should never be acceptable to a Catholic, yet in the previous century, as well as today, too often Catholics were willing to ally themselves with nationalists for the sake of power, in a stark rejection of the example and teachings of Jesus in the Gospels.

Right-wing Catholics in the United States who oppose protests on behalf of racial justice are being doubly hypocritical, rejecting both the social teachings of the church and the natural rights secured by the Constitution. The singular motivating factor behind this hypocrisy is obviously the sin of racism. Catholics are supposed to believe that sins should be confessed and that sinners should do penance, yet the sin of racism is, apparently, the one that one can never admit.

And as a final sad irony: the Catholics who are more offended by the burning of a flag than by the shooting of an unarmed Black woman in her own home dare to call themselves pro-life.