Going off to College and Losing Faith 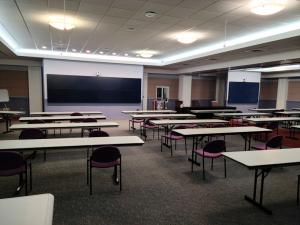 It has almost become a trope among Christians that sending your kids off to college will cause them to abandon the faith. And this isn’t entirely untrue. Research done in 2020 by the researchers Łysiak, Zarzycka, Puchalska-Wasyl suggests that social ties have a lot to do with either religious fidelity or deconversion in youth. Meaning that youth who have strong ties to family and religious peers are far less likely to deconvert than those whose ties to family and church are weaker.

There is a risk/reward factor here that a youth has to weigh out:

If the youth chooses to challenge their childhood notions of religion, they risk, as the researchers put it, “Transcendental Emptiness,” meaning that the sense of purpose or value provided by religion is gone. However, if they challenge the establishment – in this case, religion – they are rewarded by peer support – meaning that teenagers and young adults, as a general rule, appreciate and support a peer who challenges authority.

When transitioning to college, a young person is usually moving away from family and religious friends, and gradually become part of peer groups who do not share the religious background or the values which helped to reenforce their beliefs and standards. Since the move to college usually happens while the person is still a teenager, they are still in the period of life where their identity tends to mirror their peer group.

However, this same effect may be seen in religious education.

Work done by J.M. Nagle (2017) notes that deconversion rates from religious colleges is still higher than people who never leave home and attend university. Even within a Bible College, Nagle notes, individuals are exposed to a variety of new ideas and theological perspectives. The wider the range of ideas a person entertains, the more problematic the idea of “exclusivism” becomes. Meaning that this idea that only those people who hold to a strict set of beliefs will be let into heaven begins to seem offensive.

Another interesting effect of religious education is that it makes the student begin to value truth-seeking over mere loyalty. Religious individuals tend to remain within their religious system and trust the word of their religious leaders because they value loyalty. But when the importance of truth-seeking is placed higher than loyalty, students will become more comfortable challenging ideas and authorities who are not making sense of new ideas. They become more comfortable with discarding old ideas for new ones, so long as the new ones do a better job of making sense of the world.

Lawrence Kohlberg was a psychologist in the mid-20th century who will forever go down for his revolutionary creation of a model for how people gradually develop and mature in understanding morality.

He suggested 6 stages of moral development which run roughly like this:

As one would expect, a person’s location along these stages generally depends upon that person’s age and level of maturity – with most individuals having reached stage 5 by the end of High School (at least, in the 1950s when Kohlberg did his research).

Why are we talking about Kohlberg’s model in relationship to deconversion? Because in the early 1970s, Kohlberg encountered an unexpected and intriguing phenomenon: when a teenager left home for college, he or she often “regressed” from stage 5 reasoning to a sort of moral relativism – similar to stage 2. Keeping in mind that the transition to college frequently means exiting the home, cutting ties with childhood or high school friends, breaking off relations with current girl or boyfriends, and removing oneself from one’s local faith community, this idea of “right and wrong are what everyone agrees upon” is challenged by the fact that one enters a situation in which there is more disagreement than agreement. Bombarded with novel ideas and perspectives, the person has to revert to a much more primitive way of reasoning: that “Right” is whatever gets everyone what they want.

Similar to the work of Nagle, above, it no longer seems correct that there can be only one “Right” when everyone around has such dissimilar desires, needs, and values. When one’s religion is essentially the Social Contract which grounded values, an encounter with society outside of that contract makes the contract itself obsolete.

There are a number of reasons why the transition to college has a weakening effect on one’s religious loyalty. One of these reasons was mentioned in a previous article: that distance from one’s faith community combined with adoption into communities which are not faith-based removes some of the pressures a person feels not to question his or her beliefs. No longer does the sense of loyalty keep a person from asking those questions, and no longer is there a community to reinforce those values over objections.

But as we have demonstrated in this article, adolescent and young adult peers tend to applaud anyone who challenges establishments or authority structures, making this a tempting behavior. Education, including religious education, values truth-seeking over authority. Exposure to new ideas makes exclusivism unattractive. And when one is outside that the community upon which one’s moral values are grounded, relativity seems like a much more practical grounding for values. 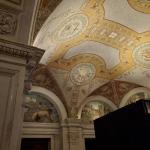 October 24, 2022
Testify! The Religious Testimony Versus the Deconversion Story
Next Post