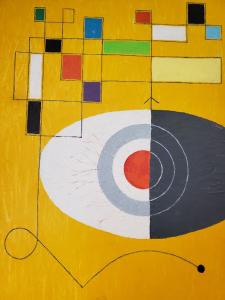 WHAT IS RELIGIOUS TRAUMA SYNDROME?

There is a phenomenon known as “Religious Trauma Syndrome” (RTS) which I sometimes hear about when I listen to deconverts talking about their experiences with one another.

Those who speak out about their RTS describe it as a chronic mental illness said to be a combination of religious abuse and the trauma of leaving one’s religious environment.

All of my knowledge of RTS has come from listening to discussions about it held by individuals who are mutual religious exiters. There exists extensive material exploring and defining RTS, none of which I have interacted with as of yet.

In another article, I have discussed the “Deconversion Crisis.” This describes the period of time when a person has definitely left religion behind and must suffer with the identity crisis that follows no longer being religious. The person must struggle to form a new identity for him or herself, and struggle with the pushback and eventual loss of the friends and family associated with his or her former religion. The repercussions of this are often permanent.

Many deconverts actually worked in ministry, and lose their income as a result, struggling with finding a new job in addition to finding a new identity and community.

This can have lasting traumatic affects which may, in part, explain RTS.

What discussion I have heard about RTS seems to relate to isolationism and performance control. Meaning that individuals are discouraged from interacting with “the world,” which restricts their ability to experiment with drugs, meet new people, and engage with entertainment which is not, itself, religious.

Performance control refers to those religious environments wherein individuals are expected to conform to a specific set of religious rules which restricts their freedom in terms of dress, sex, language, and so forth.

There are two things I can say from my research and professional background.

The first is that phenomenological interviews suggest that there is a shift in one’s life narrative that accompanies one’s exit from religion.

Meaning that, while the person might have been content or accepting during the period in which they were religious, once they exit the religion, they are compelled by their new perspective to reinterpret their religious experience in light of their current unbelief.

While religious, an individual might be, for instance, entirely certain they are feeling the spirit fall upon them and give them a divine experience. However, after exiting, they must necessarily re-interpret that experience to explain it some other way.

What was acceptable before because of their religious perspective becomes unacceptable and traumatic in retrospect.

Worse still, the person is forced to explain how it is that they ever believed what they now find to be unbelievable or ridiculous. Frequently, they conclude that it was a result of indoctrination or brainwashing, and they cast the religious community as liars and villains who forced them to believe the absurd.

In discussions of RTS, frequently the person will talk about habits which have been imprinted on his or her behavior which are difficult to undo, and are associated with feelings of guilt. For instance, one RTS therapist talks about how, when she was religious, she felt compelled to pray about every decision, whether trivial or significant, before committing to it. This habit is hard to shake, even though she now knows that there is no one to pray to.

While deconverts will frequently feel free to do things like use curse words or engage in recreational sex, the guilt they were once forced to feel related to these things consequently feels like abuse in retrospect.

Worse still if this person belongs to a category seen as deviant by their former religion – such as a divorcee or a homosexual – because the specific behavior or identity they hold was a source of guilt while religious.

While “spiritual abuse” can be somewhat subjective, there are very specific categories of abuse recognized by social services and psychology. These would include ongoing verbal insults, manipulation, and discouragement (verbal or emotional abuse), physical assault resulting in injury (physical abuse), and sexual assault wherein the person is penetrated without his or her consent (sexual abuse). All three can and do happen within religious contexts.

In fact, people who are prone to these kinds of abuse are drawn to positions wherein they have power or authority over their victims, and religious institutions offer convenient platforms from which one may have power over others, and frequently be protected from the consequences of their behavior by the institution itself.

Whether religion encourages or merely attracts abuse is a subject of debate, but the fact remains that abuse does occur within religious environments, and religious exiters are known to report being abused.

It goes without saying that abuse is traumatizing, and can have life-long emotional effects, and if the abuse came from a person representing religious authority and/or within a religious environment, the trauma can and does transfer to religion in general.

To illustrate this, imagine a person suffers a bad breakup or divorce (perhaps as a result of abuse within the relationship). Their significant other who, at some point during the dating or early marriage, was a rewarding aspect of his or her life, has now become unpleasant and aversive.

Now, when the individual drives past their favorite restaurant, or hears a favorite song on the radio, these become unpleasant stimuli that evoke an emotional response.

The exit from religion is similar to this bad breakup. It is at least possible that it is the association one has formed with these memories to the unpleasantness of the exiting experience which has made the experiences traumatic in retrospect.

A MATTER OF MORALITY

The real question when it comes to RTS is the acceptability of those expectations they were given while religious. They were not, for instance, supposed to engage in sex until married. Was this compulsion to abstinence immoral and therefore abusive?

The church openly scolded them for smoking as an adult. This act of scolding: was it unethical or abusive?

A woman wants to minister, but the church does not allow her to preach because of certain religious convictions in the church. Were this woman’s freedoms and rights being violated because of this restriction?

All of these questions are raised when these are defined as instances of abuse post-hoc.

From an analytical perspective, the morality ceases to be the question. The only thing analysis can do is to note the effects these things have upon the behavior or cognitive states of the individual.

However, when discussed by deconverts, these questions of morality are central to discussions of RTS.

THE DIFFICULTY WITH STUDYING RTS

One must not discount RTS without further inspection, however the difficulty associated with this is that most of the books and papers about RTS are written by deconverts. The therapists who specialize in RTS are, themselves, deconverts.

There are, however, exceptions. In my research, I had the privilege of speaking to a therapist specializing in Religious Trauma Syndrome without, herself, being a sufferer of RTS. In speaking to the insightful and talented Anna Rose Kitko about her therapeutic work with Religious Trauma Syndrome, one of the productive things to come out of the conversation is something I have been searching for for a while: a solid definition for deconversion.

The key came in thinking about it in Behaviorist terms.
Deconversion is the removal of any form of religious reinforcement without replacing it with a different reinforcer that serves the same function.
Consider: if a person moves from Catholicism to Eastern Orthodoxy, or from Islam to Christianity, the community, practices, and dogmas may differ, but they still exist in some form. The person has replaced one reinforcer for another.
However, when a person transitions out of religion, this is total extinction: they are moving from an environment which provided certain reinforcers to an environment which provides no topologically equivalent replacement.

This is possibly something I may explore in further depth in the future. RTS is a feature that follows the deconversion experience itself, it is not something that features heavily into my modeling of deconversion. However, if I at any point adopt Grooden’s approach of a “career” of deconversion (meaning that deconversion is a process which continues to occur long after the person exits the church), it will be an important phenomenon to look at. 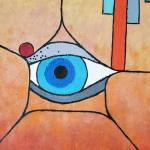