The Ghost in the Family Room

The Ghost in the Family Room October 3, 2012 Guest Contributor

I can tell you without blinking an eye that we had a ghost in what we called, “The New Room,” the latest addition to our house — a family room. It started with my sisters in High School reporting that they felt they were being watched, not by someone through a window, but right next to them. As I grew older I also had this sense. In fact, this presence would grow so strong, when I spent any time in there, that I had to stop whatever I was doing and quickly leave.  I was afraid it would appear.

We didn’t call the ghost “Casper,” but it was friendly. Many times when either my little sister or I would be feeling sad and put on some music to comfort us, the presence would also become sad, and try to reach out to comfort us as well. But it also had an attitude. It liked certain music more than others, and would let us know what it liked and didn’t like. For instance, it liked “Tuesday Afternoon” by the Moody Blues, and it hated “Wild Thing” by the Troggs.  We could literally feel agitation growing in the room every time we listened to “Wild Thing.” One day we sat next to the stereo, listening to “Wild Thing” on an old 45, while Tuesday Afternoon” sat above, cued to drop down and play next.  Right in front of our eyes, in the middle of the song, the phonograph needle slid across the record. “Wild Thing” lifted off the machine and flew across the room, smashing on the fireplace. “Tuesday Afternoon,” which had gently floated upward to make room for “Wild Thing”’s sudden exit, slid down into place, the needle came over and set gently onto the record, and “Tuesday Afternoon” started playing. We screamed and ran out of the room.

As I grew into a teen I leaned how to play electric guitar, and had an enormous guitar amplify placed in that room. There was a hallway and two doors between that room and the rest of the house, so it buffered the deafening sound from the rest of the house when I went into that room and cranked up the guitar to deafening levels. Once, as I told my mother I was going into the New Room to play guitar, she admonished me not to play too loudly, because the neighbors had complained. As a teen is prone to do. I nodded, headed down the hall toward the New Room, closed both doors and cranked the guitar up as loud, if not louder than usual.  I stood in the middle of the room facing the door with a big smile on my face, knowing Mom would be in there any second telling me to turn it down. Yup, as I watched, the door handle turned, the door flew open, and nobody was there.  In fact, the door on the other side of the hall was still closed! My smile disappeared, and so did I, guitar left on the floor, and me in the kitchen frantically telling my mother what had happened. This happened more than once, and to several people.

A lot happened in there. Records flew across the room, doors opened and closed mysteriously, things fell from the wall, furniture moved, and as a teen, as my girlfriend and I watched television in that room, I glanced up and saw a man standing in the doorway once, in a red shirt, with no face. That made an impression on me. Hair really does stand up on it’s end when you are suddenly scared. We followed the normal pattern — exited the premises as quickly as possible! Dozens of friends also experienced the ghost, and one college student studied and wrote their senior thesis about it. As I moved out of the house to start my adult life, I put it in the back of my memory, and literally and figuratively moved on.

Decades later, it all came back to me after a series of brushes with death — an emergency landing at JFK, minus a tire and much of the hydraulic system, and my youngest son being hit by a bus and thrown 48 feet in Philadelphia while my wife and I were half way around the world in South Africa. It turns out, except for a concussion and a few bruises, he was fine. The doctors called it a miracle, but it left me an emotional wreck. As I tried to recover, an incredible series of “coincidences” began, with such purpose and profound meaning, as if I was being led to something important. I was not only led to revisit the entire “ghost in the new room” experience, but was also led to a family “secret” which not only explained just what that ghost may have been, but also brought incredible healing to our family. But what exactly happened, and why, and the adventure along the way, well, you’ll have to read the book to find out. 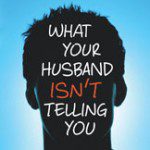 October 2, 2012
What Your Husband Isn't Telling You
Next Post 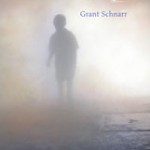 October 8, 2012 Do Guardian Angels Protect Me?
Recent Comments
2,454 Comments | Leave a Comment
Browse Our Archives
get the latest updates from
Take and Read
and the Patheos
Entertainment
Channel
POPULAR AT PATHEOS Entertainment
1