Hungering for the Real Deal: A Review of The Intentional Christian Community Handbook

Editorial people create book titles that flirt with readers. They want us to pick it up, flip through and find it hard to put down. They want us to click into our cart and proceed to check out. This title won’t do that; it just doesn’t have much of a beat to dance to, overlooks most of our felt needs and doesn’t prescribe shallow remedies for why we don’t feel good about ourselves. The editorial people didn’t even want the author as a first choice to write it. The guy they approached said he couldn’t do it but they should go after this other guy – David Janzen. They got the right guy with the right feel for The Intentional Christian Community Handbook. The subtitle, “For Idealists, Hypocrites, and Wannabe Disciples of Jesus,” sells it and describes all of us in the process.

David writes of a movement of house churches and other variations of intentional groupings of Christians often gathered under the rubric of “The New Monasticism” with Shane Claiborne being one of its visible spokespersons. He’s not the first; Howard Snyder wrote some good things for InterVarsity Press awhile back but he doesn’t have the backlog of trench experience that David Janzen brings to this. It’s a book both for people who seriously want to explore this and for people who want to explore how serious they are about following Jesus Christ in general. Many who start reading will finish this book even if they are tempted to put it down because it bristles with good, applicable stories (no syrup), crackles with fresh biblical thinking and purrs with good writing. It’s an aesthetic pleasure to read while he’s bugging the snot out of me.

We in the larger church and culture often dismiss intentional Christian communities as Hippie wannabes dodging modern responsibility for nostalgic days they didn’t really live through but still fantasize over. Nothing could be farther from the truth. Wannabes wilt pretty quickly; Janzen briefly describes one fading and vanishing overnight. This “how to” describes people who want to take living Christianly to another level, not by looking for something trendy or new, but by reaching back for the biblical and good often lost in modern configurations of Christianity that may both obscure or misrepresent Jesus Christ in the eyes of people who need Him. They actually pop up in a number of forms which David helpfully lays out in a well done table on page 40-41 and I’m glad to see my friends in college campus ministry included. These groups are neither new nor are they going away anytime soon. In fact, they spring out of the ground like mushrooms (See “Wellsprings of Renewal” by Donald Bloesch) as prophetic plumb lines to the church. You know how everyone bristles when the pastor preaches on the rich, young ruler who was told to give up everything? (Matt.19:16-30) “Well, Jesus didn’t tell everyone to live like that!” He didn’t but just the desire of these groups to imperfectly, with much sin and failure, lay their clay in the hands of Jesus Christ and in the lives of suffering and needy people shines a light that may be inadvertently unflattering on our lives.

Chapter 2, “The Landscape of Disintegrating Community and Our Longing for It”, lays bare a desperate need of culture, a heart cry of the image of God in every human being and the genius of church when we get it the way God intended. Loneliness doesn’t fit us. We yearn to belong, I mean really belong. When the Body of Christ does this well, we’re better than cookies right out of the oven. When we don’t, the failure is huge, beyond imagination. We live in a time of unparalleled fractured relationships. Rampant narcissism taints every corner of our lives and we’re largely unaware of it. On this website, I read a blog titled “Missing My Megachurch”. In it, a young woman leaving her Christian faith laments the loss of things she found in her evangelical megachurch she’s not recovered since leaving. They include a complete array of spiritual goods and services under one roof (read convenience), being surrounded by a large throng of people, sensing we’re part of this and yet nobody ever butts into our life to ask why we weren’t at church yesterday because nobody really knows us. And since we’re completely unknown, the best part is that the pastor doesn’t know us either so we don’t have him controlling us. She wants the fruits and frosting of community without having her self-centeredness shaken or stirred. She is on a sad, empty and lonely quest which will not change should she surround herself with a million people. Intentional communities hunger for the real deal and are willing to pay the price as they understand it. In chapter 2, he dwells a lot on our use of the automobile as something alienating us. I would like to see him say more about technology, especially the rise of television as we can’t blame everything on social media. The roots go back father than that.

Chapter 3, “Contours of Resistance to Community”, stands as the most thoughtful chapter as the ten things he discusses could well be a separate book (One he should be first choice to write). These things don’t just keep people from communal living, they unconsciously undermine everything biblical and beautiful about what the Body of Christ should be about anywhere it’s found.

The book drips of humility and grace yet grace with a strong spine. Communal living outside the grace of God always breeds worms and stinks, allowing no room for the reality of sin (See Virginia Stem Owens in “The Assault On Eden”. Intense and heartbreaking. And one of the tenderest accounts of Jesus drawing someone to Himself in print.) Accountability at all levels over all things is the pulse of this life and the book gives many check points for evaluating our Christian life whether we embrace this walk or not. And David speaks clearly that this walk isn’t for everyone, that they are both respectful of and submissive to the church at large – but subversively (prophetically) so. And yet it is a strong spine with discs of grace and mercy. Anne Gavitt, on page 100, writes a poem for those who have served for awhile and now decide to make a deep commitment to the group. No spoilers; you’ll need to get the book. Wouldn’t it be something if our churches could say this, not because of wishful thinking or self-deception, but because it’s true?

The hands of people who tell their stories will reach out and pull at us. We will want some of what this smells like somewhere somehow. Only Jesus knows and who else knows where it might lead? 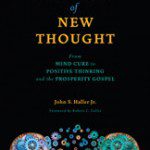 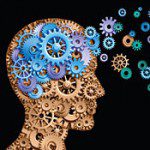 November 9, 2012 The Power of the Mind in an Interdependent Universe
Recent Comments
2,202 Comments | Leave a Comment
Browse Our Archives
Related posts from Take and Read

Against Christian Nationalism
Review of Paul Miller's "The Religion of American Greatness: What's Wrong With...
view all Entertainment blogs
What Are Your Thoughts?leave a comment