Fill Your Cup: A Review of Holy Nomad

Matt Litton didn’t intend this but Holy Nomad: The Rugged Road to Joy resembles a deep dish pizza with everything on it. Even after you pick off what you don’t like, what’s left is still pretty good. By that, I mean that the book speaks to spiritual toddlers as well as to the marathoners among us. But the book’s style follows the line of pilgrimage or journey Litton strives to draw out. So it’s easy to start out through the earlier chapters, breezing through the narrative. Matt tells good stories, often displaying his own foibles and weakness. Beginners and young in the faith as well as those returning to it will not only enjoy him but feel a friend, one who comes along side. An editor once told me to always write with an empty coffee cup at my side to remind me of that one person late at night at my kitchen table; write to that person. Matt Litton talks to that person. Some of the more seasoned in the faith may find this a little light and be tempted to pull aside but that would be a mistake.

The subtitle hooked me and will probably do so for others more than the main title. Matt waves the “joy” flag under the nose of a culture that claims to want to be “happy”. “Happy” and “Joy” aren’t the same thing. “Happy” is fleeting, tied to circumstances, emotions and often gross misperception of need versus want fueled by a robust, unrestrained self-centeredness. “Joy” taps into something deeper, foundational to our human fabric. It has no ties to externals and actually often flourishes in harsh circumstances and in conditions of personal hardship and suffering. “Joy” hooks us because those three little letters whisper into the core of who we are (theologically, the image of God) to start us yearning for the One we were made to know Who breathes that joy into all He does. “Joy” speaks to deep;”happy” wades the shallows.

But even as “joy” speaks to deep things that satisfy, we look to score as much of it as we can at Wal-Mart. North Americans want the best at the lowest cost and a minute’s walk through most Christian book stores or the religious sections of larger brick and mortar sellers (while they both still are with us) show how much wanting depth cheaply and conveniently infests popular spirituality. The way to joy leads down a “rugged road”. We cannot microwave deep, vibrant walks with God. Here Matt Litton engaged me. Where Matt discusses the place of imagination, I might use the word “vision”. Probably nothing more than semantics but I find that the narcissistic laziness of our culture melts down imagination (or vision) into fantasizing. We see the heights, picture ourselves there but do no more than pout over our refusal to begin climbing. As a hiker, I love “rugged roads”. Pushing down the trail often thins the breath and pushes muscles to new levels. Sometimes you just have to stop and suck all the air you can. But an ambush of exhilaration (read joy) lies waiting to be tripped by the next step, around the next curve or over the next ridge.

In chapter 7, Matt throws out some of the things that intimidate us from going deeper in this life with Christ that brings joy. In describing “resistance”, he rang my bell. He describes his struggle in beginning to write what would be his first book. Our experiences matched up. As I began to scribble, I went to bookstores and thought,” With all these here, why do we need my scratching added to the pile?” Some of this is caustic self-talk. Some of it comes from the same enemy who dogged the steps of Jesus Himself – the slanderer, the destroyer, the Evil One. Richard Lovelace, in his classic “the Dynamics of the Spiritual Life”, said, “Hell is a conspiracy and the first rule of a conspiracy is that it remain invisible.” Resistance is real on the rugged road; so is fear – the freeze-you-in-your-tracks, stall-you-in-your-seat sister who also have twin cousins name distraction and preoccupation. Matt, as you revise future editions or speak on these things, I’d like to see what you might think about them.

Anything lost or given up to pursue the way of Matt’s Holy Nomad won’t be missed (See Paul in Philippians 3:4-8.). Illustrating with great pictures, he describes the people as those who “glitter through the rust, and run with crutches…” (p.82) They don’t play spiritual solitaire and on page 113, he lists an insightful damage report as to what happens when our egos tell us we don’t need anyone else. In over three decades of pastoring, I’ve never known a spiritually healthy Christian who played the loner. In this journey where no one can go it alone, the ones Jesus chooses to tag along with us wouldn’t always be our choice and that’s by design. He lays this out in “Misfits and Travel Partners” in Chapter 15 (I would have inserted Malcontents after Misfits. Oh, well. It’s Matt’s book.) As one whose church includes at one time or another a 450-pound mooner, a guy walking the aisle at the end of most services who can’t keep his pants up, an elderly cancer patient in the back row holding a bowl in case she vomits during a service, a worship team often made up of one or more special needs persons, an usher doing a Michael Jackson moonwalk across the sanctuary right before a service, a woman who has dressed in Goth for over fifty years and Cambodians who survived the killing fields of Pol Pot, I get this and agree.

He avoids two serious pitfalls of writers on the spiritual life. Matt Litton doesn’t make joy the goal; it was never intended to be. If so, then it’s just another substitute for “happy” in a different wrapper. Joy emanates from a person. Most people in ministry of any kind will say that they were drawn into it by joy, often a major dose like a joy needle to the center of their brain. It can be addicting in the most literal sense reducing us to spiritual junkies instead of holy nomads. Joy is one manifestation of the moving of the Holy Spirit, especially in His most unfettered moments in escorting us deeper into the life and ways of Jesus Christ. He is the goal of the journey on the rugged road to joy. The best thing about this is that the Goal walks along with us on the way while we’re working on arriving.

The second serious pitfall that Matt avoids is bypassing or ignoring the reality of sin. The real spirituality of America is Self however you want to describe or wrap it. The idea of sin may not be popular or even disbelieved but so what? People don’t believe they have cancer but what effect does that have on the cancer? The cancer just keeps doing what cancer does – so with sin. Even as we taste these things and they begin to entice us to a different and freeing life, we can blow it all up. But even in the wake of that sadness, we can never shock Jesus to where He will not love us.

The chapters are brief, yet pithy and thought provoking. Stories abound. One little stylistic thing though. I don’t want to hear the word “nomad” again for about six months. I know it ties in with the title but the repetitiveness of the word starts to bog down the reading and maybe even threatens the developing of a nervous twitch. On any rewrite, a thesaurus, please.

Matt Litton hasn’t just written a book for others but approaches his readers as if to pull this guide out of his back pocket that he’s still using knowing that the Lord who calls us to joy and Himself walks alongside. Good stuff and good times on the road ahead.

Visit the Patheos Book Club to read an excerpt – and more features – from Holy Nomad! 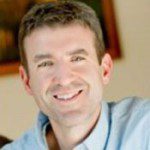 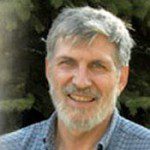 November 2, 2012 A How-To for Intentional Christian Community: A Q&A with David Janzen
Recent Comments
2,461 Comments | Leave a Comment
Browse Our Archives
get the latest from
Take and Read
Sign up for our newsletter
POPULAR AT PATHEOS Entertainment
1

Jesse Leach of KILLSWITCH ENGAGE on...
No-Prize From God with Ryan J. Downey
Related posts from Take and Read

Entertainment
From Newark to the Throne Room
{Take & Read}