A Recipe for Joy: A Q&A with Robin Davis 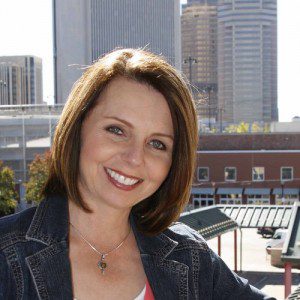 This month at the Patheos Book Club, we’re featuring the new book Recipe for Joy: A Stepmom’s Story of Finding Faith, Falling in Love, and Feeding a Family by Robin Davis. It’s a lovely, honest and inspiring memoir of one woman’s faith journey toward love and trust in God’s beckonings … and it has recipes too!

Robin took some time out from her full-time job as a food writer for the Columbus Dispatch newspaper to answer a few questions for us about her book and her spiritual journey. We also shared some conversation via Skype last week, and that video interview appears at the end of this post.

From a single, independent food critic living in San Francisco, to a new wife, stepmother and family cook in Ohio … what surprises you most about the journey you share with us in your new book?

Two things surprised me about the journey I share in Recipe For Joy.

First, I was baffled about how long it took me to adjust to and eventually thrive in this blended family. I wish I had known that experts say a blended family can take 3 to 5 years to click. It would have taken off some of the pressure I felt about being a perfect parent.

The other thing that surprised me about this journey was how important my faith would become. When I moved back to Ohio in 2002, I wouldn’t have said I was on a faith journey. I might have called it a personal journey, but I wouldn’t have mentioned faith or God.

The biggest change in my life – bigger even than getting married and becoming a stepmother – was letting God back in. It was like opening the shades of a darkened room and letting in the light. It changed everything.

You say you began to feel “a deep calling” within you, after you met your husband-to-be Ken, to be a wife and a mother … but it wasn’t a call you were familiar with and it certainly wasn’t aligned with what you thought you wanted for your life. What was different about the nature of this “call,” and how did you sort out its meaning for your life?

The calling to marry Ken was different from other changes I made in my life because it didn’t come with a plan. In fact, it was kind of the opposite of a plan.

With every other change I had made in my life from moving to California to going to cooking school, I set up a detailed plan on how I was going to make it succeed. Marrying Ken and becoming a stepmother came with none of that. The cynical voice, the scared voice inside me kept saying, “How are you going to be a good mother to these three kids? You can’t do it!” But this other voice, this calm, sure voice that I believe was God in my heart kept saying, “I believe in you.”

I think that was God’s ultimate lesson for me: Trust him.

Your adult relationship with God started off as whispered prayers for help (“Please, please, please” being one of the more common ones). How did your whispers gradually turned into the “real, focused prayers” you ultimately came to practice?

My prayers, even the painful, pleading prayers after my father died, started as a list of my needs and wants from God. The prayers changed over time and continue to change. I try to do prayers of gratitude, especially when I’m feeling down, to thank God for all the blessings in my life. When I start looking at my life from that point of view, I find so much joy. And I also try to listen. Praying shouldn’t be a one way conversation. I’ve started trying to have moments of silence to open myself to what God wants to say to me.

What was it about the Catholic Church that drew you back into the faith, even as you struggled with some of the Church’s positions on certain issues, such as womens’ roles and sexuality?

Like many people, when I thought about the Catholic church, I focused on the negatives, such as the sex abuse scandal. But that wasn’t the whole picture.  It is an awful part of the picture for sure, but not the only thing that could be considered.

I loved the sense of community that came with the church, the idea that when I participated in Mass, millions of others would be taking part in the same celebration, the same way all over the world.

I also loved the sacramental life. I’m fed, body and soul, from the table of Jesus during the Eucharist. It’s a real, tangible thing. Saying my sins to another person during reconciliation releases me from them and gives me in their place forgiveness and peace.

You say the kitchen had always been your sanctuary, a place you went when you were sad, or happy, or didn’t know what else to do.  What happened in that kitchen for you on those occasions?  Is cooking a spiritual practice for you?

Cooking is both creative and routine. Sometimes when I go in the kitchen, I’m free and happy. I experiment with something new, try something different.

Other times, I go to the kitchen for consolation or to find peace. I know that all the things I’ve learned about cooking will always work. No matter if I’m stressed or grieving, if I heat a pan, drizzle in some olive oil, then throw in chicken breasts or pork chops, I know they’re going to brown. If I add a little wine or broth, I know I’m going to stir up all those browned bits in the bottom of the skillet. And if I throw a knob of butter in the pan at the end, the sauce will turn luxuriously silky every time.

Cooking is a spiritual, meditative experience for me, much like prayer. And when the cooking is done, sharing the food with others becomes another aspect of the tasks’ holy properties.

Having never been a mother, let alone a stepmother, your passion for food proved to be your “way in” with your family.  How so?

I didn’t know anything about being a 10-year-old boy and remembered very little about being an 8-year-old girl like my stepchildren were when I first met them. But I knew they ate so I used food as the common ground. It became almost like a game: What were their favorite dishes? What other foods are similar to their favorites that might expand their palates?

There are so many stories of food and feasting in the Bible … from Jesus grilling fish for his disciples on the beach, to a wedding feast with much wine, to the very intimate Last Supper.  What do you think God teaches us through the preparing and sharing of a meal?

Jesus fed people right up until his death – and he continues to feed us at the Eucharist.

I think part of the reason for so much food in the Bible goes back to my answer on the previous question: Everybody eats. Everybody gets the real physical meaning of being fed. Of course, Jesus was also teaching us about the deeper hunger of our souls and about feeding that hunger with his love. And finally, Jesus’ lesson went back to his command to us to take care of one another, to love one another. One of the most basic ways to care for another is to feed them.

You say, for your new family, dinner was always about more than food. Can you say more about that?

The dinner table became this great place for our family to gather, and it really didn’t matter if we were having grilled cheese sandwiches or roasted tomato risotto. We would share the best parts and worst parts of our day in a game called “high/low.” It gave Ken and I insight into what the children were experiencing when they weren’t with us. We were also often very silly at the dinner table; there was often a lot of laughter.

I don’t have one favorite meal to cook or eat. It depends on the season, my mood and how much time I have. My family likes a grilled marinated flatiron steak I make – but the marinade changes every time I make it. They’re also fans of a salad of greens, goat cheese and apples (similar to the recipe in Recipe For Joy), but again, the dressing and even the salad ingredients change every time.

What was the hardest part about writing this book?  What came easiest?

The hardest part was the actual writing. Writing long form is the complete opposite of what I do on a daily basis at the newspaper where space is a premium and a 1,000 word story better have a good reason for being that long. Recipe For Joy is almost 50,000 words.

Once Loyola Press contracted me to write the book, I had about six months to complete it. And I was still working full-time, so it took discipline. I forced myself to write for at least two hours almost every single night after dinner and to spend at least one of the weekend days writing, too.

The easiest part was adding my faith. In the initial proposal, before I had a publisher, I touched on my faith, but kept it on the sidelines. My agent suggested I write a second version of the proposal where I gave faith a prominent role. The way the faith flowed into the story made me know that was how the book had to be written. And it also gave me the wake-up call about my faith: It is the main course to my life, and I need to live accordingly.

Who do you hope reads this book, and what is your biggest hope for Recipe for Joy?

I wrote the book for anyone going through life’s struggles, especially those particular challenges that come in family life. I want the book to be a sign of hope for whoever reads it that, no matter what you’re going through, your faith – whatever it is – can sustain you through God’s love and the love of the people around you.

For more conversation on Recipe for Joy, check out the Patheos Book Club here.

And here is my Skype interview with Robin Davis: 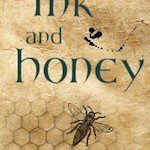 April 16, 2013 More or Less: A Fresh Approach to a Familiar Topic
Browse Our Archives
get the latest from
Take and Read
Sign up for our newsletter
POPULAR AT PATHEOS Entertainment
1