The Secrets of Leaven: A Q&A with Author Todd Wynward 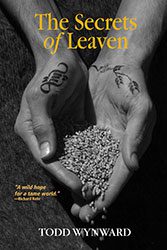 In his new novel The Secrets of Leaven, author, educator and wilderness guide Todd Wynward serves up a delicious mystery set in Guatemala and the Middle East as the lively backdrop for exploring deep questions about Christianity and the Way of Jesus. The main characater is a cynical young seminarian who is catapulted into a new reality when he encounters the Society of Leaven, an ancient sect of Jesus-loving radicals who’ve been subverting Empire and making holy mischief for two thousand years.

Richard Rohr has called the book “a spiritual roller-coaster that skewers everything we think we know about organized religion, social change, and human potential.” (Download the first 50 pages at the Patheos Book Club here.) Wynward describes his book as “edgy theology wrapped in a page-turning mystery.” We caught up with Todd Wynward at his home in Taos, NM this week, to ask him a few questions about his book.

What inspired you to write The Secrets of Leaven?

Wow. Where to start? Lots of things inspired me: Learning of my haunting ancestor [see below]. My own experiences of grace, struggle, forgiveness and illumination. Reading about the archaeological discoveries of the Ossuary of James, as well as the Cave of John the Baptist. When I heard of these discoveries, my imagination caught fire: what would an underground group of desert-tested holy radicals look like today? What hope could they give a weary world?

You’ve chosen the genre of fiction to explore some deep theological themes. I’m thinking of Dan Brown’s hugely popular DaVinci Code, and even Christian scholar Marcus Borg’s recent fiction book, Putting Away Childish Things, which both also used the novel to explore Christian themes. What is it about fiction that drew you as a writer?

Fiction isn’t threatening. Fiction presents a story, and lets the reader decide what resonates deep in the soul, what is memorable, what is important. If I disagree with something said in a novel, I can keep reading because, hey, it’s just a story. Theological books or political essays are always trying to convince the reader of something through persuasive logic, and many people will stop reading early on if they disagree. Fiction is sneaky that way—it can present something and let the reader sit with a new perspective, without needing to agree or disagree right away.

You used to wear a tie, focus on strategic school planning, and lead curriculum workshops for other educators. You are the founder of two public charter schools and you’ve worked for 20 years in the field of innovative education. You recently left that line of work to live a much more counter-cultural lifestyle: you live in a yurt, milk goats, coordinate a rural CSA farm, live in intentional community and write books. Can you talk a little bit about your own journey … how did you get from there to here?

A few years ago, it suddenly hit me: I was a human doing far more than a human being. Like many Americans I was so busy working for good causes that my own lifestyle had become an imbalanced prison, a life sentence of frenzied work that gave little room for anything else.  I wanted to live a more balanced, creative, grateful life. I didn’t want to work so much, spend so much, waste so much. Neither did my wife, Peg, who was my partner in school reform. We wanted to reboot, and find a balance, even though that’s hard to find in American fast-track culture. So we extricated ourselves from our oh-so-important roles and took our son with us to Ecuador for a year, doing service most of the time. When we returned to our home near Taos, we were able to start anew. We built a yurt in our backyard, rented out our house to dear friends, and decided to live more creatively, less expensively and less wastefully. My wife now works part-time, and I’m able to write, grow some of our own food, and invest myself in community projects. Our family life is now much more energy-lean, place-based and time-rich.

In your acknowledgements, you mention John Adam Battenfield, someone you refer to as your “tremendous, impossible ancestor.”  You say that he took up lodging in your soul, causing you to write this book. How so?

John Adam Battenfield was my great grand-uncle, a preacher who convinced hundreds of people that God was coming to end the world in 1923.  After the world didn’t end, two years later he attempted to raise someone from the dead, as Peter is recorded doing in the Gospels. When God didn’t arrive, when God didn’t show up in power, John Adam was devastated.  He spent the last thirty years of his life in a sanitarium, a broken man.

Why did he proclaim these extreme acts of divine intervention? John Adam was a true believer, courageous, without guile.  He yearned for God to be God—to do the tremendous things some of the Scriptures promise. Twice he put his whole being on the line and trusted God to show up.

My ancestor’s story fascinated me.  What happened in his soul when he knocked with all his heart and God didn’t answer?  Could there be any good news on the other side of feeling utterly betrayed by his Lord?

When I first discovered his story, I was haunted by it.  I felt drawn to write a biography.  I closely researched the historical facts, read his original writings, visited the ghost town of the end-of-the-world community he founded, stood at his pulpit, made etchings of his gravestone.  As I sat with his experience for awhile, however, I realized much of his journey was archetypal, universal, raw material worthy of a great story.  Can we find hope and meaning when the answers given by conventional religion no longer satisfy?

Do you remember the comedian Richard Pryor?  I remember him once saying, “I’m not sure if it all happened, but it’s all true.”  I took the life events of my ancestor and incorporated the details and the passion into a fictional story that might appeal to modern searchers who have walked away from a childhood view of God.  I hope important truths emerge, truths far more universal than the specifics of my ancestor’s life.

What is your greatest desire for your book?  What do you hope people take away from The Secrets of Leaven?

Richard Rohr says my novel is “a wild hope for a tame world—a spiritual roller-coaster that skewers everything we think we know about organized religion, social change, and human potential.  Prepare to have your life changed.”

If my novel could somehow help change lives—that would be great!

I have a nagging suspicion that institutional Christianity holds little good news anymore for modern people. It’s become fear-based, hide-bound, socially conforming and exclusionary—exactly the kind of religion Jesus warned us about.  Passionate, God-filled people today don’t want assurance that they have a golden ticket to some distant heaven; they want good news about transforming this world, their world, now, in this life.

My deep hope is that The Secrets of Leaven helps these people re-discover the Way of Jesus—that it allows them to re-imagine Christianity as the transformational, subversive, electrifying social movement it was meant to me.

Visit the Patheos Book Club for much more on The Secrets of Leaven – including a chance to win a free river rafting trip with author Todd Wynward! 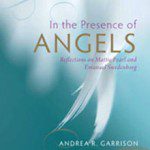 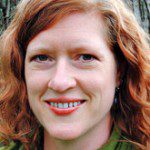