Like most people, I don’t personally know Rick Warren. But like so many, I feel as if I do. The best-selling author of The Purpose-Driven Life and pastor of Saddleback Church in Lake Forest, California, Warren has spent the last decade largely in the public eye, causing some to dub him “America’s pastor.” He has written and spoken to millions, and his down-to-earth style and straightforward messages have befuddled some and endeared him to others.

Like so many others, I grieved recently when I saw the news that the Warrens’ youngest son, Matthew, had committed suicide. The loss of a child–at any age–is among the most painful and life-crushing experiences I can imagine. Losing anyone in such a horrific and senseless way adds another layer of tragedy. This is one of those moments that remind us that even pastors need pastors. It’s also a moment when we can stop to learn a little more about mental illness, which affected the Warrens’ son Matthew, apparently for all of his 27 years.

Again, I don’t know the Warrens, and I can’t say what their son Matthew went through. But I can say their family is not alone. With more than 25 percent of the adult population suffering from a diagnosable mental illness each year, we are all affected by mental illness. Whether through own experience, a relationship with an afflicted loved one, or our interaction with a friend or acquaintance, we are all touched by its effects. And many families, like my own, read the news about the Warren family with the knowledge that their story could easily be our own.

Sadly, because so much fear and stigma surround mental illness, most suffering people have no idea how common it is. They don’t know they’re likely surrounded by others who suffer in the same ways they do. Shame keeps them quiet and deepens despair. In an email to church staff, Rick Warren said, “Only those closest knew that he (Matthew) struggled from birth with mental illness, dark holes of depression, and even suicidal thoughts.” In a church the size of Saddleback, with more than 20,000 people in attendance each Sunday, Matthew likely was surrounded by thousands of other people who also suffered from mental illness and their own suicidal thoughts.

As the Warrens grieve privately and we pray for them in their sorrow, I hope we’ll also take a moment to learn a little more about the pervasive and serious nature of mental illness–and perhaps begin to speak more freely and surround suffering people with loving community.

I see eight lessons for all of us:

As we allow the Warrens time and space to grieve, let’s think about who among us needs our help. Christians are well-positioned to care for our suffering neighbors and spread hope and acceptance among people who feel terribly alone. We can start by building loving communities, then we can start talking about mental illness without the fear and shame that have kept so many in the dark.

Amy Simpson is author of Troubled Minds: Mental Illness and the Church’s Mission (InterVarsity Press). She also serves as editor of Christianity Today’s Gifted for Leadership. You can find her at www.AmySimpsonOnline.com  and on Twitter @aresimpson. 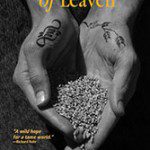 May 1, 2013
The Secrets of Leaven: A Q&A with Author Todd Wynward
Next Post

May 3, 2013 What is God's Favorite Place on Earth? A Q&A with Author Frank Viola
Recent Comments
1,823 Comments | Leave a Comment
Browse Our Archives
get the latest from
Take and Read
Sign up for our newsletter
POPULAR AT PATHEOS Entertainment
1

Take Time for Time: The Doc is Worth...
Time, a powerful new documentary directed by Garrett Bradley and available now...
view all Entertainment blogs
What Are Your Thoughts?leave a comment