On a Mature Christian Life: A Q&A with Matt Chandler

On a Mature Christian Life: A Q&A with Matt Chandler August 30, 2013 Guest Contributor 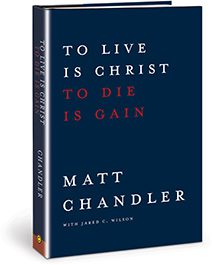 This month at the Patheos Book Club, we’re featuring the new book by popular author and pastor Matt Chandler To Live Is Christ, To Die Is Gain. Chandler explores the pages of the apostle Paul’s radical letter to the Philippians as a road map of sorts for achieving authentic Christian maturity.

Here, Chandler answers some questions about the themes in his book.

You talk about becoming a “mature believer” as an important part of growing as a Christian; can you briefly describe what you define as a mature believer?

What does it look like to have a mature Christian life? “Only let your manner of life be worthy of the gospel of Christ, so that whether I come and see you or am absent, I may hear of you that you are standing firm in one spirit, with one mind striving side by side for the faith of the gospel, and not frightened in anything by your opponents” (Phil. 1:27-28)

The Christian living a life worthy of the gospel of Jesus Christ is fearless, regardless of the situation. I believe that this concept is difficult for us even though most of us are not going to find our lives in danger because of our faith. At this point and time, even as Christians become more and more marginalized in the wider culture, it’s still highly unlikely that someone’s going to plot to murder you or even become aggressively violent toward you simply because of your faith. But there are still plenty of ways that fear and courage apply to our context. (p. 42-43)

You follow closely with the book of Philippians and Paul, what do you see in his experiences that will help a reader relate to what you are trying to express through your novel?

Most of us go to church with people similar to us. This is the natural tendency of all people. But the gospel is not natural. As we see here in the odd beginnings of the Philippian church, the gospel blows the doors off our tidy little hegemonic communes and creates a whole new community that never would have formed without it. Apart from the supernaturally reconciling ministry of grace, rich fashionistas are not doing life with poor demoniacs. It just isn’t happening. But because Paul is willing to put skin in the game, risking his own life to bring the message of life in Christ, what was once divided is now unified in love.

This is the kind of thing that emboldens Paul. This supernatural community makes him bolder in ministry because it gives him a clearer picture of the gospel’s effects among people. He really sees the gospel going forth into the world, bearing fruit, and growing (Col. 1:6). And it bears fruit within people too, just not among them.

The gospel creates a new reality that deepens our understanding of the world and our place in it. This is where Paul is going in the book of Philippians. As he remembers the powerful conversations he’s had with these people, he wants to bring to their minds the soul-strengthening assurance of life in Christ day-to-day, wherever they may find themselves—rich or poor, healthy or sick, alive or dead. (p. 28-29)

You talk about the fulfillment that Christ brings in “seeking the cross” versus the unhappiness that “chasing wind” will bring a believer, can you discuss this theory and how it relates to readers?

The reason the rich so often go away empty is because many of them constantly want more of that which will never fill them. As they’re set free to run in the imagination of their prideful hearts, their only option is to keep running. And running. And running and running. Because it’s like chasing the wind… When we do get what we desire, we find that the goalpost moved. We envision arriving at a particular place of contentment only to find that it’s constantly out of reach. It’s a mirage, like an oasis in the desert. We’re chasing the wind. (p. 72-73)

If there were one main theme that was your goal to get across to readers and believers, what would you want to be the main thing they leave your book thinking about?

Paul teaches that mature Christians are serious about the things of God and pursue God seriously, because when Christ is revealed in all His glory, we want to be raised with Him. We want all the riches. We want Him with us always. We don’t want a life-sized salvation; rather we want an eternity-sized salvation. So we don’t stop at conversion; we press on. Because we want to make it evident that we believe someone is going to step in at that final moment and say, “I paid for that. I absorbed that. What was due for that, I paid for it all, not according to their riches but according to Mine.” And on that day He will usher us into the glory that He deserved on our behalf. (p. 219)

How do you see the parallelism between a child growing into an adult in comparison to a Christian believer maturing in faith?

Like most parents with children my kids’ age, I am almost daily freaked out by how big they are getting. Gone are the days of changing diapers and burping babies after they eat. Compared to what they once were, all three of my kids look like Olympic athletes. There is no comparison between newborn Audrey and ten-year-old Audrey. She’s almost a completely different person. She runs, rides her bike, roughhouses with her brother, and loves to have her girlfriends come over to play. I sometimes feel sad about how big she’s grown, but the alternatives would be something much more serious and scary.

What if she didn’t grow up at all?

What if, instead of maturing and growing, she just stopped or reverted? What if as she turned two she still couldn’t walk or talk? What if by age eight she couldn’t read or dress herself? What if at ten she still needed me to carry her around and wipe the milk off her mouth?

Now don’t get me wrong—if those things were necessary, I would gladly serve her and God in this way. But isn’t this immeasurably more heartbreaking a thought than me not being able to hold her like an infant or enjoy her saying “hostible” instead of “hospital”? God created her to physically, emotionally, and mentally mature, and by His grace she has done just that! Our other two children are doing the same: growing. There are some parallels here to what we read about ourselves in Scripture. The Bible calls us to pursue maturity in Christ. (p. 9-10) 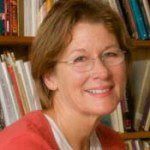 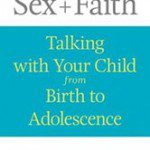 August 31, 2013 Talking 'Bout Sex ... and Faith: A Q&A with Kate Ott
Recent Comments
2,158 Comments | Leave a Comment
Browse Our Archives
get the latest from
Take and Read
Sign up for our newsletter
POPULAR AT PATHEOS Entertainment
1

Take Time for Time: The Doc is Worth...
Time, a powerful new documentary directed by Garrett Bradley and available now...
view all Entertainment blogs
What Are Your Thoughts?leave a comment