The First Thanksgiving: A Review

If the Beatles had sung their song “Imagine” with Thanksgiving in mind, it might have started like this:

Imagine there’s no turkey…
Forget the stuffing too…

Robert Tracy McKenzie, in The First Thanksgiving, hacks away much of the sentimental overgrowth of Thanksgiving. He’s not a revisionist who delights in saying that everything that we want to believe isn’t true. (I will not use the word “revisionist” again. McKenzie not only doesn’t like it but gives good reasons as to why we should leave it alone. So I will and not just here.) What’s left is an unvarnished look at what can be known of those people and those first days of what became America.

He spends a good three chapters on telling us who these people were and what led up to their arrival at Plymouth. Their insistence on living a faith that could breathe freely no matter the cost or where it took them has much to teach us. History in general and theirs in particular seems a good place to start. Many of us don’t know that those we call the pilgrims first fled England to what we now call Holland and only passed briefly back through England on the way to the New World. Fleeing England, the pilgrims sought to escape prison, torture and death for their faith while the migration from Holland was due to the scarcity of work that could provide a living.

McKenzie helps us understand the larger context of history itself, how history becomes history. On one side, he warns against seeing history through the lenses of our own tastes and interpretations. We hear that they believed in God and family. We believe in God and family so they must be exactly like us and we like them. Nothing could be further from the truth. On the other side, he warns us of putting our history on pedestals so that its actors become idols – perfect and sanitized figures only vaguely resembling the real forgers of history. All of our heroes had a shadow side living flawed lives.

Whatever their flaws, these people were tough. Their faith was cast iron with no expectation of God to shield them from suffering or death. They sought God for that but as the elements of a New England winter, disease, and starvation overtook many, they didn’t blame Him. Hard work would actually have been a respite from their daily routine. For example, they lived on the ship at the beginning and went ashore daily to work on getting shelter built. Then, at day’s end, they returned to the ship for whatever supper could be had and sleep. Here’s the catch. The natural harbor was so shallow that the ship had to anchor almost a mile off shore. So those working would plunge into frigid (think New England winter and what that would mean by “frigid”) water up to the waist. Then they worked all day in those clothes. Finally, they waded back out to the ship for what supper could be had and sleep as smaller boats on board were too damaged to sail.

The menu for the first dinner wasn’t nearly as bountiful as the pictures we grew up seeing. Everything was either roasted or boiled. It’s almost certain there was no turkey; it might not have been more than turnips and eel. (If you’re looking for a way to cut down on the crowd this Thanksgiving, just say, “Don’t bring a thing. Just come. We’ll have the eel in the oven and Sue will have dug up fresh turnips that morning.” If anyone still does show up knowing this, don’t let these people into your house.) They thought tomatoes were unhealthy and that corn was pretty much livestock feed and not for human consumption unless starvation was imminent. Sweet potatoes and cranberries were unknown. Swans were a delicacy. They loved beer but were suspicious about water. Indians may have been present but probably not by invitation and their presence would have made things tense for both sides even if they did bring venison.

Our pilgrim forefathers probably wouldn’t have approved at all of our having a holiday dedicated to thanksgiving. They didn’t believe in holidays in general and would have said that the church should have spontaneous days of thanksgiving throughout the year. They feared that to have one day would eventually enable people to tune it out, rendering the day largely meaningless. They might look with confusion and alarm at our feasts where, after we gorged ourselves, we would have leftovers for three days and complain about it. It would cause them grief to know that the prayer said before the meal might be the only prayer said all year. They needed each other to a degree that would deeply offend the narcissism of our time.

Our forefathers leave us with models of imperfect heroes in one last important way. We envision them as pilgrims on their way to the New World but once they arrived, the pilgrim thing was done because this was the Promised Land. That was not their understanding. Whether in England, Holland or the New World, our forefathers never saw being a pilgrim ending because they hadn’t arrived. As in Hebrews 11:13 says, “…they admitted that they were aliens and strangers on earth.” We’re very much at home, settled and comfortable, with our hopes, kingdoms, hungers to acquire and yearnings to become anchored in what only can be described and contained by time. And will pass away. Their faith sharpened their lives as pointing beyond themselves, their immediate circumstances, even the growing culture of their new land. Even in their imperfect lives (the way we portray them in picture and story would probably horrify them), they lived what Jesus Christ described as seeking first the Kingdom of God (Matt 6:33).

They are both very much like us in their ordinariness but unlike us in the living of their faith. We might feel uncomfortable in their midst without their doing or saying anything to provoke it. But even in their imperfections, they stretch us in ways and in directions outside ourselves the fantasy Thanksgiving crowd does not.

For more conversation on The First Thanksgiving, visit the Patheos Book Club here. 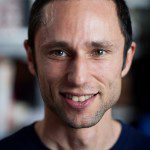 November 18, 2013
What Our Hearts Know: A Q&A with Charles Eisenstein
Next Post 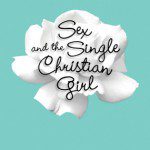