What Happens in Lent Doesn’t Stay in Lent 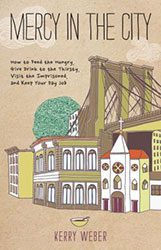 In a world where the only sacrifices that seems justifiable are those made in our own self-interest, there comes the annual observance of Lent for large tracts of Christianity. For forty days, observers give up habits and swear off desires as a spiritual discipline sharpening their focus on God and culminating in Easter. In my own Baptist corner of the Kingdom, that means giving up the idea of giving anything up. Keeping Lent can be shallow or serious depending on the practitioner. This introduces us to Kerry Weber, a young adult living in New York City.

As a young Roman Catholic, Kerry approaches one Lenten season determining that this year will be a stretcher. She determines, along with giving up alcohol and sweets, that she will perform the Corporal Works of Mercy as defined in the classic teaching of Thomas Aquinas. These works to be actively performed include feeding the hungry, giving water to the thirsty, caring for the sick, clothing the naked, sheltering the homeless, ransoming the captive and burying the dead. Sounds like a busy forty days and anyone publicly owning that last item on their Lenten list will probably be discussing it with the police.

In the first stages, one of Kerry’s friends comments, “So, you’re going to spend forty days doing what you should be doing all the time anyway.” Kerry journals her experience in Mercy in the City where she repeatedly revisits two important truths that are bigger than just forty days of Lenten practice. Kerry keeps coming back to the bedrock idea that this time will genuinely change who she is. To paraphrase, what happens in Lent won’t stay in Lent. More profoundly, faith that doesn’t get dirty in the lives of other people isn’t worth much. The Bible agrees. “Religion that is pure and undefiled before God, the Father, is this: to visit orphans and widows in their affliction…” (James 1:27) “But if anyone has the world’s goods and sees his brother in need, yet closes his heart against him, how does God’s love abide in him?” (I John 3:17). But Kerry isn’t writing for monks; her subtitle says we can do this and “keep your day job.”

Like all good writers, Kerry lets us walk around in her shoes, in the streets and her life. She has that knack of not taking herself too seriously that makes her story telling attractive in the brief chapters that move us quickly through her story. She uses humor. A British friend muses over her Ash Wednesday marking and asks respectfully, “Why do you have the Batman symbol on your forehead?” Friends suggested short cuts. One suggested that if he were hit by the mafia (or by an angry hipster) that she could knock off four or five of the seven corporate works as long as Kerry arrived at the scene when he was still alive.

Kerry gets a crash course in the dimensions of human need. Responding to human need exacts a price. As Kerry feels the fatigue in both body and mind that laps over from day to day, she muses “Can I burn out doing this?” The answer is “yes.” Only those who do it for real ever feel this; it’s the price paid by those involved with human need of all kinds at grass roots levels. She also slams into personal and situational inadequacy. What does she know or bring to the table that will make much difference? The short answer is “nothing.” That’s when you become humble enough to learn from the lowest and begin to genuinely serve. The need is so deep and pervasive. Can we do anything of real help in the face of it? She finds herself pushing a sandwich wagon and fending off the people who always want more than their share. The intertwining of human need and human greed she saw just evoked some dirty looks. Jesus saw it too (John 6:26). Giving aid in time of need without feeding the fallenness that perpetuates not only the need but the dependency comes as a tough lesson that can shorten the serving life of those who don’t get it.

Kerry also visited both Alcatraz (closed) and San Quentin (open). The first is a tourist site selling t-shirts and other memorabilia detailing the famous hoodlums who were kept there. She tells her mother (who shoved granola bars into their hands as children hurrying off to school) that in Alcatraz they had hot breakfast every day! San Quentin conveyed that hard intimidation found at all jails and prisons only at San Quentin it’s on an Olympic scale. The chaplain describes his struggle to separate prisoners from being the sum of their offense, to find and remember their humanity. He teaches theology classes to inmates. A friend of mind did something similar in a prison in the Midwest. They were some of the sharpest, most hardworking students he’s ever had. Kerry also conversed with a grave digger. Most now get dug out with a backhoe. But not always. Kerry’s interview subject was pretty much a blue collar guy and she wished she’d gotten more of an answer as to the spiritual import of his job. Kerry, here’s your real question: Has one of your graves ever caved in? Have you ever been buried in one of your own graves? It does happen; been there, done that.

In the subways and in the various groups she works with, Kerry starts to make eye contact, starts to have conversations and shake hands with people who may earlier have been invisible. And finds, impressively, that people are beings of vast inner space. She listens to ladies talk as they try on resale clothes and learns the name of a man who sits outside her work every day. She even thins out her own wardrobe to donate clothes as personal consumption tastes come under scrutiny. “The enthusiasm of the first weeks has worn off a bit. I have been worried that this process was starting to empty me out, to leave me more emotionally or spiritually drained than when I began. But perhaps I have been expecting too much too soon…Maybe this process isn’t leaving a void but a space that allows me to be filled with a new perspective, with a greater kind of love. God’s mercy works in strange ways. I don’t know where this process will lead me, but it’s becoming clear that wherever I end up, I won’t be the same.”

Kerry Weber won’t be the same. But will we? That’s the lingering question that readers of Mercy in the City risk. We will have far less excuse to not get some knocks and dents on our life on behalf of others after reading her good work. This is someone like us, with a real job, real responsibilities and stresses. But she did more than stick her toes into seven different areas of major need that we don’t have to go to New York City to find.

Read an excerpt from Mercy in the City at the Patheos Book Club here! 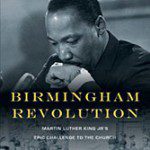 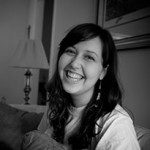 February 18, 2014 Mercy in the City: A Q&A with Kerry Weber
Recent Comments
41 Comments | Leave a Comment
Browse Our Archives
get the latest updates from
Take and Read
and the Patheos
Entertainment
Channel
POPULAR AT PATHEOS Entertainment
1

Common Grace, 2.63
Kuyper on our obligation to resist suffering and death
view all Entertainment blogs
What Are Your Thoughts?leave a comment